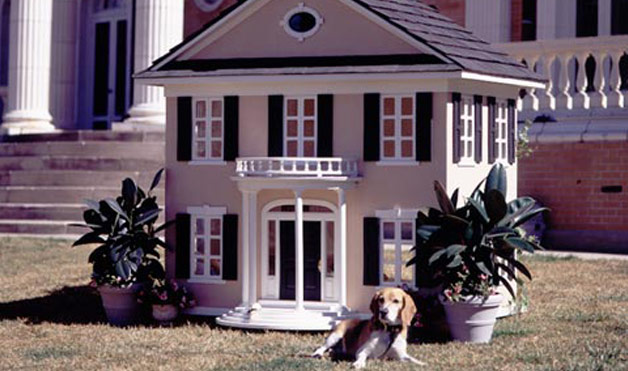 Today, in honor of President’s Day, we have compiled a list of all the pets that have lived in the White House. Each of our Presidents have had at least one pet during their term, with the exception of Chester Arthur, who is the only Commander-in-Chief to never own a pet.

All told, 90 dogs have lived in the White House (to date), along with a number of cats (Lincoln had the first inaugural cat), a few parrots, many horses, and even a badger, bears, an alligator and a wolf.

Washington was the ultimate animal lover. In fact, he once returned a British general’s dog under a flag of truce! He had his favorites though, and Nelson – his horse – was one of these. He rode Nelson when he accepted General Charles Cornwallis’ surrender at Yorktown, the battle that ended the Revolutionary War. Here’s a list of his other four-legged family members:

While Washington loved his horses. In fact, it was Adams who built the first White House Stables for his favorite horse, Cleopatra. He and his wife, Abigail, also had two mixed-breed dogs named Juno and Satan.

Jefferson had a Mockingbird named Dick and two Briards (dogs), who were gifts from General Lafayette. But he was better known for his bear cubs.

In 1807, an explorer named Zebulon Pike sent two bear cubs to Jefferson. The President kept the cubs briefly on the lawn near his house until he sent them to Mr. Charles Willson Peale for his Philadelphia museum. The cubs were never given names by President Jefferson and were eventually given to the Peale Museum.

Not big on animals, but he did have a green parrot that actually belonged to his wife, Mrs. Dolley Madison.

Didn’t have many pets, but did have a spaniel belonging to his wife, Maria Monroe.

In 1826, the Marquis de Lafayette gave John Quincy Adams an alligator. The alligator actually lived in the White House (in a guest bathroom) for several months. His wife, Mrs. Louisa Adams, also raised silkworms! She used the silk for her elegant gowns.

Sam Patch was Jackson’s wartime mount. He also had several racing fillies named Emily, Lady Nashville and Bolivia. Truxton, was also one of his champion race horses and he kept many other ponies. But he didn’t only love horses – he also had a parrot named Poll who cursed like a sailor! We’re not sure who taught his parrot that nifty trick.

A gift from the Sultan of Oman resulted in the first pair of tiger cubs arriving (and living for a short time) at the White House. Congress eventually forced him to send to the pair to a zoo.

Hudson kept a billy goat and a Durham cow during his presidency.

Tyler had a horse named, The General and a pair of Italian Wolfhounds that he imported for his wife, Julia. When The General passed on, Tyler buried him on his estate, Sherwood. His gravestone bore the inscription: “Here lies the body of my good horse ‘The General.’ For twenty years he bore me around the circuit of my practice, and in all that time he never made a blunder. Would that his master could say the same! John Tyler.”

It is said Polk learned to ride before he could walk and had a great love of horses, but it’s not clear if he kept horses or other pets at the White House during his term. We suspect he did.

Taylor’s favorite horse was “Old Whitey,” a wartime mount. He also had a canary named Johnny Ty who died shortly after they tried to pair him with a mate (only to discover it too was a male). While Taylor provided a home on the White House grounds for Old Whitey, it was later discovered that visitors often pulled a hair or two from Whitey’s tail for a souvenir. 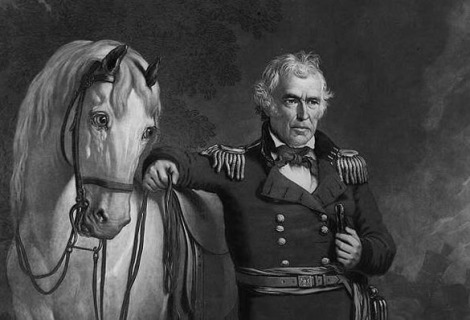 Fillmore was an avid animal lover with multiple pets (although we haven’t discovered the exact number). He was a founding member and president of the Buffalo chapter of the American Society for the Prevention of Cruelty to Animals.

No animals were known to have resided at the White house during his tenure. However, Commodore Perry once brought him two tiny “sleeve dogs” from Japan and gave them to Pierce. The President kept one of the dogs and gave the other to Jefferson Davis. Davis later became president of the Confederacy.

While we’re not sure if they were really pets, Buchanan was given a herd of elephants from the King of Siam. He was also given a pair of Bald Eagles, and he had a Newfoundland (dog) named Lara.

Lincoln loved animals as much as he loved people. His animals included a turkey named Jack (the first to receive a Presidential Pardon on Thanksgiving), and a cat named Tabby who has the distinction of being the first official White House cat. Lincoln also had a pig named Fido, and ponies belonging to Tad and Willy Lincoln. His son, Tad Lincoln, kept a white rabbit and two goats named Nanny and Nanko.