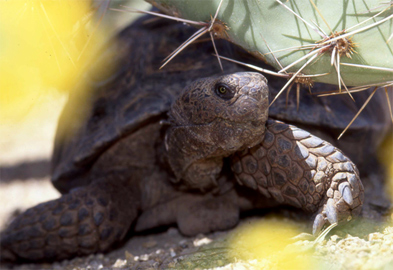 While desert tortoise numbers appear to be declining in the wild, the number of tortoises being held in captivity is increasing at an alarming rate. The Arizona Game and Fish Department, through its Tortoise Adoption Program, has been working for 30 years to educate the public about desert tortoises. Two of the elements of the program that are considered essential to avoiding overpopulation of captive desert tortoises are:

Just like cats and dogs, there are currently more desert tortoises available for adoption in Arizona than there are homes willing to have one as a pet. Once captive, desert tortoises cannot be released back into the wild as captive animals can pass on upper respiratory tract disease or pathogens to wild tortoise populations.

“Without the public’s help in keeping wild tortoises wild and preventing backyard breeding of captive tortoises, Arizona has the potential to end up with a conservation challenge similar to the one being faced by the closure of the tortoise conservation center in Nevada,” said Cristina Jones, Arizona Game and Fish’s turtle program coordinator. “The public must do their part to help this iconic desert species.”

Desert tortoises are native to the southwestern desert and can live up to 100 years. They grow to be about 15 pounds and hibernate in the winter months. A desert tortoise can produce up to 12 hatchlings per year, which then must remain in captivity to protect wild tortoise populations. 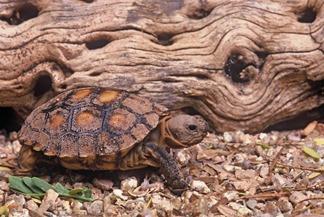 For anyone interested in adopting a tortoise, there are plenty of opportunities through the Arizona Game and Fish Department. Visit this page for more information on feeding, caring for, and creating a habitat for a tortoise. A desert tortoise adoption packet, which includes the adoption application, can also be downloaded at this site. There is a limit of one tortoise per household to prevent breeding.