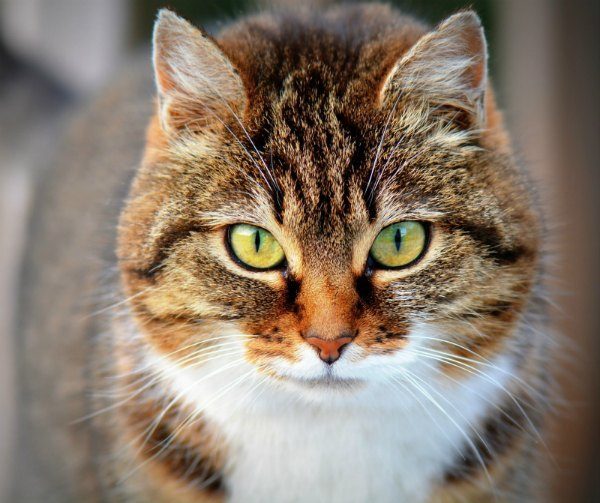 According to a recent poll in the Journal of Cat Behavior, eighty-six percent of feline-caretakers believe they are victims of their cats bullying behavior.

The study, conducted over a period of three years, included over 1,500 cats and their caretakers at a cost of nearly $3 billion. The report issued shocking results.

Seventy-six percent of caretakers that were studied disclose that their cats habitually “…walk across them in the middle of night;” and a shocking 82% of cats sleep directly on their humans’ pillow – an act that many interpret as “bullying” behavior.

“We do not believe that cats are mocking their caretakers,” says Dr. Kitty Nip, a feline behavioral specialist working with the popular website, PetsWeekly. “It’s simply one of many ways that cats show love.”

“It’s disrespectful behavior,” Spot says. “Cats aren’t pets – they’re wild animals. They are very unlike a dog, a pet which can be trained and openly demonstrates love by doing what we ask of them. Felines have been known to openly mock their owners, many of whom work long hours each day to pay for specialty canned food and cat litter.”

His comments are ‘bones of contention’ for many cat lovers. But the study proves Spot may have a point.

Twelve percent of those polled report that their cat repeatedly sleep on their head and deny their human even a portion of the pillow. A remarkable 98% report that their cats refuse to come when called. One owner even stated that his cat “used his computer to surf for pornography” while he was away at work for the day.

Forty-six percent of felines allegedly claw expensive furniture while completely disregarding their humans, many of whom are forced to walk through their own home with a spray bottle. “It’s embarrassing that my cat refuses to listen to me,” said Brian Wilson, owner of a Norwegain Forest Cat.

The report also included startling insight into cat behavior. The study reported that particularly “difficult” cats tend to avoid easily-cleaned tile flooring and instead regurgitate hairballs onto expensive oriental rugs. However, the majority of cats who were interviewed deny this allegation.

According to the study, public humiliation is another secretive aspect of life for those who own cats.  “There have been times when I had a good friend over who is very allergic to cats,” says Keenan Jones who is owned by a female tabby known only as Kyra. “Despite my previous warnings, Kyra repeatedly tried to jump into her lap.”

Jones reports that her cat also weaves around her legs as she walks, intentionally making her trip and fall. “It’s really quite humiliating.”

Kyra, her cat, rejects these allegations and has retained legal protection while the charges are investigated.

Dr. Cat Nip, a noted feline psychologist, believes that owners should allow their cats to bully them. “Cats are independent creatures and must be allowed to feel superior. Discipline is considered the ultimate act of betrayal to a feline. They were once treated as Gods in Ancient Egypt and they deserve the same standing in this day and age.”

Says John Jinks, owner of two tuxedo cats and two calicos, “It’s shameful that I provide food and water, clean litter boxes, and provide veterinary care for my cats through their numerous ailments – only to have them refuse to come when called. But, really – what can I do?”

President Obama recently acknowledged the growing problem and has publicly stated that only dogs will reside in the White House. “Unfortunately, there will not be a First Cat during my presidency,” he stated in a recent town hall meeting.

Note: This article is intended to be a humorous look at life with cats and not intended to be taken seriously. The names have been changed to protect the guilty and it is important to note that no cats (or humans) were harmed in the writing of this article.