Feral Cats In Your Backyard 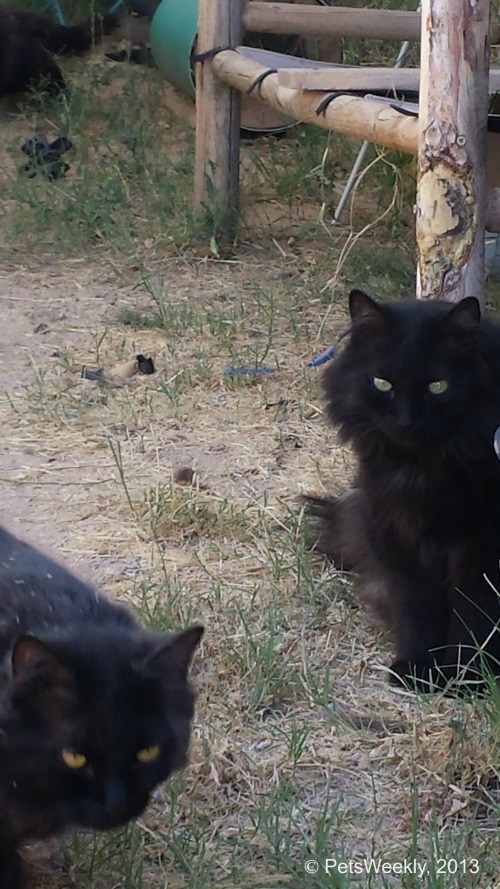 For the last twenty years, I have participated in TNR – both in outreach efforts and actual clinic time. During this time, I have lived with domestic cats and cared for a small colony of feral cats. This has not always won me friends, but I take the care of pets seriously and don’t believe that animals should suffer for irresponsible humans. For this reason, when we moved to a new home further out from the city, we moved our feral colony with us. This is neither easy to do, nor recommended, but it is possible if you’re committed.

Because we were moving into an area where wild dogs, coyotes, and big cats are prevalent, it was important for us to move the ferals into an enclosure. We built one that takes up a large section of our backyard and is connected to the house with a doggy door where they can be inside (if they wish) for the air-conditioning and heating.

The move was a big challenge for everyone, including the cats, who were moving from having the run of the city to an enclosure. While I can’t say that everyone will be as successful in bringing outdoor cats in, I can say that it was necessary in our case. There are coyotes and snakes and vast areas of open desert out here. It’s not safe for cats to run loose. Had we simply turned them loose in the new neighborhood, it would have resulted in lost and injured cats.

This new environment did not come without growing pains for all of us, but it has ultimately been very successful. I want to share a few tricks we learned about how to make this change as painless as possible for everyone.

Once we got through the initial trapping and relocation stages, our work was cut out for us. We had eight feral cats who had no interest in being around people, yet now they were trapped in a big enclosure. The first thing we did was make sure they had plenty of hiding spaces. That meant indoor and outdoor furniture, air-conditioning and heat, and easy access to the outdoor area. We set up plenty of hiding spots for them by draping blankets over large pieces of furniture (Feline Furniture

works best for this) and created fun climbing areas that allowed them room to hide and explore. 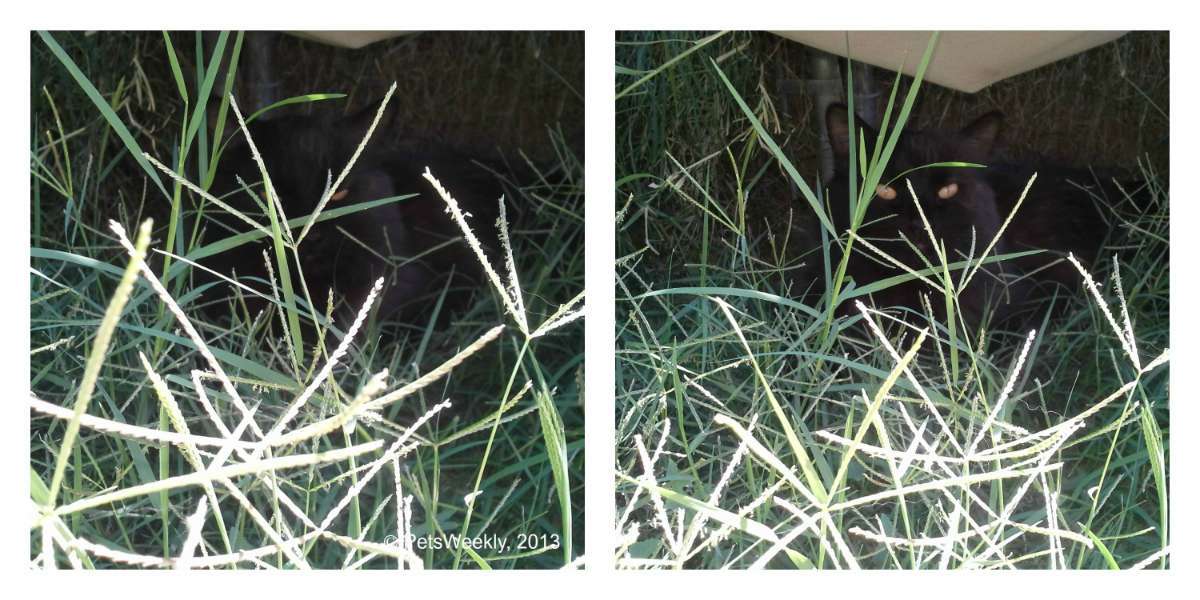 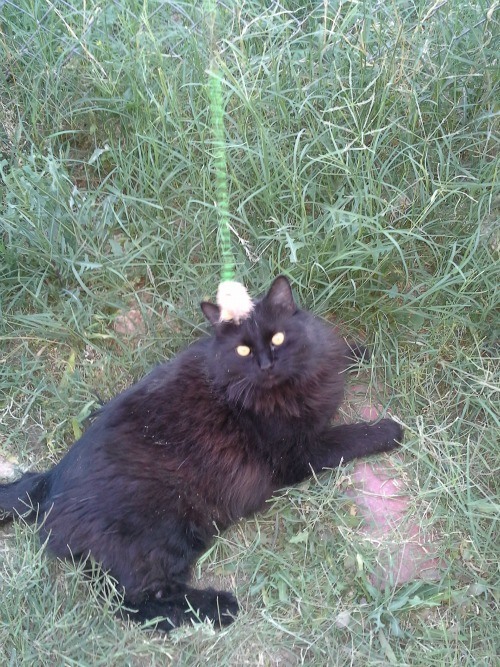 We initially had a problem with three of our wildest ferals bullying the other milder cats. Our normal trick of brushing each of them with the same brush (which transfers scent nicely) didn’t work anymore because these cats were not the “sit on your lap and be brushed” type of cats. Corner them to pick them up and you were faced with a blur of moving teeth and nails that could inflict more damage in a five-second interval than a domestic dog eight times their size. Instead, we relied on natural calmants, including Feliway and Rescue Remedy. We also incorporated playtime. Yes, you heard me right. Playtime…

It took some time to find a toy that we could use to capture the attention of these ferals, but once we tapped into their primal instinct to hunt, the choice was clear. Neko Flies sent us some toys to try out with them, and that has made all the difference.

As they were already accustomed to having me in the enclosure, it wasn’t much of a jump for them to use this lifelike toy to get their attention. We started out with the Foxifur Kittenator

lure. This is a perfect bait for our ferals as they naturally migrate towards the scent and look of the mouse-like toy. It is specifically designed for cats who are stealth hunters and crave hunting action. The movement can be perfectly handled to mimic that of a real life mouse.

Within a week, even the wildest of our feral cats were scampering after the mouse toy – tails flitting back and forth, ears forward and whiskers at full attention. Within two weeks, the three bullies were waiting at the door for me to come in with the toy each evening. They enjoyed it so much, we were unable to leave the toy in the enclosure with them or they would eat it!

I’m happy to report that with evening playtime, the cats have stopped bullying the others and are now happy to be safe in their enclosure. It’s made everything easier – from feeding to cleaning  – as we no longer have to worry about frightening them as we come in and out. I’ve even been able to pet all three of them (not for a long time, but I can at least approach without them running away most days).

This is just another reason I love NekoFlies toys. There isn’t another toy like them on the market, and it’s made my life with my ferals a hundred times easier — it’s one of the few ways I know to tame the savage beast!