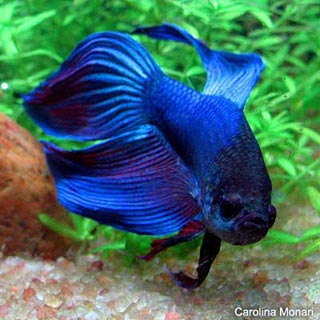 These are a few fun facts about fish. We think you’ll find them quite informative and entertaining!

What is a person who studies fish called: An ichthyologist.

How are fish identified: A combination of the number of fins and their characteristics, scale counts, general features, colour, maximum length and distribution are used.

Difference between male and female fish: In some species the males and females have different shaped bodies or different colouring; in other species there is no visible difference.

Some fish have lungs and breathe air, but most breathe through gills. Gills are made up of thin sheets of tissue richly supplied with blood vessels. As water passes over them dissolved oxygen is absorbed into the blood and waste products such as carbon dioxide pass out into the water. The gills are protected by a large bony plate called an operculum.

What is a lateral line

The lateral line is a row of scales that most fish have along their sides, stretching from their head to tail. Under these scales are a system of fluid-filled canals and specialized cells which transmit vibrations to the brain. The lateral line helps fish to detect objects including predators and prey.

Why are fish slimy: Fish secrete a type of mucus from their skin. This slime coating is important because it provides protection against parasites and diseases, covers wounds to prevent infection and helps fish move through the water faster. Some species release toxins in their slime which ward off attacking creatures while others use their slime to feed their young.

Other fish, birds (e.g. pelicans, cormorants and herons), snakes, turtles, crustaceans, some insect larvae (e.g. dragonfly larvae), and humans. In other parts of the world there are also animals such as wild cats, wild pigs and bears that feed on fish. 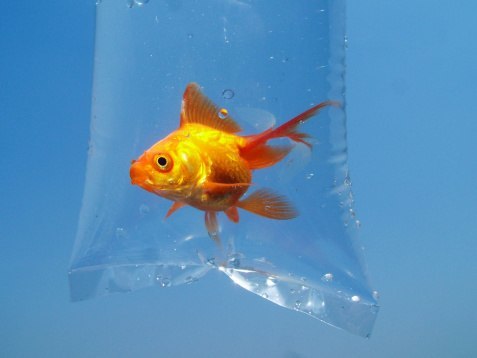 It’s believed there may be 28,000 different fish species and more than likely, much more than that!

The world’s largest lake trout was caught on the Saskatchewan end of Lake Athabasca, Canada, and weighed in at 102 pounds.

Fish have been on the earth for more than 450 million years.

Fish were well established long before dinosaurs roamed the earth.

There are over 25,000 identified species of fish on the earth.

It is estimated that there may still be over 15,000 fish species that have not yet been identified.

There are more species of fish than all the species of amphibians, reptiles, birds and mammals combined.

Over 40% of all fish species inhabit fresh water, yet less than .01% of the earth’s water is fresh water.

The spotted climbing perch is able to absorb oxygen from the air and will crawl overland using its strong pectoral fins.

Some fish like sharks don’t posses an air bladder to help keep them afloat and must either swim continually or rest on the bottom.

Some species of fish can fly (glide) others can skip along the surface and others can even climb rock.

Fish have a specialized sense organ called the lateral line which works much like radar and helps them navigate in dark or murky water.

The largest fish is the great whale shark which can reach fifty feet in length.

The smallest fish is the Philippine goby that is less than 1/3 of an inch when fully grown. 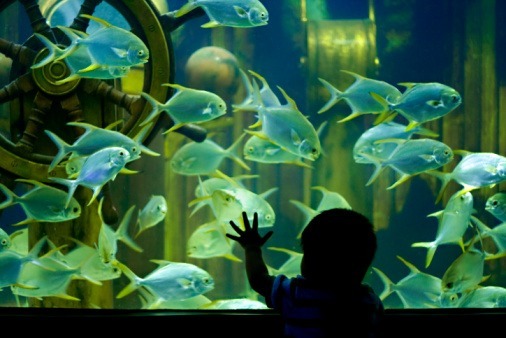 How to Keep Your Dog Out of the Koi Pond
PetsWeekly, 2021 ©All rights reserved.