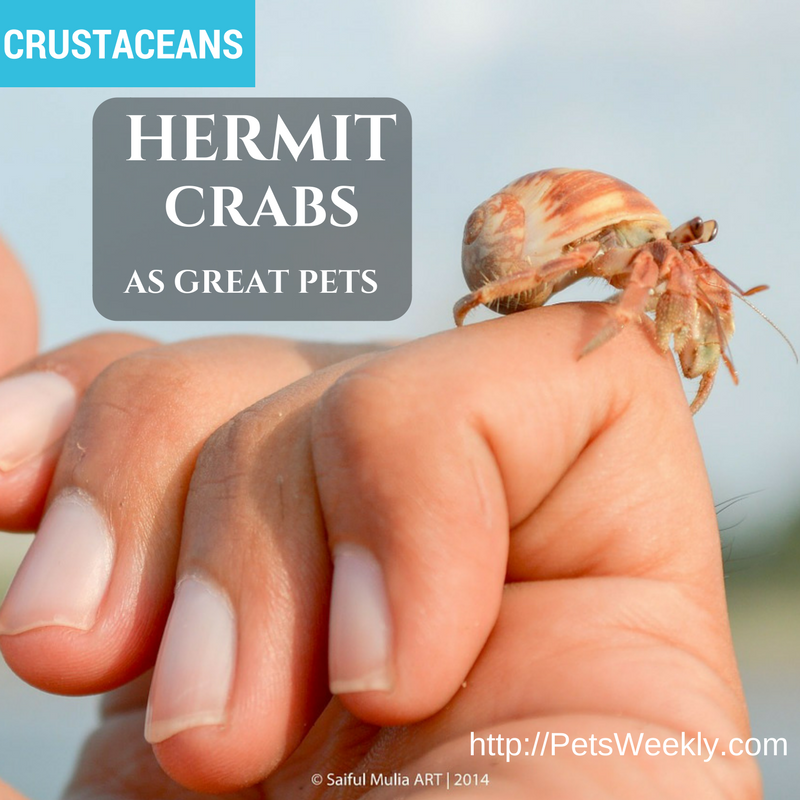 I was fifteen years old when my nieces and I bought our first land hermit crabs. It started out as a biology project for my niece but evolved into a wonderful hobby I have enjoyed as an adult.

If you’ve never owned one of these adorable little critters, you’re probably asking; what is a land hermit crab? They are small crabs that enclose themselves into their shells with their large purple “pinchers” (claws). Land hermit crabs can be purchased at pet stores and at novelty shops at the beach. They make good pets and are a lot of fun.

The species Coenobita clypeatus is commonly referred to as “land hermit crabs” “tree crabs” or purple pincher crabs. The name fits because this species lives on land and can often be found living in trees. They can be found in the wild in South Florida, South America, Africa, and Asia. They never fully submerge themselves into the water because they are land hermit crabs and will drown. They are non-aggressive and will only pinch you if they feel they are going to fall out of your hand. Like lobsters, shrimp, and crabs, they belong to the class Crustacea but can be found as far as a mile from water. There are several different families of hermit crabs and hundreds of species with shells that come in a spectrum of colors such as the Strawberry Crab.

One of my favorite activities as a crab owner has been setting up a tank for my hermit crabs to live in. I have built habitats for them that had second levels with hideaways and nets, and I have even put decorations in the habitats. At one point, I found myself with five hermit crabs, a small number compared to other people who have owned more than 100 hermit crabs.

Hermit crabs are very active and have their own personalities and antics. Sometimes at night, I would hear them communicating with each other by making chirping noises, a common behavior among crabs in captivity and in the wild.

In the morning, I would check on them to find the tank had been rearranged with water and food dishes buried in the substrate or sometimes moved to another location.

Hermit crabs are NOT throw-away pets.

Each one has the ability to form a unique bond with its owner. I’ve owned crabs that were extremely outgoing and that would come out of their shells to greet me the moment I picked them up, and I’ve had others that never showed their faces unless  they came out to eat or drink. I always owned more than one because, despite the misleading name, these creatures are very sociable and have been seen traveling in packs in the wild before they were caught and sold as pets.

There are a lot of misconceptions about hermit crabs, and as a former hermit crab owner, I always take every opportunity I can to make sure people and potential buyers know the truth. Seven myths surrounding Hermit Crabs:

They can pinch with their claw but they do not have teeth. 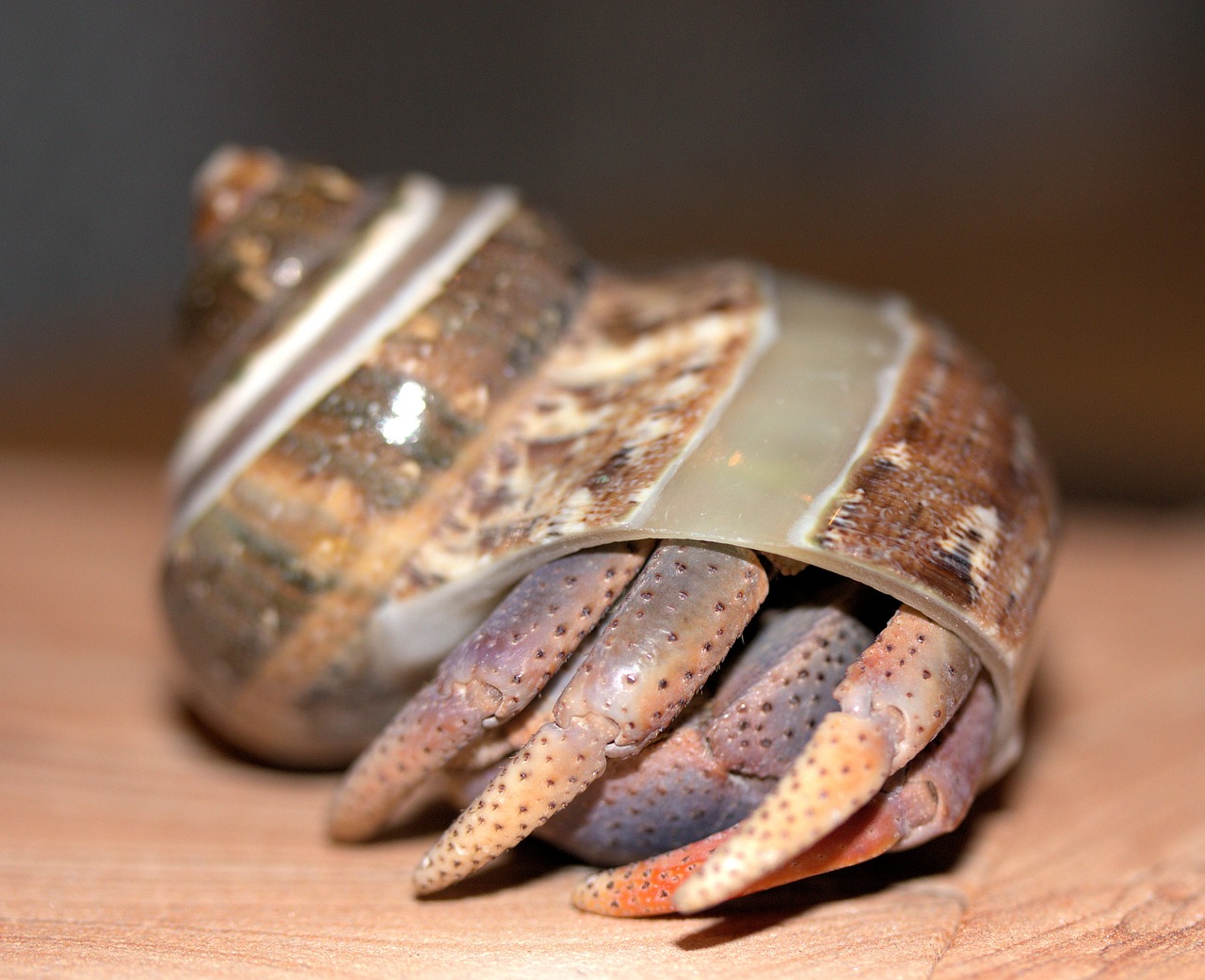 A land hermit crab can only get as dirty as you let it. Due to hermit crab products being sold in the same area as reptile supplies, people have mistakenly assumed they carry diseases like salmonella and other bacteria. In fact because the hermit crab sheds its exoskeleton it becomes hypoallergenic.

The lost limb will grow back, this also includes a missing leg or antennae. In the wild when a land hermit crab loses its big purple claw, it make them vulnerable to predators. It is the big claw that encloses the crab in the shell. In captivity, it has no predators to worry about, except its cage mates.

In rare cases, a hermit crab will rip another crab out of its shell, if the opposing crab wants the shell for itself. Give your hermit crabs plenty of shells to choose from and this shouldn’t be a problem. 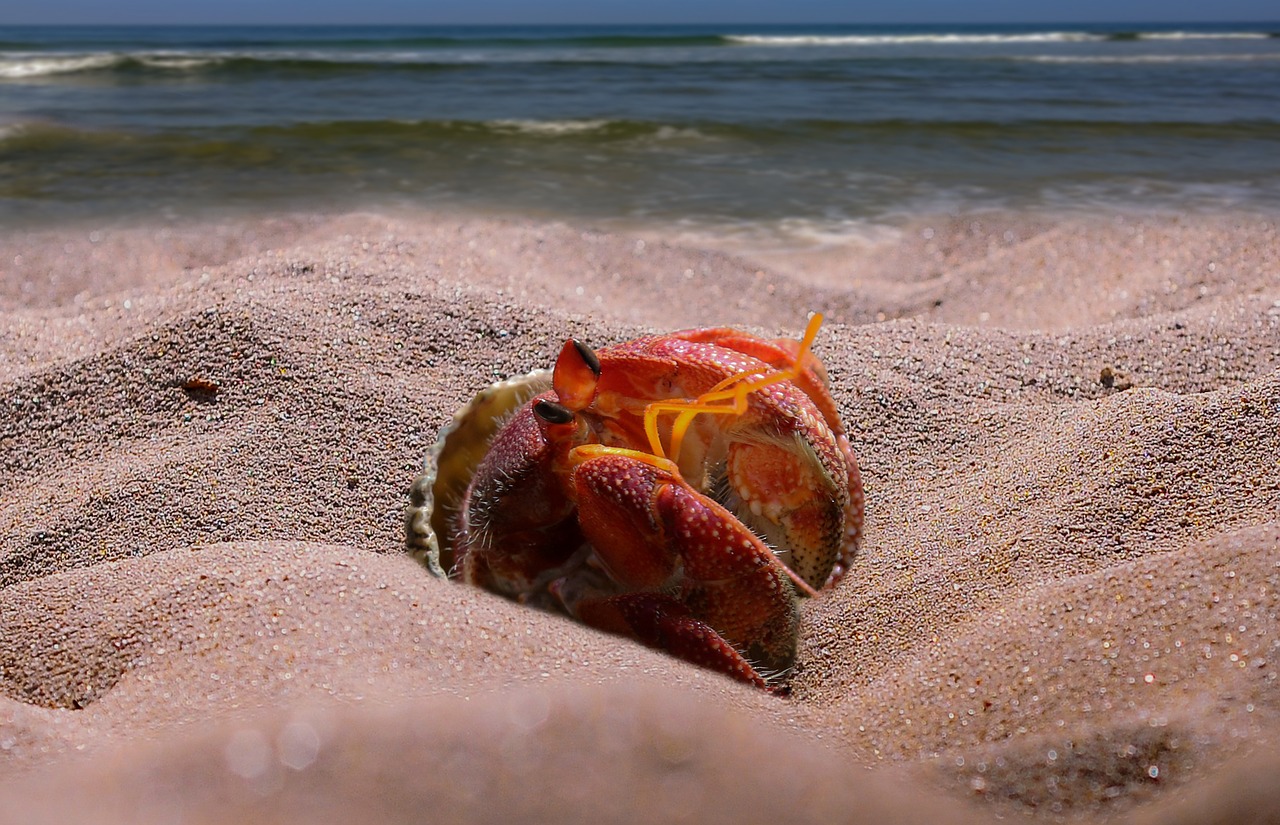 [heading style=”2″ color=”#33bfde” style_color=”#33bfde”]Myth: Using a shell dish causes calcium to be added to the water.[/heading]

Only a negligible amount can make its way into the drinking water but not enough to make a difference in the crab’s nutrition. The same water would have to sit in the same dish for days before it would absorb anything even vaguely approaching a beneficial calcium level. Do your crab a favor and give him or her a chunk of cuttlebone in the tank, or add some ground cuttlebone to their food. They will ingest much more important calcium that way. Don’t put the cuttlebone into the drinking water it will only get slimy and foul the water.

All hermit crabs will attempt to dig into the substrate to molt but if the substrate is kept bone dry or is not deep enough, they will be unable to dig and will “give up.” This is the reason why some people report that their hermit crabs “voluntarily” molt on top of the sand.

Place a water dish in the tank deep enough for them to submerge their entire bodies in but place pebbles on the bottom so they crawl out and not drown . The hermit crabs can walk into it and carry a little bit of water in there shells like they do in the wild.  This shell water keeps their abdomen and gills moist enough to properly function. Without adequate moisture they suffer from respiratory distress and eventually death, despite being land hermit crabs. 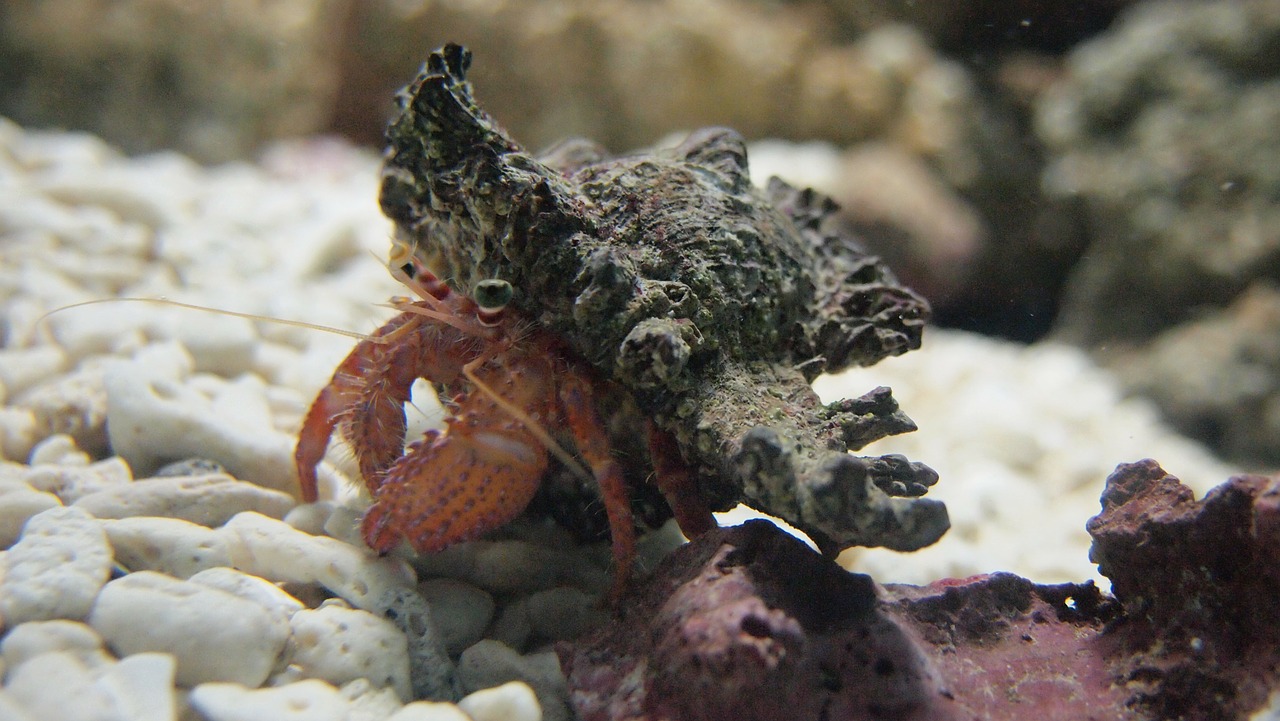 Boil the shell and make sure it’s completely cleaned out first. Rinse it in the tap and pour out the water repeatedly.  Let it boil for five minutes and allow it to cool. Soak it overnight if the shell was recently occupies and especially if the crab came from the store recently.

The fascination with hermit crabs has sparked a fire of interest with pet owners, and there are a number of websites and online forums where hermit crab owners exchange information and lend support to each other.

Hermit crabs can be a joy and an amazing experience but don’t do it on a whim or because your child thinks their cool or neat. Do it because you know you can give them the care they deserve.

Jonathon studied advanced fiction writing, magazine writing, travel writing, photography, travel photography, Japanese language, and nutrition, at Pasco-Hernando State College. He is the proud owner of a chihuahua and a lover of all animals big and small.