Caring for Your New Betta Fish

If you’re thinking of adding a small, relaxing desktop aquarium to your work place, you can’t beat betta fish.

Bettas are the perfect beginner fish. They take up very little room, don’t need a ton of care, and will swim to the side of the bowl every time they see you, begging for food and attention. They are easy to train if you have the patience and interest in doing so.

In many ways, betta fish are like having low-maintenance dogs (without fur).

Note: We use affiliate links where possible. Thank you for using them to support our site.

These beautiful fish are native to Southwestern Asia, where farmers found them living in rice paddies and began to raise them for their colors and their fighting ability. At one point, men would even wager money on fights between bettas.

Thanks to new laws and education, such an act would be considered animal cruelty. 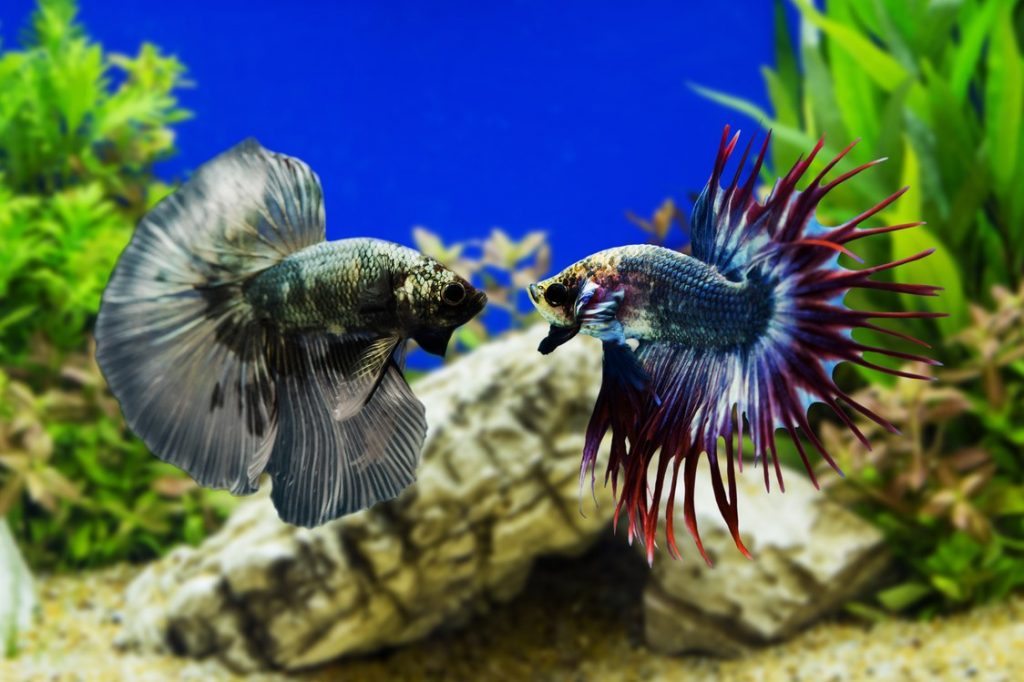 An example of opercular flaring in betta fish

All About Betta Fish

It’s pretty simple to tell the difference between male and female betta fish.

Female bettas have long, narrow bodies and generally shorter fins. They are less vibrant than their male counterparts, but still colorful.

Male bettas have bright colors and long, flowing fins to attract females. However, they are highly aggressive toward other males (so aggressive that they will often attack anything that resembles another betta fish). Some will even attack their own reflections…

When a male betta is threatened or spots another fish, it will flare out its gill covers, which is called opercular flaring. They will also spread out their dorsal and tail fins, making them look larger and more threatening. Then, the betta will beat its fins rapidly and charge towards the other fish.

This is why it’s important to keep male bettas in a tank by themselves.

Depending on the fish and your own experience, you may eventually be able to introduce crabs and perhaps a Plecostomus to the tank. You’ll want to avoid any other fish with tails or fins, as they may be bullied by the male betta.

Always exercise caution when introducing fish to a community tank – use an aquarium divider until you can effectively gauge their reaction to one another.

Bettas are available in a variety of different colors. There are even several different variations available in pet stores. Here are a few types of betta fish:

Did You Know: With proper care, your betta can live over five years!

Male bettas are the ones that are typically sold, but many pet stores sell female bettas and even baby bettas as well.

Female bettas are generally less impressive in appearance than male bettas, and baby bettas may not have developed the striking color and fins of an adult.

When purchasing a betta:

Males: Male bettas must be kept in an individual tank by themselves. They will attack other male bettas and anything with long fins that resemble a betta (including guppies, goldfish, and even female bettas).

In the wild, attacked fish can always retreat and swim away, but in a tank, there is no escape and the male will continue to attack and bully the other fish until it dies. For this reason, male bettas should be kept alone.

If you have a large enough bowl and truly want to give your betta a companion, choose something that does not resemble another fish. Some aquarists add other types of animals, such as dwarf frogs or snails, in the tank with no problem.

If you chose to add a frog or other species, make sure that you have a tight-fitting lid on your tank that still allows airflow. Frogs can jump out of the tank, and snails will slug their way out without a problem.

Be sure to add plenty of areas where fish (and frogs) can hide or otherwise escape the betta fish. 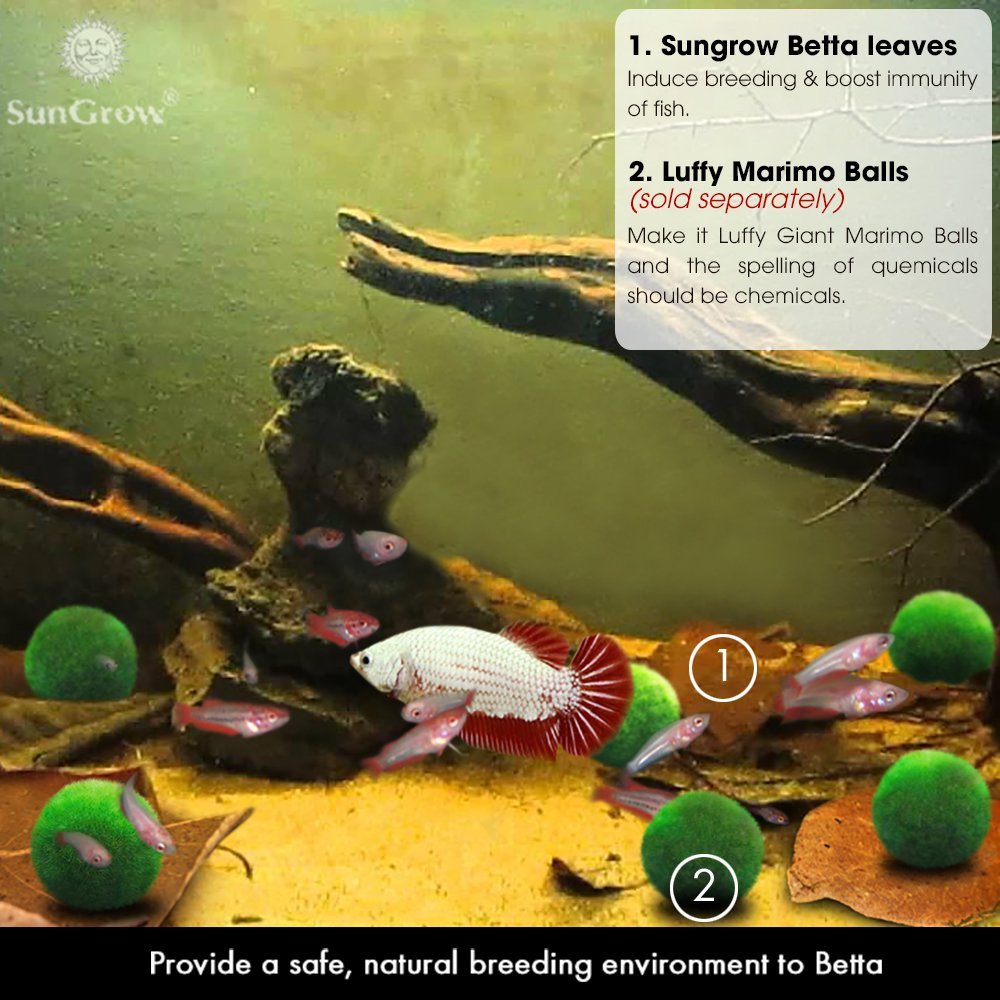 Bettas are able to survive in small tanks because of the labyrinth organ, which allows them to breath air on the surface of the water.  While they do seem to prefer small spaces, that doesn’t mean they should be crammed in a tiny bowl.

Bettas need a minimum of one gallon; they cannot be kept in the small containers that you bring them home in, and you shouldn’t use the smaller betta bowls that many pet stores advertise. Most single bettas do best in 2-5 gallon tanks. Be sure to give your betta enough room to swim around and display its beautiful fins.

If you are keeping multiple females together, a ten gallon tank should be fine. Be sure to give them plenty of plants and spaces to hide in. Your new tank should also have a gentle filter and heater designed for the tank size you are keeping them in.

Be sure to perform weekly partial water changes to ensure the health of the tank.

Bettas are semi-tropical, which means they are happiest and most active at temperatures of 75-86 degrees Fahrenheit.

Many pet stores sell heaters for smaller tanks or you could purchase a 5-gal or 10-gal kit. Read the instructions carefully and be sure to purchase a tank thermometer that sticks on the tank if it doesn’t come with the kit. Place along the top (because heat rises) and bottom (because cold sinks). Keep a careful eye on the temperatures to make sure it doesn’t get too cold or too hot.

When choosing a filtration system, remember that bettas do not like strong currents, as it can damage their fins. If you purchase a filter, make sure that it has a very weak flow and current, and will not stress out your betta. If your betta is fighting against the current and trying not to get sucked in the filter, the end result will not be pleasant.

5 Steps to Setting up your First Aquarium