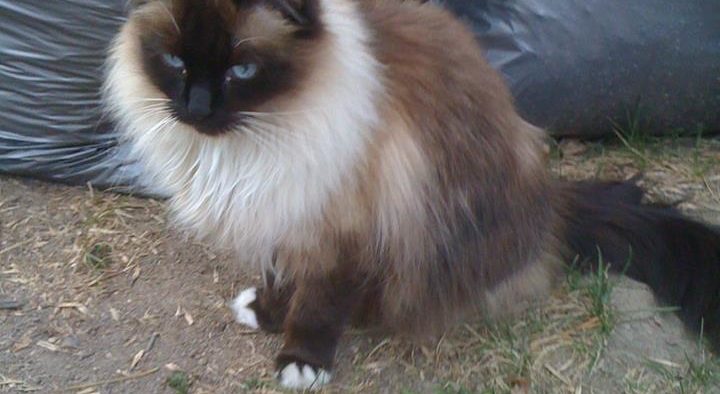 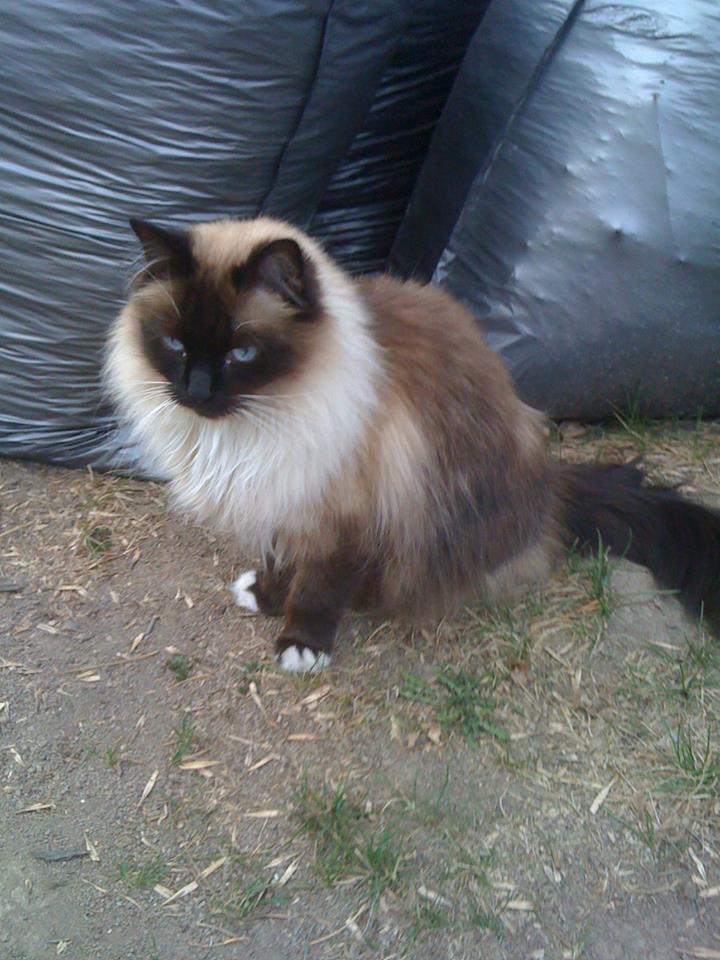 Note: This is a lovely story from a committed feral cat volunteer and fellow animal rescuer, Ethan Rutkoff. I hope you’ll leave a comment so he knows how much it means to us that he continue his great work. Without further ado, I give you “Close Encounters of the Furry Kind.”

I come in the dark from distances no one knows of, from the outer reaches of the out there.

I arrive in a huge contraption of some sort, inhaling environment, and spewing odorous waste. It is noisy with all sorts of undetectable, unnatural sounds, and has lights all over it. It is burning hot, and truly looks ominous and impenetrable.

I slowly turn into the alley, stop and dim my lights. Pairs of shiny little beads pop up, each topped by pointed oversized ears. I blink the white high beams two times, wait a moment, then the orange flashers twice, a moment, and then the high beams twice. Some run in fear. Some prepare to defend. And some are just curious. I inch the ‘monster’ forward to where I put the food.

I stop, exit, open the trunk, load up my scoop and deposit the food. I look at whomever is looking at me, blink my eyes twice, and nod my head. I am eight to ten times their height, with long reaching limbs. Our faces have some similarities. We recognize in each other that of the face that collects information, and acknowledges existence. We look each other in the eye, and see no danger there.

Too bad we can’t do the hand thing.

I slowly turn, get back in the car, as quietly as possible close the door, and creep the rest of the way down the alley. When I am clear of their territory, I reengage my lights.

I’ve done this three times now, and they don’t seem to scatter quite so frantically and wide. And some go straight for the food as I am leaving instead of waiting until I am gone.

I am hoping they will recognize that this is a ‘friendly’ visitor and provider, not a predator.

At one colony, the heads pop up as I slow the car down, and by the time I stop, they are like kids at the ice cream truck. I am surprised no one has tried to jump into the trunk where the stockpiles are stored.

For forty minutes a day I feel like I am really making a difference and being a benefit to another’s life in MY world. Not all that crap going on around me, where I am mute and invisible.

One of the tenets that Judaism teaches is that the highest form of charity is when the giver and receiver have no clue as to who the other is. They may get to recognize the car engine, or that it slows down and stops, but basically, I don’t know them, and they don’t know me.

‘Now when I die, I don’t want no coffin,
I’ve thought about it all to often,
Just chop me up and mince me real fine
And feed me to a wild lion.’