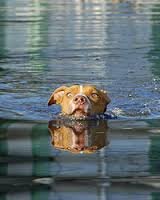 Unbelievably, the 10th Anniversary of Hurricane Katrina is now upon us, and many of us are now making plans to re-visit the Gulf Coast for a 10-Year Memorial Observance. Hurricane Katrina was one of the most life-altering storms in U.S. history, for both people and for pets, and it also resulted in the largest pet rescue operation ever launched in the history of our nation.

It has been estimated that over half a million companion animals resided on the Gulf Coast when Katrina struck with all her fury in late August of 2005, and the vast majority of these animals were left behind to fend for themselves when their families evacuated. As a result, far too many of them perished in this horrendous storm.

I was one of the hundreds of pet rescuers who soon traveled to the devastated Gulf Coast to help in any way that we could. Through the extremely dedicated work of many marvelous volunteers, we managed to rescue over 15,000 pets in the weeks and months following the storm.

I eventually published a book about my experience – Through Katrina’s Eyes: Poems from an Animal Rescuer’s Soul

The following is an excerpt from my book’s preface:

“I thought that I knew what tragedy was until that horrendous day in August 2005 when Hurricane Katrina struck America’s Gulf Coast.

As thousands of us around the world watched the horror and the heartbreak of this monstrous storm unfolding before our eyes on television, hundreds of us soon felt compelled to offer assistance in some small way – in any way that we could.

And hundreds of individuals soon rushed to Louisiana and to Mississippi to assist both Hurricane Katrina’s human victims and her many animal victims.
I happened to be one of the many who felt compelled to help our nonhuman neighbors – the devoted loving dogs and cats who had been tragically ‘left behind’ to fend for themselves in this horrendous storm, and in the truly devastating days, weeks, and months following it..

I met many truly remarkable people on my journeys south. Some of these individuals belonged to organized pet rescue groups, some traveled in teams, and some traveled alone – but they were all drawn like a magnet to the now ravaged Gulf Coast – as was I.

And most of us never consciously thought about it; we just felt compelled to go. And when many of us informed our spouses that we were, in fact, going, many of our extremely understanding mates simply responded, “I know.”

As I think about it now, the actions of hundreds of individuals in the wake of Hurricane Katrina remind me of the actions of the subconsciously driven characters in the classic Steven Spielberg movie ‘Close Encounters Of The Third Kind

’ in which mankind first makes direct contact with visitors from another world. 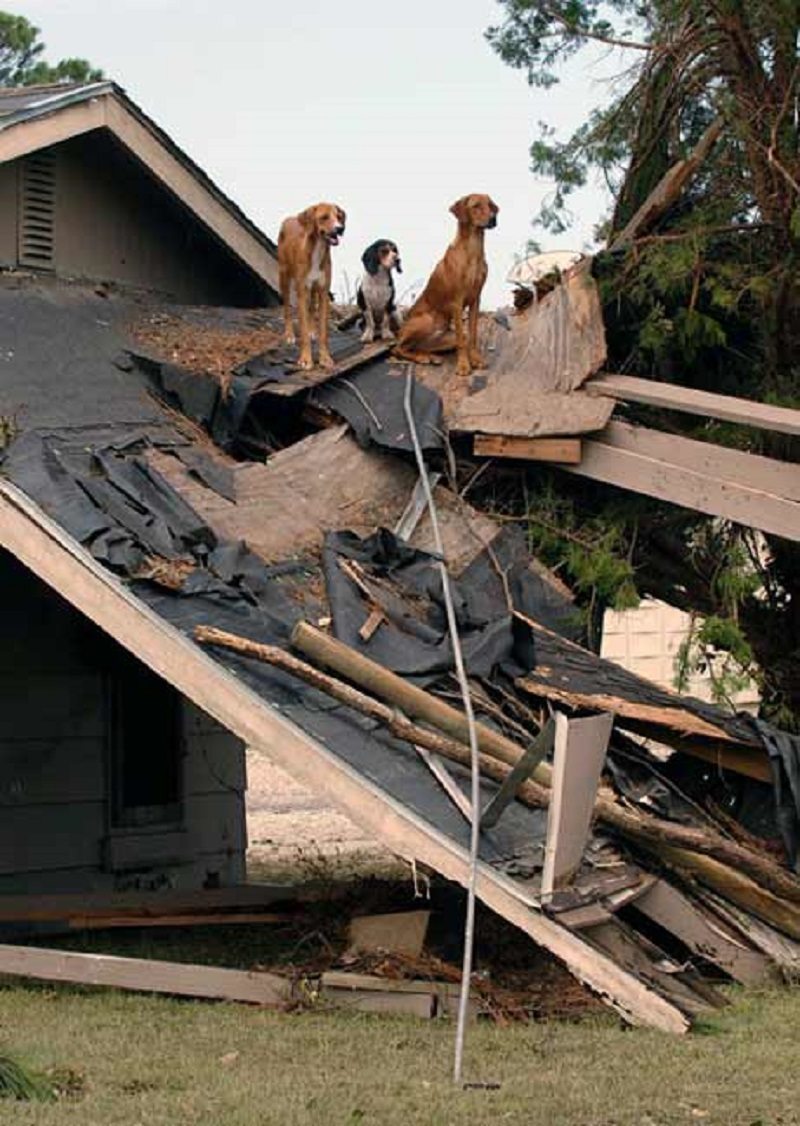 In the early days of September 2005, many of us felt inherently compelled to assist the victims of Hurricane Katrina in some way: we kept seeing America’s devastated Gulf Coast on television; we kept envisioning the people and the animals there fighting for their lives; we kept picturing these people, and these animals, in our minds, and in our hearts, and in our souls. And we soon traveled there.

And for the majority of us who did, the close encounters that we had with both the human victims and the pet victims of this horrendously violent storm have changed us forever.

I thought that I knew what tragedy was, until I looked into the eyes of Katrina’s many victims – the eyes of both her human victims and her animal victims. The eyes that I saw on the Gulf Coast after Hurricane Katrina laid waste to New Orleans and so many other cities and towns were haunted, traumatized, helpless, forlorn, and often, completely devoid of hope.

I could only imagine the trauma that both these people and these animals must have endured during this monstrous storm, and the trauma, and the heartache, and the terrible paralyzing fear and sense of total abandonment that far too many of them had to endure for weeks and weeks after this storm passed.

The eyes of the numerous pet rescuers that I saw in the aftermath of Hurricane Katrina were often exhausted, heartbroken, blood-shod, and tear-stained; but yet, filled with utter joy after each and every triumphant rescue.

The eyes of the numerous dogs and cats that I encountered were at first completely traumatized; then they would brighten a little after some compassionate care; then very sadly, they would often eventually dim again, as these devoted, heartbroken, ‘left behind’ animals waited and waited for the person they loved with their entire essence to somehow find them, and take them home.

And the eyes that I saw in both Katrina’s human victims and in their pets on numerous joyous reunions that I was blessed to witness were the happiest eyes that I have ever seen – on any living beings on this planet.

It was all these sets of eyes, and their vast ranges of emotion, that kept me constantly journeying back to the Gulf Coast– I couldn’t stay away. And there were hundreds just like me – who had this same compelling instinctive urge – to return again and again – to help just one more victim, if we possibly could.
They say that our eyes are the windows to our soul, and I now firmly believe this, as do so many others who also peered into Katrina’s Eyes.’

And now, 10 years later, many of us will again be traveling back to the Gulf Coast for a Memorial Observance – our thoughts and memories now once again directed back towards this horrific storm and its numerous victims – both the people and the pets of Hurricane Katrina.

And now, I look forward to re-visiting New Orleans and seeing so many marvelous friends again – both human and animal. I also plan on writing about my 10-Year Anniversary Experience when I return home.