Just two days ago, Chuck Hawley noticed something in the middle of the road on his drive to work in Salem, Oregon. Several cars in front of him passed over the top of the object, narrowly missing what they thought was a box…

“It’s going between their tires,” Hawley wrote. “So, I’m guessing it’s a box.”

But, it wasn’t a box. It was a tiny, helpless kitten unable to move and shaking like a leaf. She was wet and cold, and had been literally glued to the road by a terrible person.

“No one stopped!” Hawley said. “I slammed on my brakes and stopped all the traffic and put my hazards on and got out and peeled her off the road. People were honking and all pissy….really??? It’s a kitten glued to the road!! I saw three cars go over her before I got to her.”

Despite the anger from fellow drivers, Hawley was determined to rescue this cat.

“I couldn’t get her feet out of the glue so I pulled up the glue off the road and took her to work and we used Goo Gone to get most of it off. But we didn’t want to put too much of that on her, so we gave her a bath in dawn soap and then took her to Silver Creek vets in Silverton, Oregon where they soaked her in mineral oil and then gave her another Dawn soap bath.”

Both Hawley and the veterinarian believe this kitten was coated in glue and put her because it was applied so evenly and thoroughly saturated her coat. 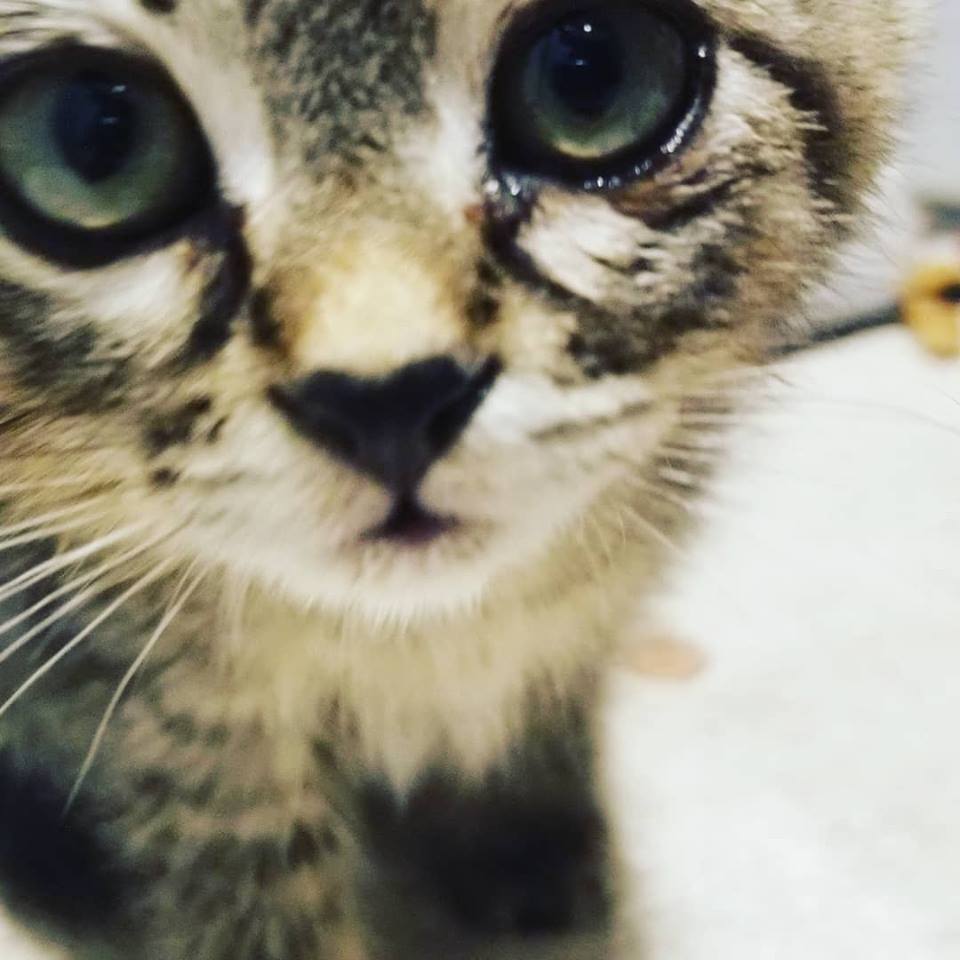 “She also had two puncture wounds on her neck that the vet says could have been from something tied around her neck but we have no way of knowing.”

Hawley’s post and photos have gone viral as people around the world are both in awe at the horrific cruelty inflicted on this kitten, but also inspired by the miraculous rescue.

“The thing I’ve learned most in this experience is that people REALLY need some good news right now,” Hawley said. “I’m humbled and grateful this kitty could be that good news for some people.”

Hawley and his wife have officially adopted this adorable little cat and affectionately named her, Sticky. It’s clear that Sticky is in for a great life with her new human friends and animal companions and is reportedly doing incredibly well, despite the horrific experience. 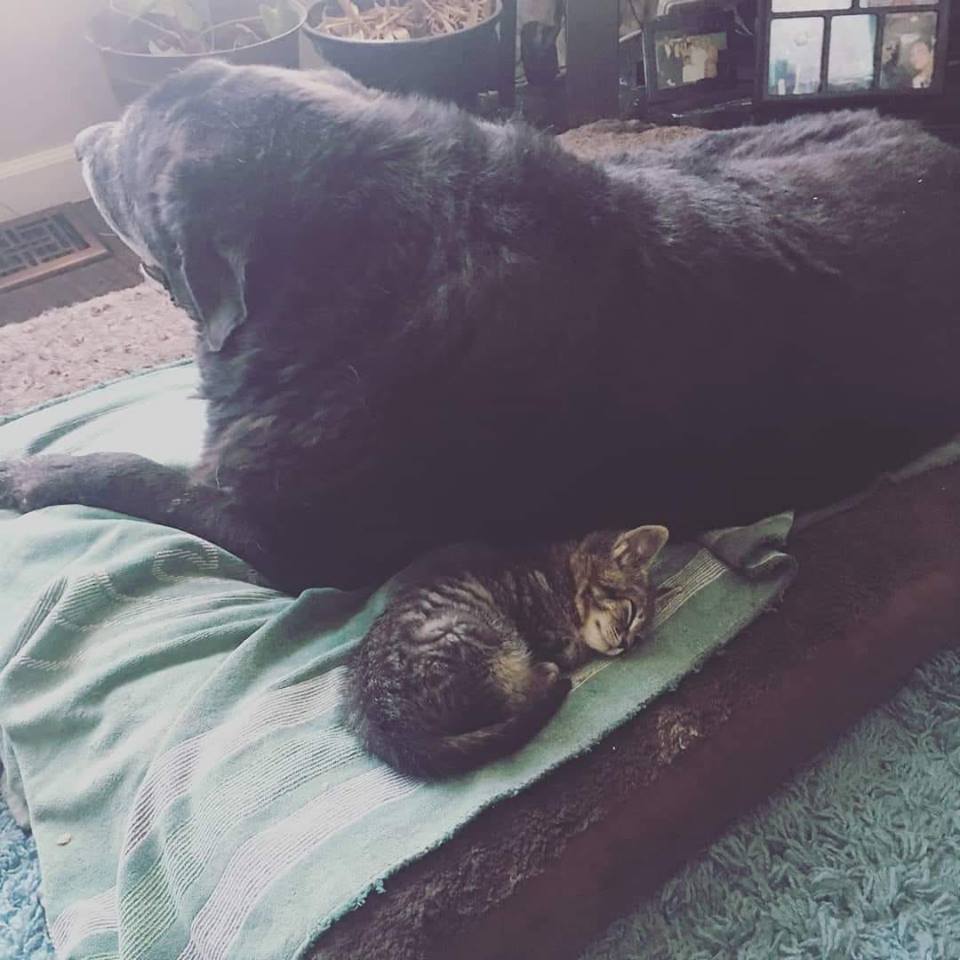 There was so much interest in this rescue that she now has her very own facebook page! Follow Sticky the Kitty to keep up with her adventures (of which there are many, despite her very short life). 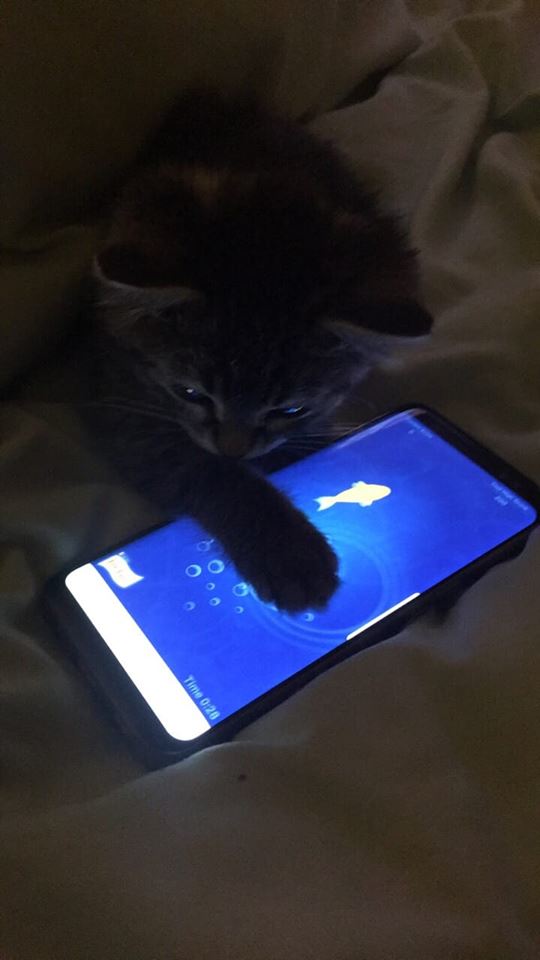 One thing Hawley hopes that we all take away from this story is the importance of stopping when you see something – whether it’s a box or an animal. You never know what or who may be in need of rescue.

Another great takeaway from this story is this, from Hawley:

“Judging by the incredible and humbling response our faith is restored that for every one jerk that would do that to a cat, there are hundreds of thousands that would not. We need to hang in there friends, there’s still hope!”

Learn more by following Sticky the Kitty on Facebook.