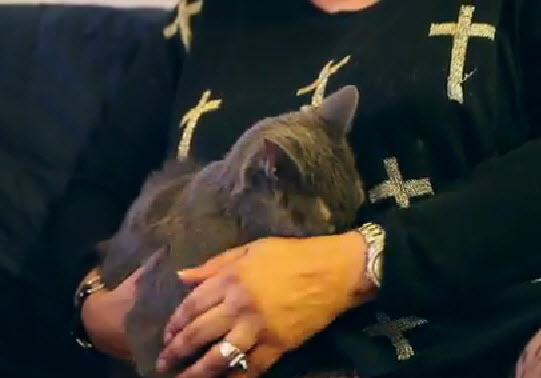 When Pamela Isaac made the emotional decision to leave her abusive boyfriend, she was faced with the thought of leaving her cats behind with her abuser, or to take them to the local high-kill shelter to be euthanized.

“If not for the URIPALS program, I would have had to take them to animal control, and if they weren’t adopted, they would have been euthanized,” she said. “They were five years old. They were my family. To leave them would mean leaving my babies.”

Studies show that as many as 48% of domestic violence victims stay in abusive situations out of fear of what would happen if they left their pets behind, and more than 70% of pet owners who enter shelter report that the abuser has threatened, injured, or killed family pets. Among New York City’s 50 domestic violence shelters, URIPALS is the only one that accommodates pets.

“A program like this is really important, because when leaving your batterer, you’ll sometimes stay and you’ll take abuse longer if you can’t take your animals with you,” said Isaac. “Our pets are also traumatized when we stay in abusive relationships. So if women are able to leave with their pets, and have somewhere to go, it’s better for everyone. “

This year, thousands of other women will be able to seek shelter in a program focused solely on recovery – for women and their pets who suffer from abuse.  This helps mark the official expansion of the Urban Resource Institute People and Animals Living Safely (URIPALS) program, which is NYC’s only initiative to allow families fleeing abuse to bring their pets with them into shelter.

The URIPALS program initially launched in June 2013 as a pilot program to enable domestic violence survivors to enter shelter with their cats and other small animals. With the opening of the Purina Play Haven and Dog Park, URI will now be able to open its doors to families with dogs. 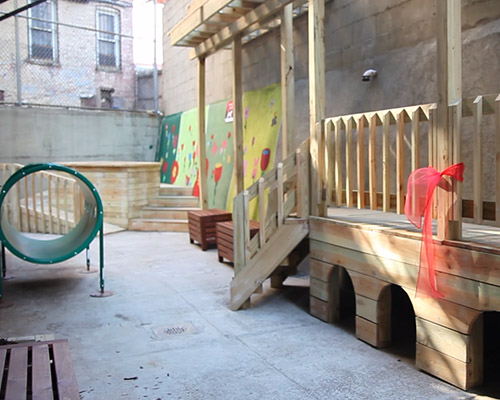 Purina has offered generous support in the form of funds to finance the design and construction of the park, as well as educational materials.  The Purina Play Haven and Dog Park will give families at URI’s largest emergency shelter in New York City a safe and calming retreat in which to heal together. The unique dog park features a ramp, tunnel, bridge and platform for dogs to play and exercise, as well as overhead trellises to ensure the privacy and security of shelter residents.

“There is a dog area on the side of the building for the women who have dogs. It’s a wonderful place where women can walk their dogs,” said Isaac. “It’s like a little tunnel they can go through to enter the area safely. They can walk their dogs on the grounds.”

Entering such a program means that the women, their children, and their pets are in a protected and safe environment, with their identity well-preserved. “My son didn’t even know where I was,” said Isaac.

“At Purina we share the belief that when pets and people are together, life is truly better,” said Lindsey Hogan, brand manager for the Purina brand. “We’re very proud to support the Urban Resource Institute and its PALS program, which is helping to keep families and pets together during difficult times.”

During their time at the shelter, women attend classes to learn life skills, parenting skills and to make smarter choices for themselves and their pets. Housing groups teach women to make independent choices to beat the co-dependent pattern of abuse.

As part of its sponsorship of URIPALS, in October 2013 Purina also donated much-needed welcome kits tailored to cats —with food, toys, crates and other pet supplies—and educational materials designed to guide  families entering URI’s largest domestic violence shelter in best practices for caring for their pets.

“Since launching URIPALS, we’ve seen how transformative it is for families in domestic violence situations to go through the healing process together with their pets,” said Nathaniel Fields, President of URI. “As we open our doors to families with dogs and celebrate this critical milestone for URIPALS, we hope to continue the momentum and inspire other organizations in major cities nationwide that this initiative is possible. We are grateful to Purina for helping URI make this dog park a reality, and for their shared commitment to keeping people and pets together, especially in times of crisis.”

“I miss it,” said Isaac. “I miss being there. It’s a very healthy, holistic environment. We talked about medication, self-care, setting boundaries, and I used that time to really focus on the things that make my life and my cat’s lives better. I’m making better choices now and everything I learned from being there, I’ve taken with me and will continue utilizing it. “

Issac has since left the program and is happy to report her ex-boyfriend is in prison. She believes she is now free from the abuse and able to move forward, leaving the past firmly behind her.

“Now my sister and I have an apartment together and the kitties are doing fine,” Isaac said.

To learn more about URIPALS and for tips on keeping the entire family safe in domestic violence situations, please visit www.urinyc.org.

Learn more about Domestic Violence and Pets on our site and on others: