Notice: Undefined offset: 77 in /var/www/wp-content/plugins/ad-inserter/ad-inserter.php on line 6772
 An Ode to My Dogs - PetsWeekly.com
LOADING

An Ode to My Dogs 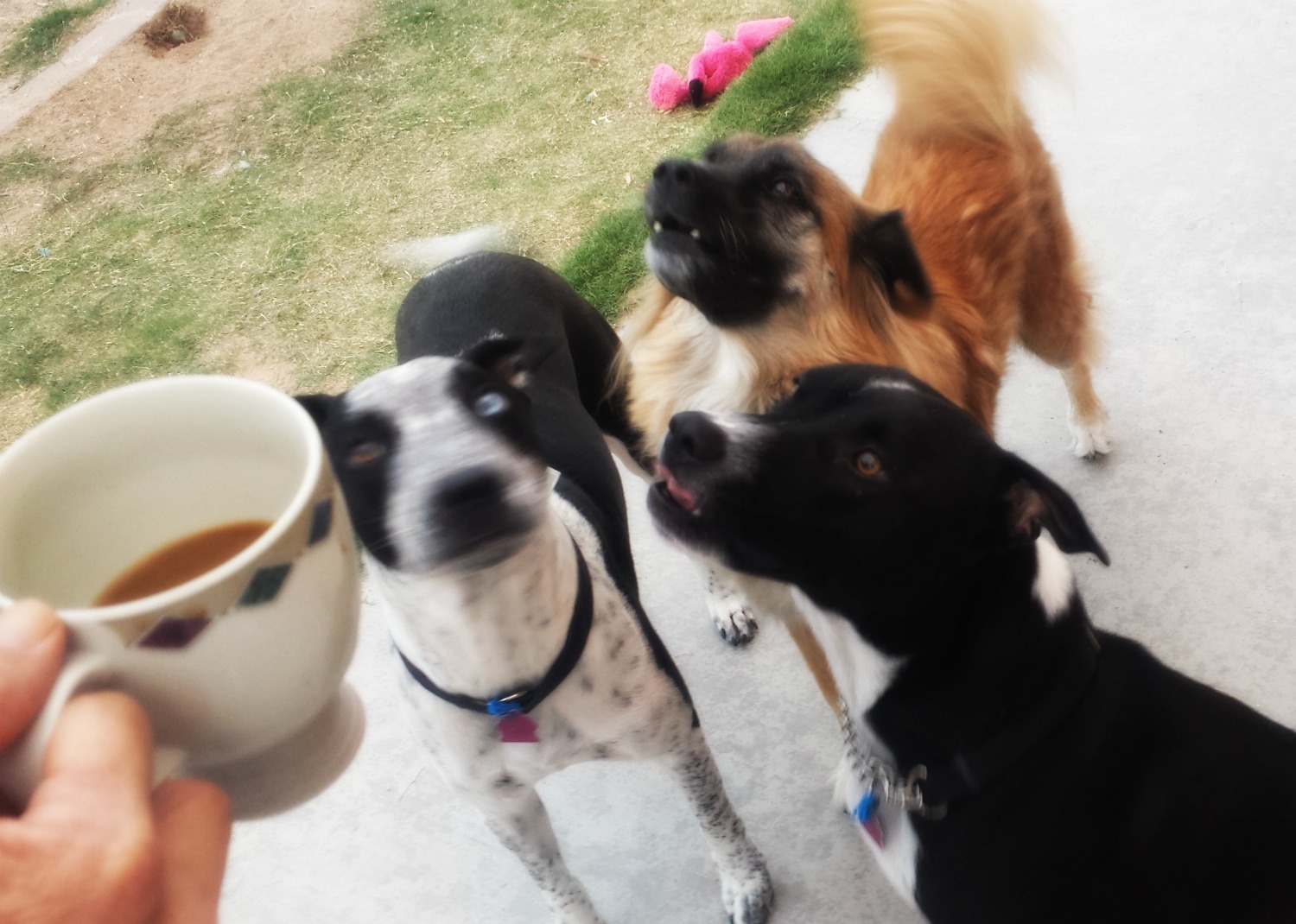 My dogs are nothing special, to anyone but me.

They won’t learn any tricks, they would rather watch TV.

Bree is black with polka dots, Brock’s black as black can be;

Cheiss is a fluffy, orange dog who always seems grumpy.

They won’t learn how to sit, only Cheiss knows how to fetch;

Cheiss loves to be in water, but Bree hardly ever swims;

Brock’s scared to death of rivers for he thinks he’ll lose his limbs.

They’d rather run away from us or jump up on our knees.

They won’t learn to track rabbits, or get in a sparring match.

They refuse to jump through hoops, don’t see the point in chasing balls;

They won’t learn nosework either, or learn sports like Treibball.

These dogs are rather silly, they’re nothing much to see;

But I’d never trade them in because –

They’re special dogs to me… 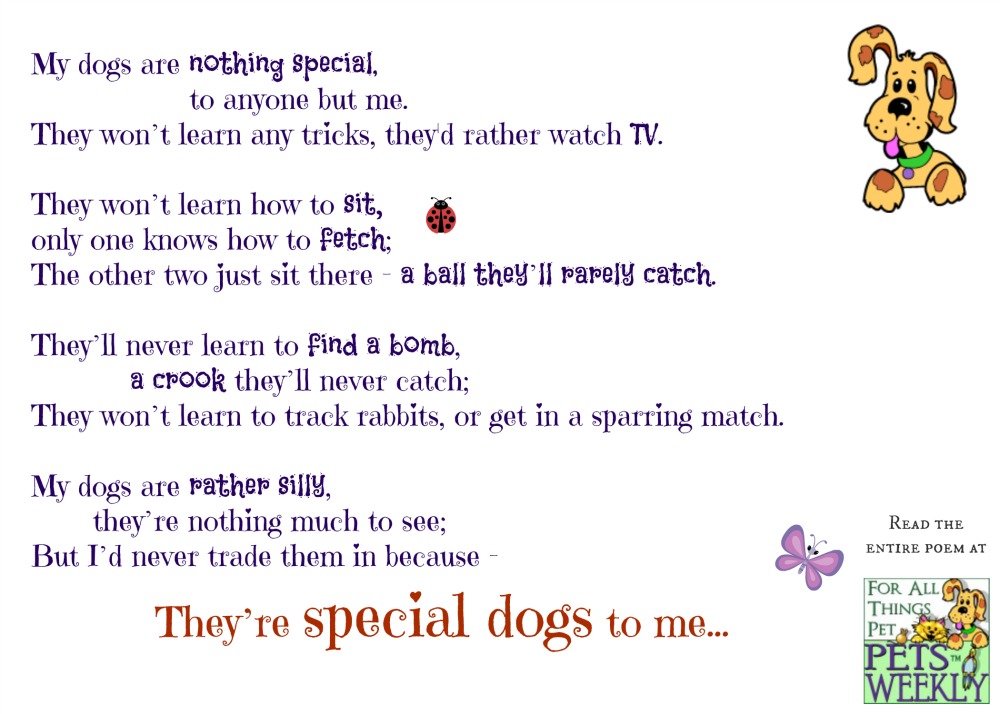 5 Humane Easter Activities You Can Do With Your Kids
admin April 15, 2014

So, You Bought Me For Your Little Girl

5 Humane Easter Activities You Can Do With Your Kids