Training Diaries: The Dogs and the Door 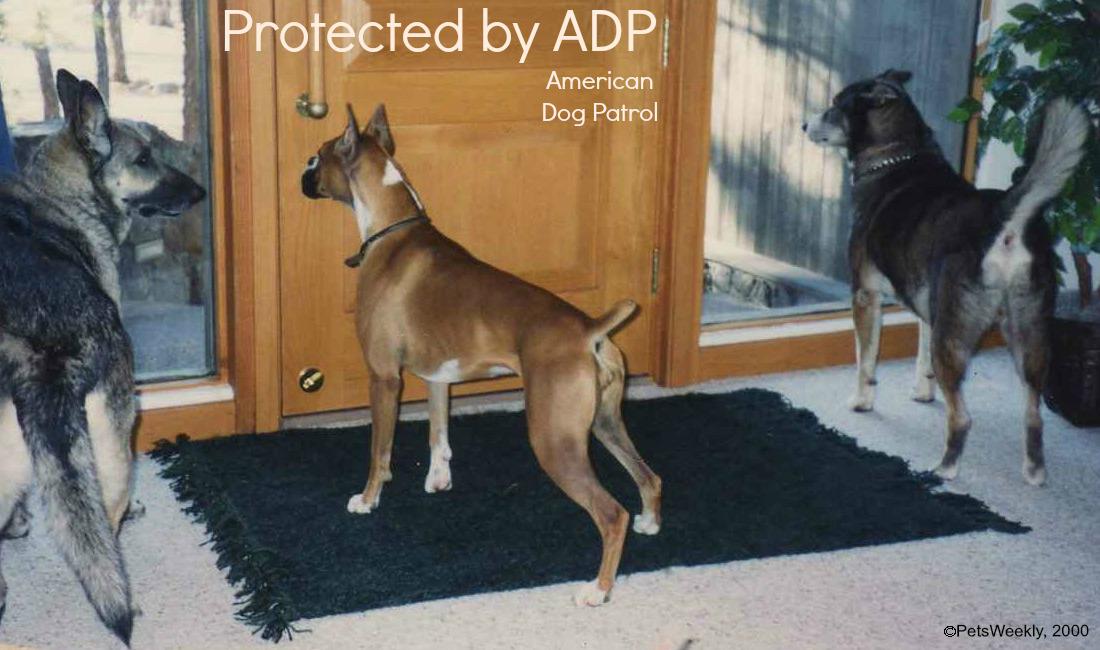 One of our training goals this month included trying to keep the dogs from rushing the front door.

The front door is an interesting place for our pack and I imagine it is for every member of any home. We each view it differently and to stop dogs from rushing the door, we must first understand how we all view the door.

I view the door as an object that separates our home from the outside world. It’s represents a transition from chaotic to calm. It’s a source of comfort. When I arrive home and see that door, I know that I’m back with my pack. However, I also view it as a threat. It’s a place of entry for bad people, a way for solicitors to annoy me when they can’t seem to read the simple “No Soliciting” sign.

Brock and Bree view the door as a magical portal into wondrous worlds; a world where unicorns prance through fields of green and fairies dance around daisies as they toss dog treats into the air and race around with squeaky toys while chanting, “Come play with me!”

Cheiss views the door as a threat – a place that must be patrolled, much like Arizona views the border of Mexico. Cheiss is the metaphorical border patrol and guards the door jealously, seeking out UPS men and solicitors who threaten his domain. It is a port of entry where uniformed men drop off what could be potentially be life-ending boxes of items. The only way he can stop this activity and drive the threat away is to bark incessantly and lunge at the window.  As soon as he does this, the bad people leave. If Cheiss could fly drones over the door, he probably would. If he knew about drones. And if he could operate a remote control.

This week is about changing all of our perspectives. We started with the twins’ perspective of unicorns and rainbows and treat-toting fairies. (We’ll talk more about Cheiss’ “end-of-the-world” perspective in a bit). 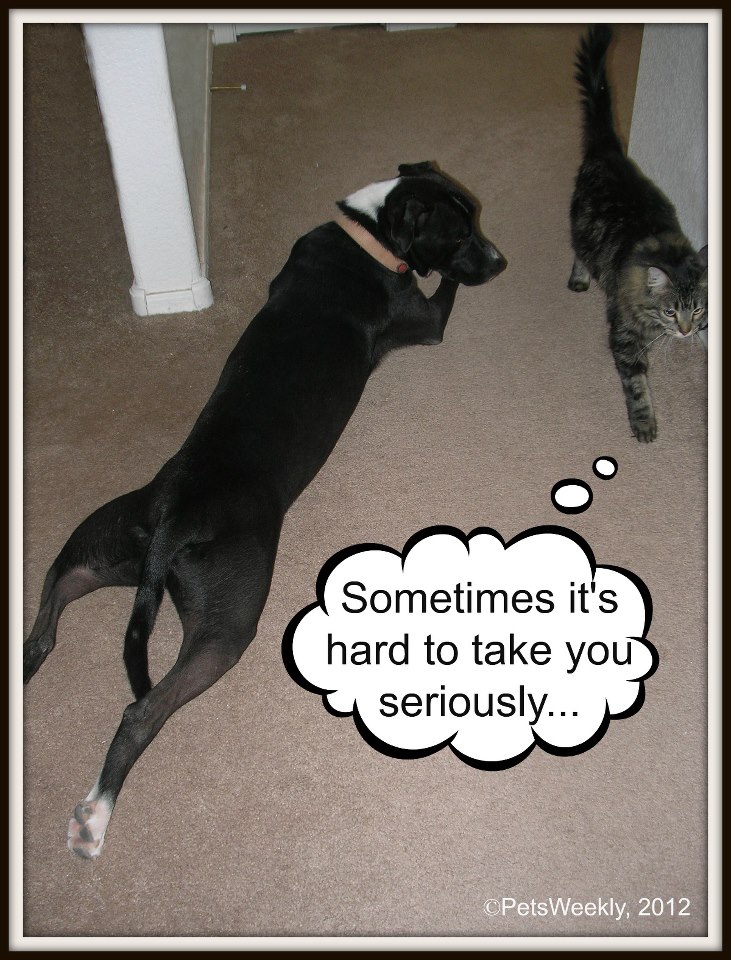 Each day this week, we started by putting leashes on both of them, as well as choke collars because they are both extra wily and tend to slip their regular collars. Our goal was to have them stand quietly by the door, wait for us to open it, then allow us to step through before they stood. A lofty goal indeed!

On the first day, it took nearly 25 minutes of standing near the door before they were able to both sit quietly and wait for us to take the lead. Each time they got excited and tried to move towards the door, we would circle them away from it and put them back into a sit position. If they managed to wiggle through the door, they would find that the door is highly untrustworthy and tends to shut quickly and without warning. Dogs get bored quickly with this method (although Brock has more endurance and strength than any dog I’ve met, ranking right up there with his human dad in terms of stubbornness). It really reminded me of dealing with obstinate and determined two-year-olds. Which, of course, is exactly what they are.

Day one, attempt one took about 25 minutes of door practice. But, at the end of that 25 min, the dogs were waiting for an invitation to leave. We were able to leave the door open, walk around the corner, check our email, walk out to the truck, and all that time, the dogs waited in a sit/stay by the door. Not too shabby…

Days 2-4 were much the same as Day One. Lots of standing, refusing to sit, jumping up when the door opened, lunging at the door, lying down, stress yawning, crying…And that was just from me – the dogs were actually pretty good.

The key, we discovered, is routine and focus. We spent time during the day going up to the “leash box” and pulling out a leash while they danced excitedly around. We attached it. We waited for them to calm down, then gave them a treat when they did. Then we unattached the leash and put it back in the box. Now we can mostly get the leash out of the box, have them sit calmly while we attach it, and not rush for the door, trailing us in the wake.

I’m not a patient person on the best of days. But at 5 am, before I’ve had coffee, before I’ve had time to really wake up, when all of my old injuries are aching from their night of rest and their wake up – well, let’s just say my patience is pretty thin. That’s the most frustrating part of training. Not the dogs, my reaction to the dogs.

Thankfully, I had the foresight to marry a very calm man. Nothing shakes him. Nothing really bothers him. His calmness helps me stay calm. That’s probably the best advice I can offer so far. Marry someone much calmer than yourself and try to let them do as much of the training as possible.

But, if you can’t do that, enjoy the process of training your dogs. Often, you’ll get more out of it than they will and I know I’m becoming a better person as we get through this journey.

Next week: The importance of exercise and more on working with sensitive Cheiss on the doorbells and door threats.