National Feral Cat Day is observed on October 16 every year and we’re proud to take part in this annual tradition.

Cats have been an important part of our communities for thousands of years. They are a natural part of our society and are just as critical as any other part of an ecosystem.

However, they must be properly managed. Trap Neuter Return (TNR) is the only effective, humane approach to care for community cats.

There’s been a battle brewing for years against feral cats, and some of the more hateful humans are setting out to kill them all (yes, this has been proposed by some quite unscrupulous people).

When it comes to cats, you’re going to hear everything from feral cats killing billions of birds a year (if that were true, there would be no birds at all) to feral cats giving people rabies or even plague (possible, but so rare you could win the lottery 100 times over).

The truth is, feral (aka community) cats are an important part of our ecosystem. They minimize rodent problems, they fill the gap that humans created after hunting other animals (like the bobcat) that they deemed a threat. A properly managed colony can stabilize the influx of stray cats into a neighborhood and help minimize problems with rodents.

Don’t listen to the hype you’ll hear from ailurophobes (those who have a deep fear of cats.)

From 2003 to 2013 the number of local governments with official policies endorsing TNR increased tenfold, with hundreds of cities and towns successfully carrying out TNR programs. That number continues to grow every year.

Meanwhile, here are some reasons why feral cats shouldn’t freak you out! 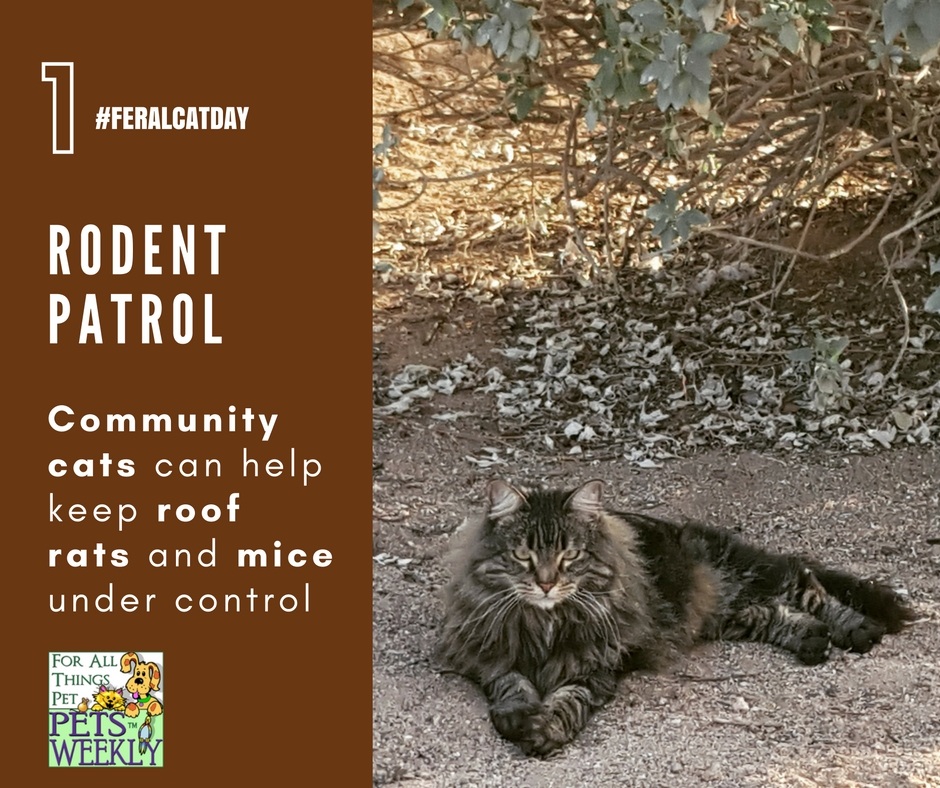 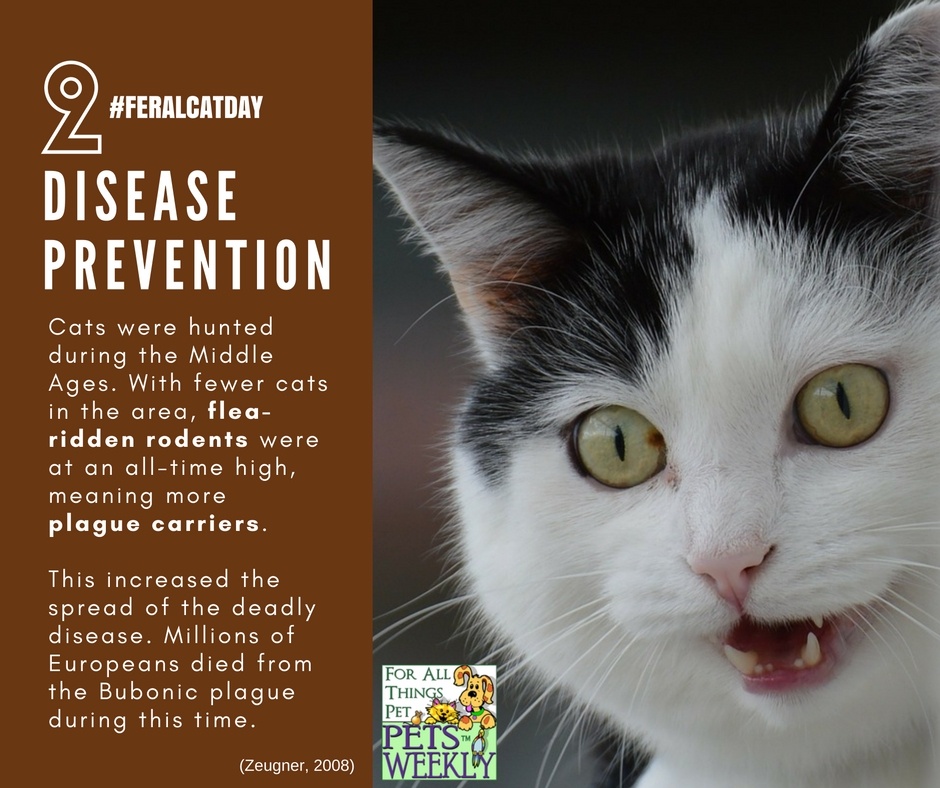 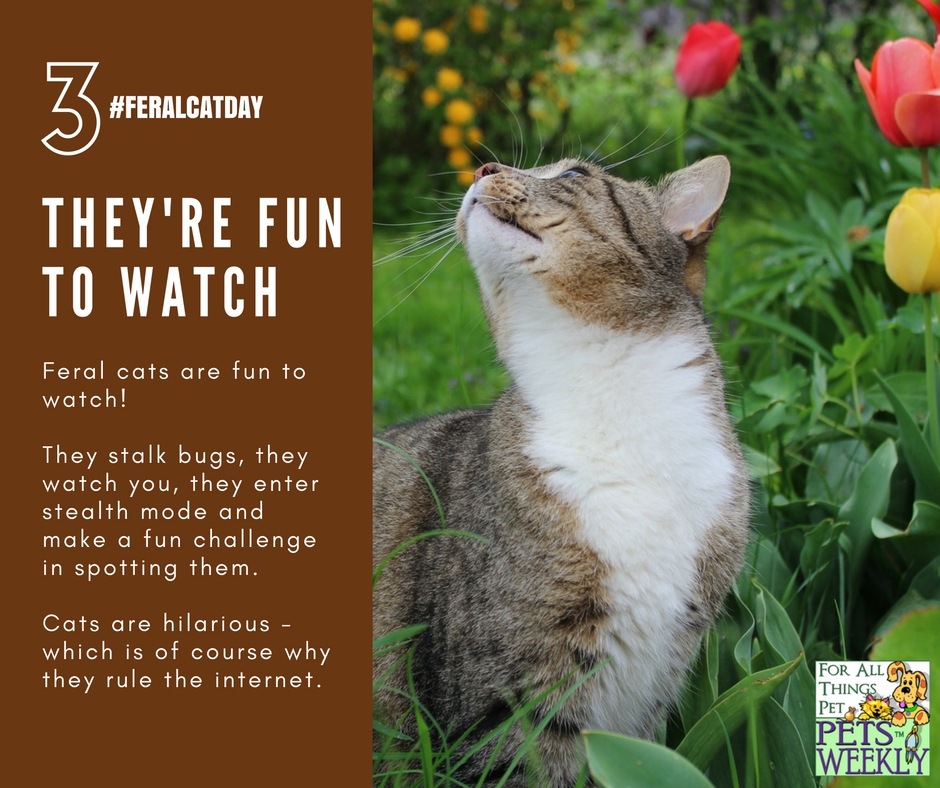 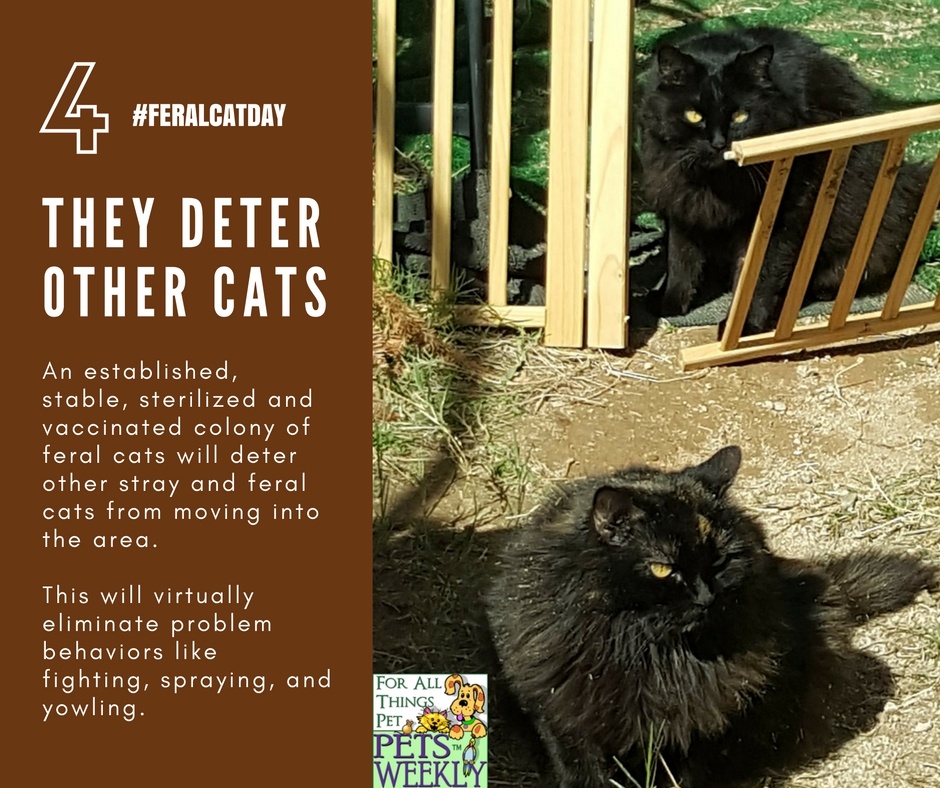 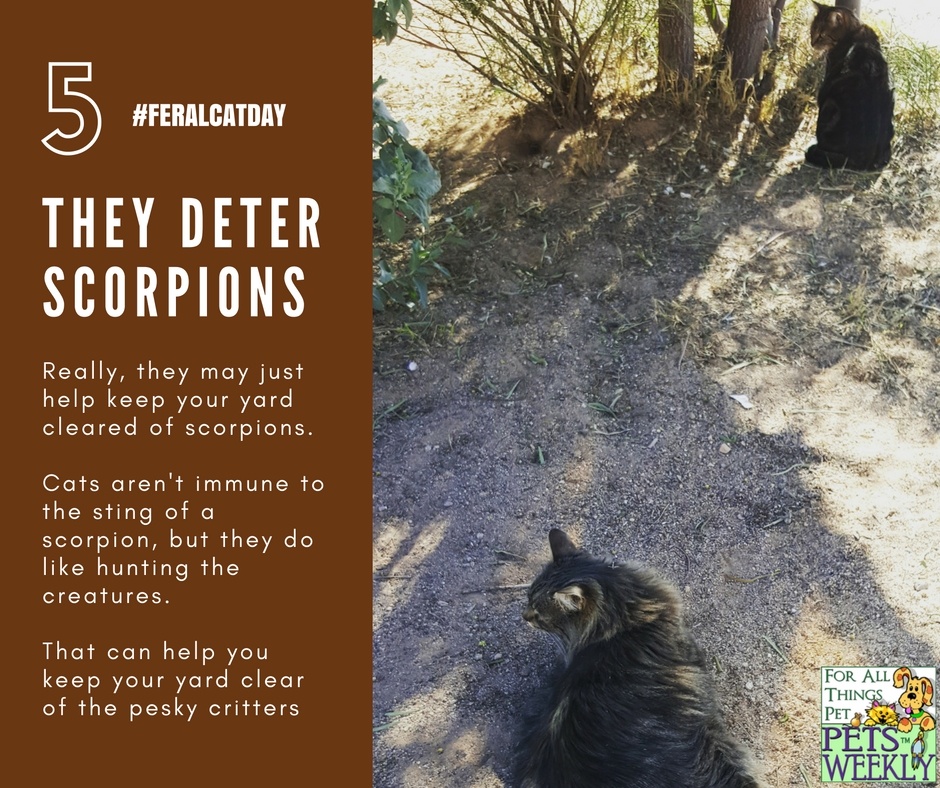 Learn how to manage feral cats in your area by visiting AlleyCats.org or http://nationalferalcatday.org/