Eww, that Smell! How to De-Skunk Your Pets Safely and Naturally 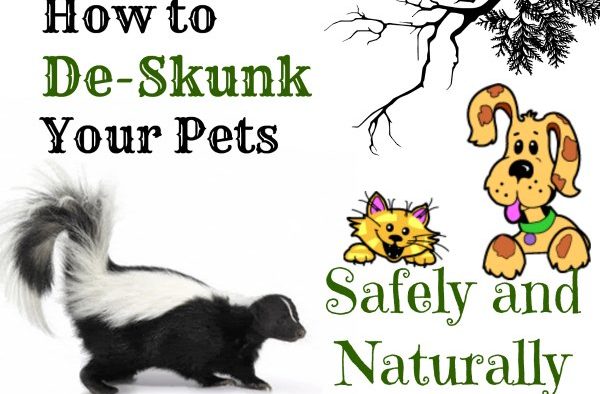 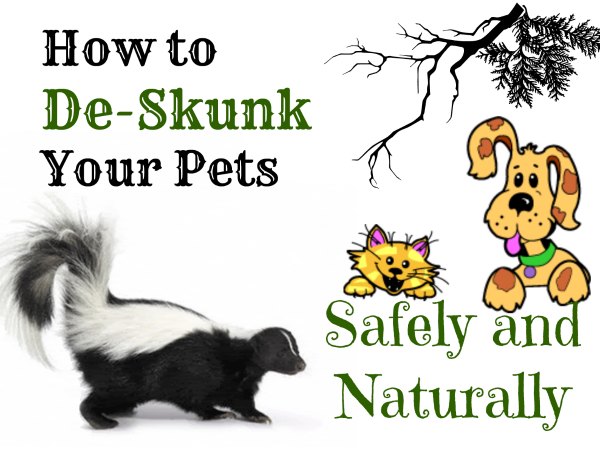 There are few things more definitive in nature than the smell of a skunk. And once a dog gets into a skunk, you can rest assured they will continue to do so. Growing up, we had one solution: Tomato sauce. Thankfully, we are part of a rapidly growing industry and we have progressed in our ability to humanely and effectively eliminate odor from those pets who insist on finding skunky friends.

First, a little about skunks and the “thiols” that make their spray so unbearable…

There are many types of skunks in the world. In fact, four different species of skunk reside in Arizona, a hostile environment even in the winter.  This means that chances are good – no matter where you live – you or your pet have had at least one run-in with these cute characters.

Why A Skunk’s Spray Stinks: Thiols

The skunk’s spray owes its toxicity to a chemical compound known as a “thiol”. It shouldn’t be a surprise that malodorous molecules are also found in rotting flesh and feces. Thiols are believed to be detectable by the human nose at concentrations of just 10 parts per billion. That’s a very toxic molecule to be detected at that level!

But, here’s the interesting thing about thiols: They don’t play well with oxygen molecules. In fact, they become immediately altered into odor-free substances when oxygen molecules bond with them.

Which is also why tomato juice baths never worked on our German shepherd.

So, how do you talk a thiol into self-destruction by bonding with an oxygen molecule? It’s tricky and mostly dangerous. One way is to create a dilute mixture of hydrogen peroxide and baking soda, HOWEVER, you face a serious and dangerous risk in accidentally bleaching, burning, or blinding your pet. Please don’t de-skunk your pet this way – it’s a dangerous and unnecessary risk to you and your pet.

A much better alternative is a safe and gentle all-natural spray that actually works. We found one for you…

contains a natural blend of probiotics that extracts and removes skunk spray odors on dogs and cats.

Skunk Free is not a mask or unsafe enzyme; it works at the source of the odor and naturally extracts it, leaving your pets smelling clean and fresh.

Skunk Free is made with 100% natural ingredients and is safe to spray on all areas of your dog or cat. Here are some of the many things we love about this product:

The ingredients are very simple and consist of Ionized Water, Tannins, and Distilled Aloe Vera.
Just spray or rub gently on your pet as soon as possible after he is sprayed. Saturate your pet’s coat down to the skin and let dry. Spray or rub in gently a second time if any odors remain.

Why It Works: Tanins

A tannin is a type of bitter plant-based  polyphenolic compound that binds to proteins and other organic compounds (including amino acids and alkaloids).

Scientists with USDA’s Agricultural Research Service (ARS) have found that tannins extracted from the quebracho trees could restrict the activity of bacteria that produce hydrogen sulfide and other sulfur compounds involved in the offensive odors of manure pits or lagoons.

We think you’ll like this new, all-natural product from Earth’s Balance and we urge you to give it a try. It’s a much more humane and effective approach to eliminating skunk odor from your pet than bathing him in toxic combinations of tomato juice, peroxide and baking soda! 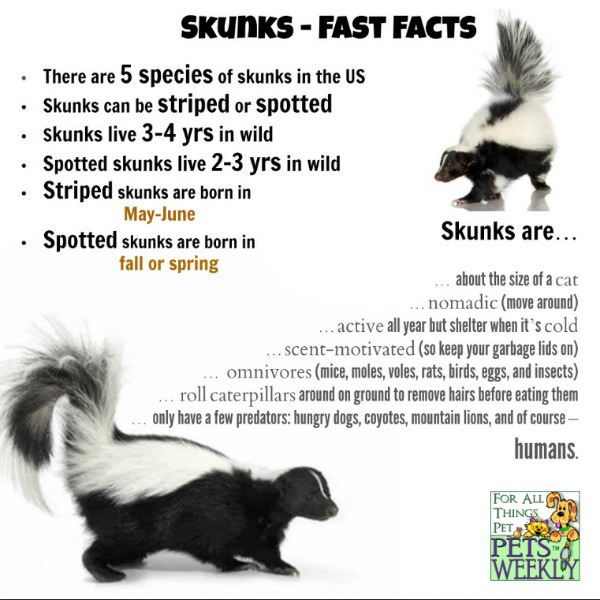