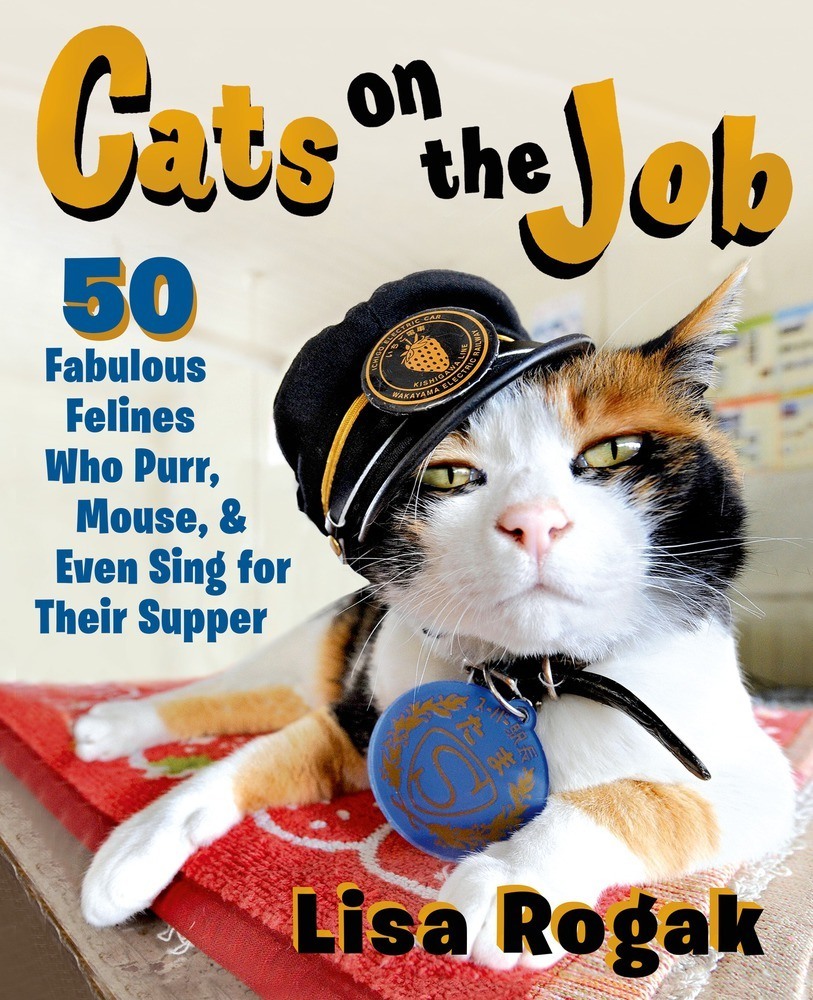 In honor of National Cat Day, we’re taking a look at 50 Fabulous Felines Who Purr, Mouse, and Even Sing for Their Supper.

Cats have long been an important part of the world’s history. They’ve been worshiped by the Egyptians and persecuted by the English, but now we appear to have reached a happy balance with cats who just want to earn an honest living.

Read an excerpt and see some adorable cat pics below!

Excerpt from Cats on the Job: 50 Fabulous Felines Who Purr, Mouse, and Even Sing for Their Supper  ​
by Lisa Rogak. Copyright © 2015 by the author and reprinted by permission of St. Martin’s Press, LLC.

Most cats are not known as being particularly eager to jump into a car, train, or plane. But two cats in Japan enjoy the open road so much that Jalan, a travel company, hired them to serve as tour guides and ambassadors, encouraging people to travel not only throughout Japan but around the world.

Seasoned traveler Nyalan — “nya” translates to “meow” in Japanese — and his younger apprentice, Deshi, both travel carrying tiny suitcases around their necks. Photos and videos posted on the Jalan Web site and the company’s social media accounts show the feline companions in a variety of settings, from rural hot springs to the passenger compartment of a bullet train, designed to give travelers ideas for their own trips. Through their human translators, they also answer questions from readers and give advice.

Nyalan actually started traveling in 2007 by himself, appearing in brief videos that showed him staying in luxury hotels, visiting spas, and even getting an in-room massage. In 2012, Jalan decided Nyalan needed a travel buddy and brought on Deshi as the slightly hyperactive counterpart to Nyalan’s mellow Zen master.

Accordingly, the focus of the travel itinerary changed and took on a more adventurous flair: The Web site shows the pair traveling on trains, hiking and fishing, and shopping for souvenirs, always with Nyalan in the role of mentor, while Deshi follows along like a young disciple, soaking up the older cat’s experience and knowledge. According to a Jalan spokesperson, the first Nyalan retired after a few years, and Deshi — now an experienced traveler with tens of thousands of miles under his belt — morphed into Nyalan II. A new Deshi was brought on board after a rigorous interview process, and production of new videos and Web stories commenced.

Nyalan I, who believed you could never stop learning, continued to travel after he retired, and Nyalan II followed his mentor’s example and recently started to teach himself how to be a better travel photographer, in order to improve both his own trips and provide an example to his many fans. 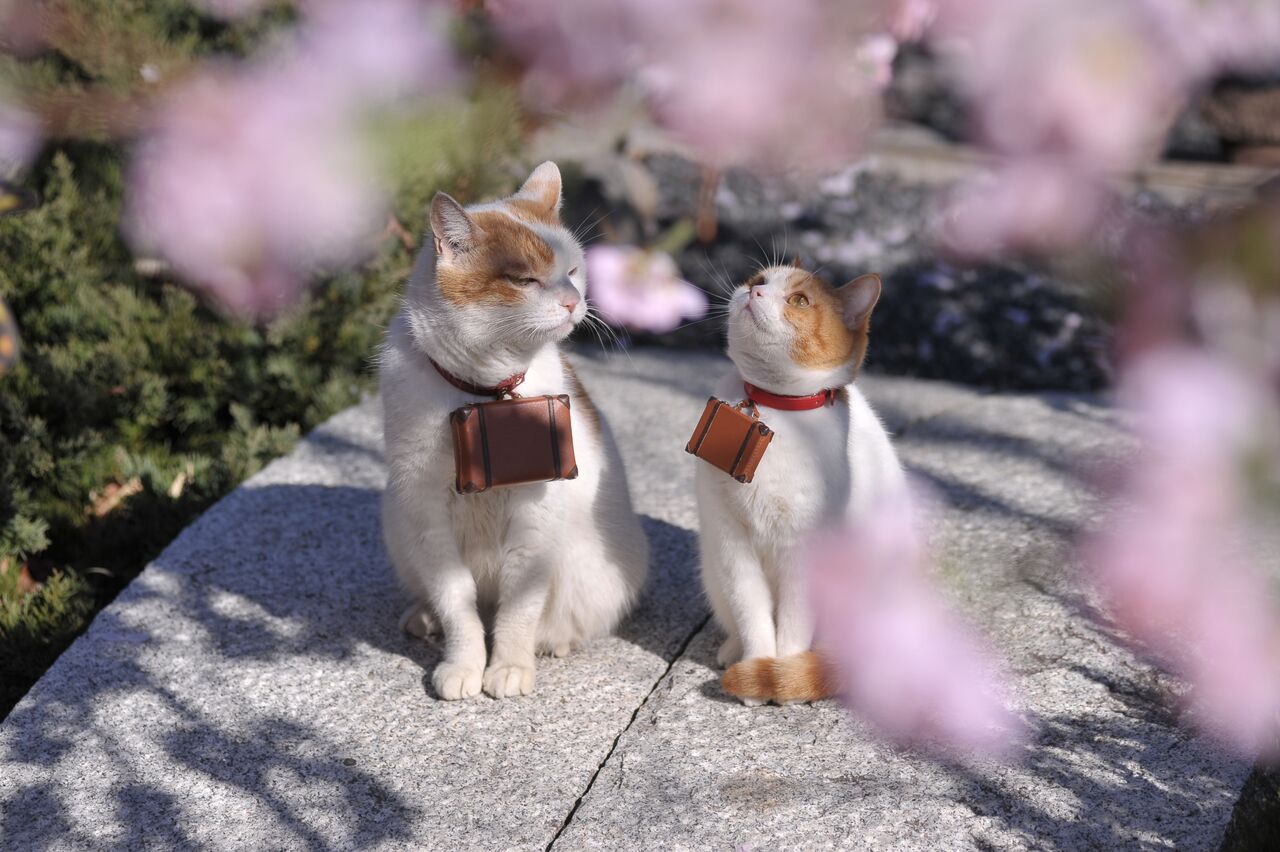 This book is 200 pages long and filled with adorable full-color photos of cats who are earning their keep by working as tour guides, local celebrities, train station attendants and even in hospitals. Order your copy today – it will make a great conversation starter for any animal lover! 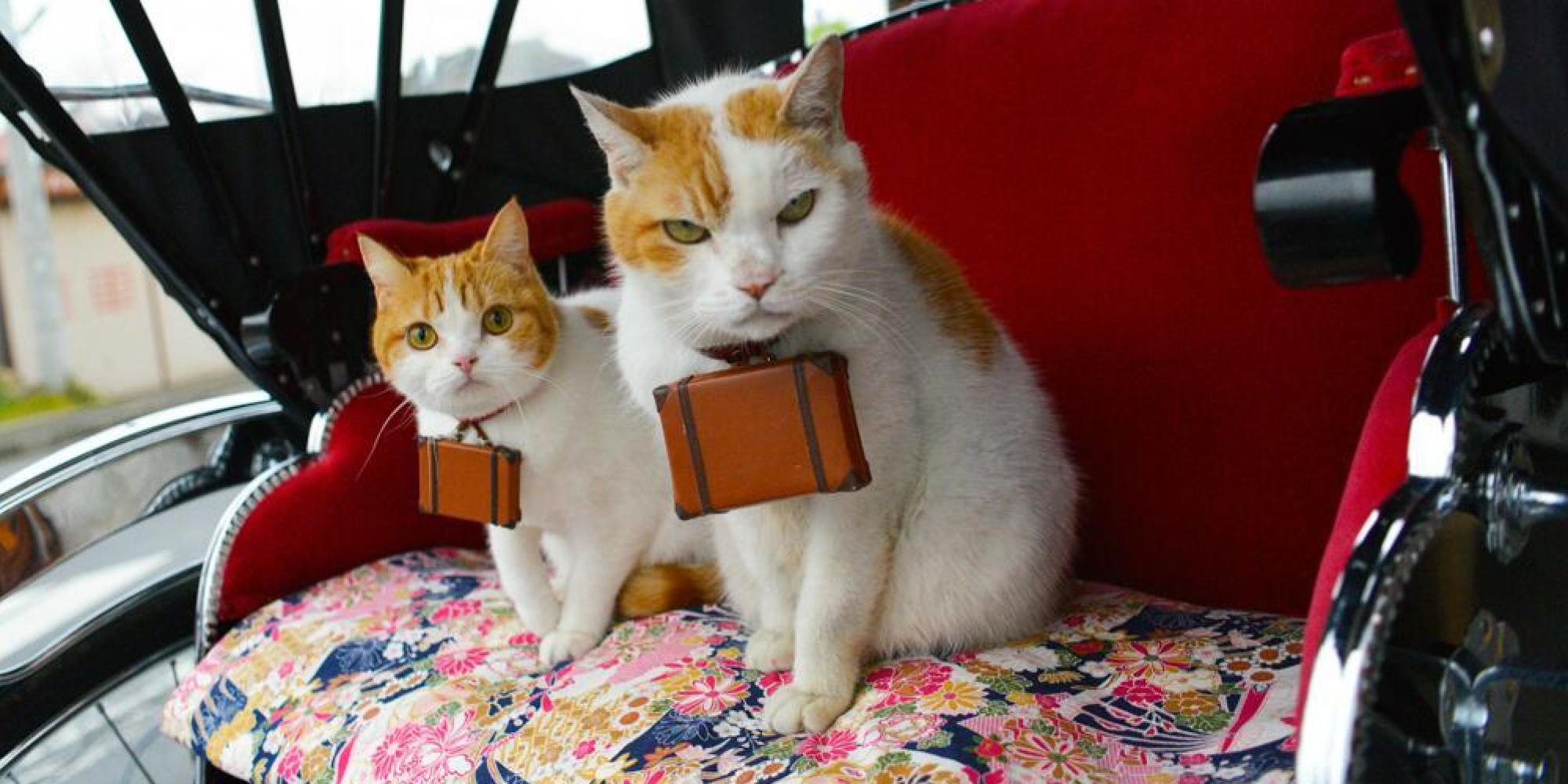 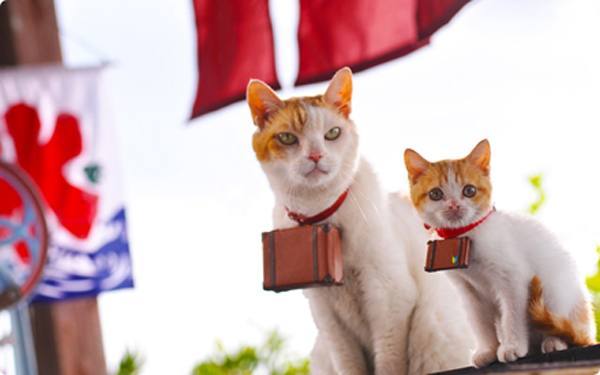 Cats on the Job: 50 Fabulous Felines Who Purr, Mouse, and Even Sing for Their Supper 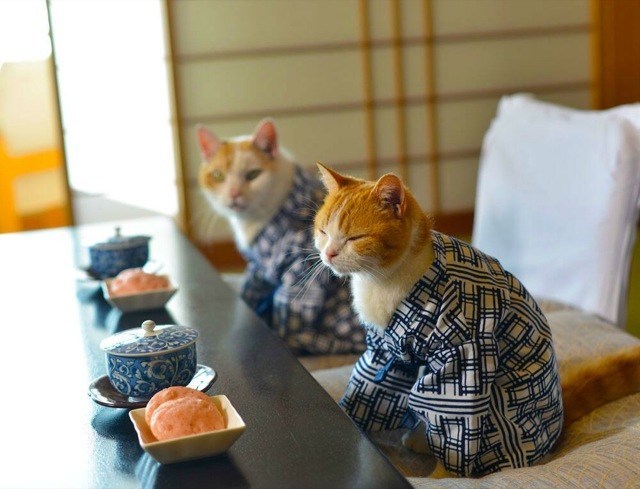 Not every cat is a mouser. Some are tea drinkers!

This is a really nice read that any animal lover will appreciate!