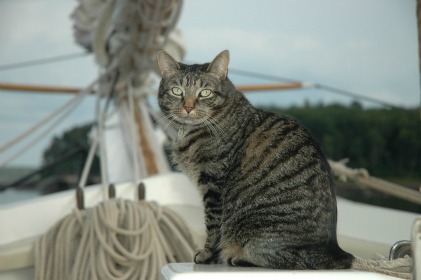 Fresh fish, soft sea breezes, craggy shorelines and over ninety feet of deck space to roam under skies lit with bright stars is everything the most pampered cat could dream of, but only a few felines have made that dream a reality.

Cats have a long history aboard ships, with duties ranging from official mouser to “comfort cat.”  Besides being excellent mousers, cats were thought to be able to predict weather and, depending on their mood, control the weather. If a cat happened to go overboard, it was in a sailor’s best interests to insure she found her way back on board or it was believed the cat could create a ship-sinking storm in retribution.

While only a select few felines are destined for life aboard ship, Gus Hodgkins is a six-year-old American Bobtail can lay claim to this life of luxury.

Gussie, as she is affectionately referred too, lives on The Mary Day – a Maine Windjammer – with Captains Barr King and Jen Martin.

In addition to her six loving crewmates, Gussie shares her life with up to 30 passengers, a rambunctious Golden Retriever puppy, and two very content Captains. Together they sail the Maine coastland for four to six day cruises during the cool Northeastern summers.

Built in 1962, the Mary Day schooner has had a long succession of ship cats.The tradition began with the original owners of the boat and a very friendly feline known only as Stump. When Captains King and Martin eventually purchased the Mary Day, they adopted Chakra, a cat who came to town on a catamaran (she really did) and lived aboard several different boats for many years. Chakra became well known for chasing ducks into the harbor, and since she swam like a dog, would often arrive home soaking wet. 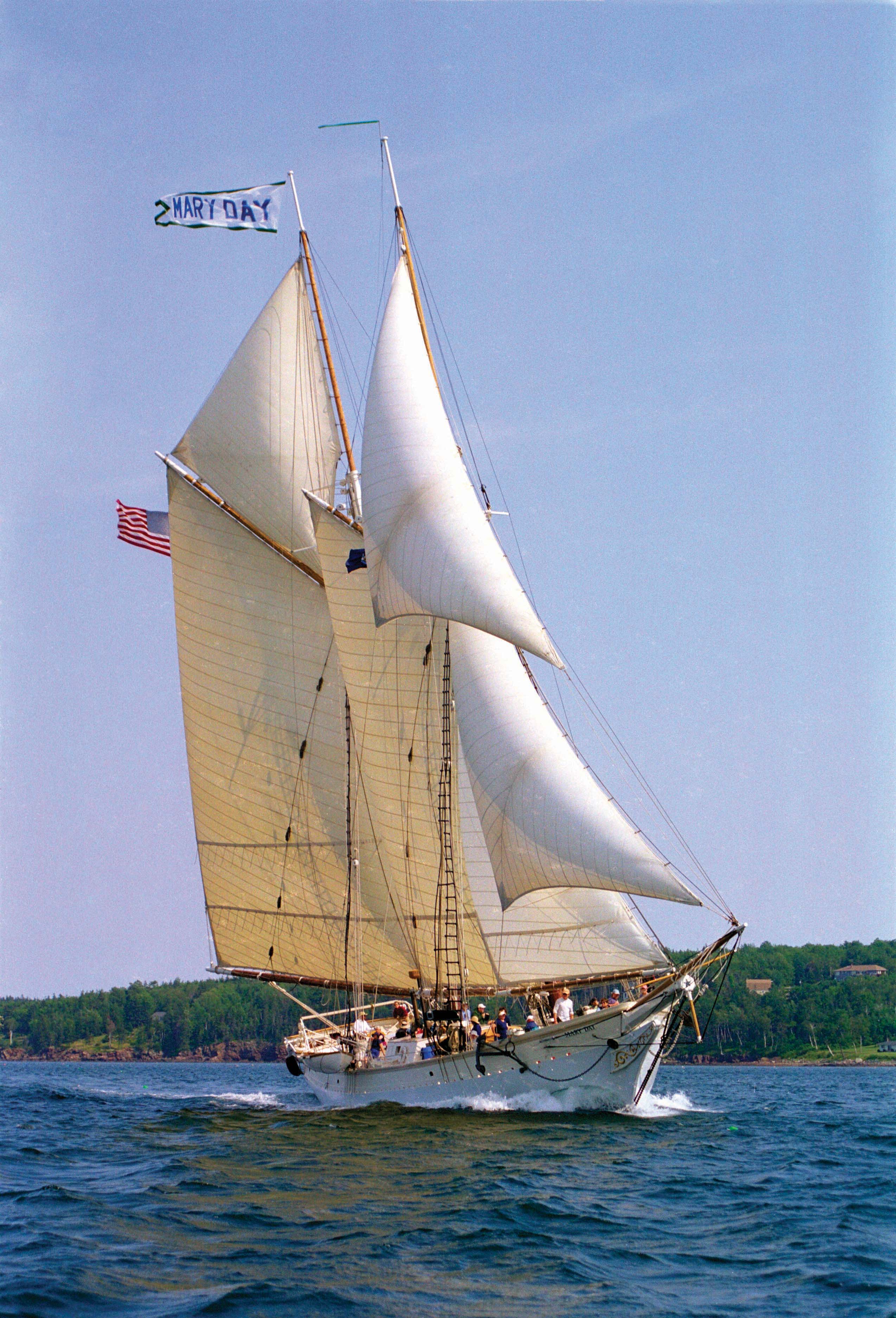 Gus Hodgkins is both Chakra’s successor and her alter ego. She hates water, despises winds that ruffle her fur, and prefers to sleep the day away rather than chase ducks. The Captains discovered Gussie at the local animal shelter and named her for a man who worked Hunnewell’s Beach Lifesaving Station.

Legend has it that her namesake, Gus Hodgkins, saved a group of sailors from a schooner that was stranded on the ledges in a river. While saving the crew, he heard the cries of a cat and immediately rowed back out to the vessel through the deluge of rain and wind. He chased the unfriendly feline from stem to stern until he finally succeeded in capturing him. With the cat stuffed in his coat, Hodgkins rowed back to the beach and the cat, soon to be known as Hunney, took up residence with his savior for the rest his days.

Captains King and Martin have always been intrigued with nautical history and thought it only proper to name their cat in honor of this amazing man. 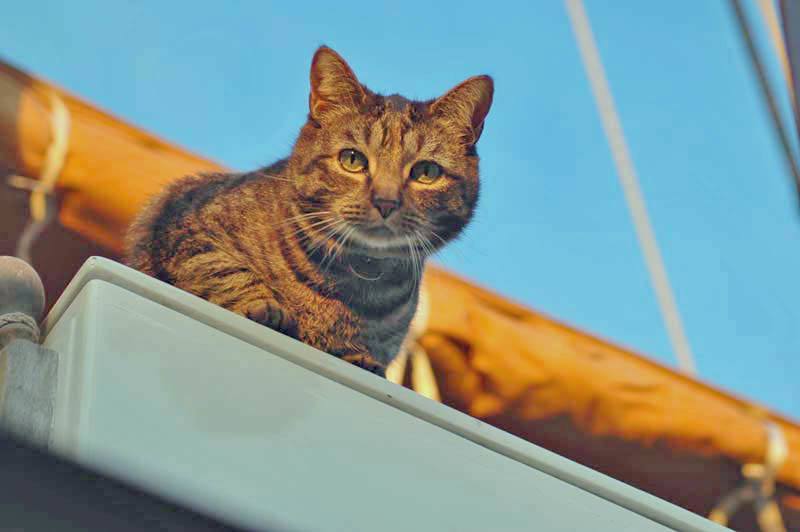 Morning comes early for both crew and cat, and all are up by five for coffee. As the crew relaxes, Gussie excitedly makes the trip aft to the galley with Captain Martin for her morning can of cat food.

An expressive cat, she holds nothing back as she prances along the top of passenger cabins, clinking the skylight covers, as the Captain shushes her and moves on tip toe down the deck. After a thorough post-breakfast cleanup, Gussie heads back to her cabin and warm bed while the crew gets underway.

Gussie selects her napping places according to the weather conditions. If conditions are less than perfect, she heads aft for calmer quarters, but in nice weather, she prefers to stay near the bow, letting the gentle rocking and soft sea breeze rock her to sleep. Like any cat, Gussie knows the best place to be at any given time!

During the afternoon, she’ll visit with the passengers by peeking through the screened skylights of their rooms or relaxing on deck under the warm sun. Once in a while, she’ll sashay through the main salon and make her presence known to her 30 shipmates, particularly if there’s a fire crackling in the wood-stove. 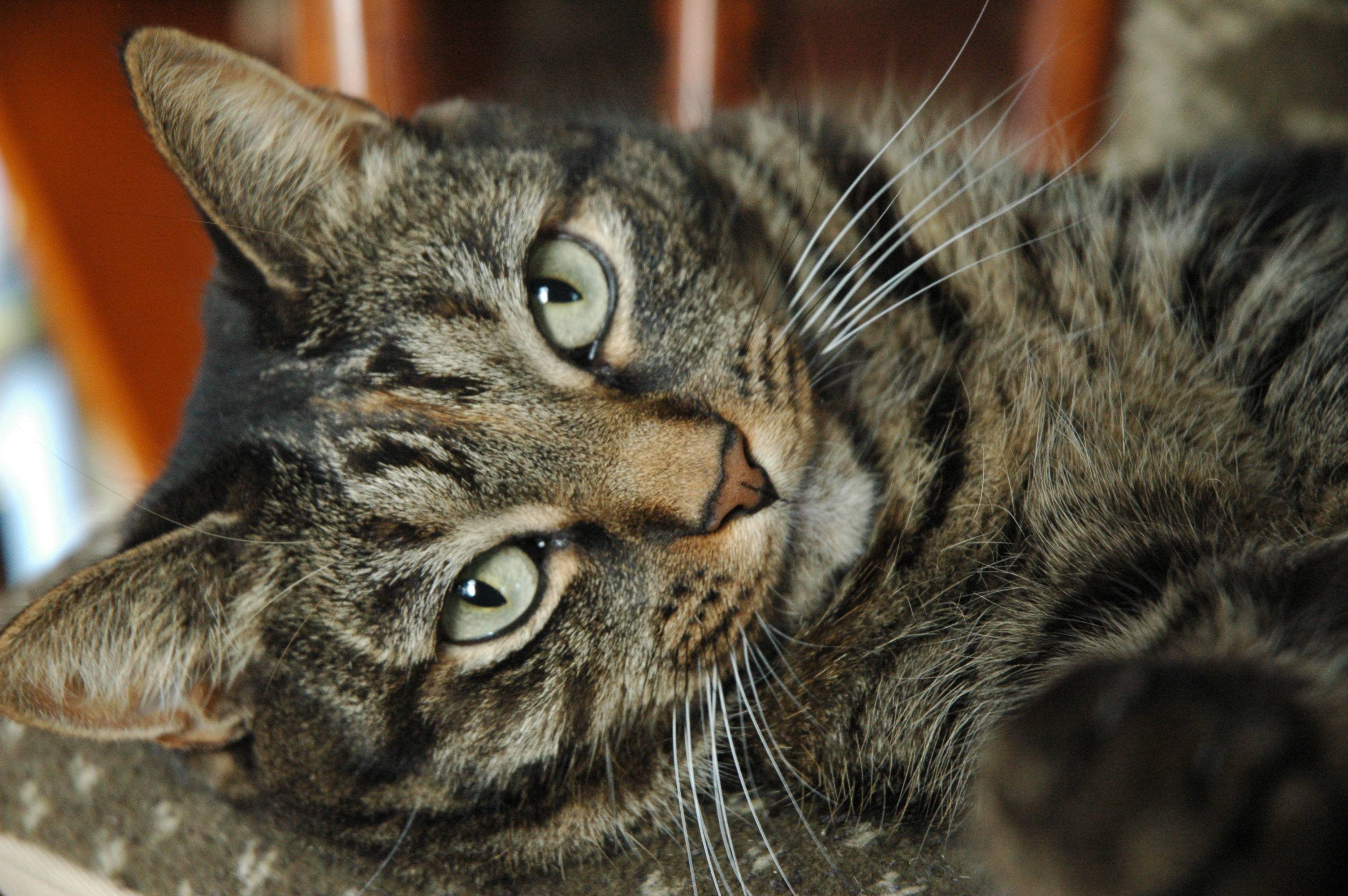 Then, as darkness falls, Gussie quietly patrols the decks. She particularly enjoys listening to the seals bark and watching the porpoises play near the schooner as they dock in the early evening hours and prepare for dinner.

She generally accompanies Captain Martin as they make the evening rounds, walking the passenger companionways, checking the bilges, and inspecting the heads and anchor.  After the watch, Gussie enjoys testing her boundaries by sneaking a drink from the water barrel – a practice that is strictly forbidden.

The nightly ritual always results in a stern verbal warning, whereupon Gussie jumps down from the barrel and sulks as the captain makes her way to bed.

Within a few minutes of the crew retiring, the clattering of the cat door can be heard as Gussie makes her way down the ladder and into the Captain’s bunk for the remainder of the evening. It is here where she can lie undisturbed and listen to the lull of ocean waves lapping against bow.

After a week at sea, Gussie is content to return home for a day or two of mousing on land and reading her fan mail, then it’s back to the schooner for the next cruise. Her official job while at sea is to keep the passengers comfortable and content. It’s a job she does well, and often behind the scenes.

A quiet, shy cat, she is perfectly content with a pat on the head and hearing any of the comments that follow her around, which often include, “What a sweet and beautiful kitty.”

And then it’s back for her next sailing adventure aboard the Mary Day, where they sail from Camden, Maine to the wild and exotic sea. 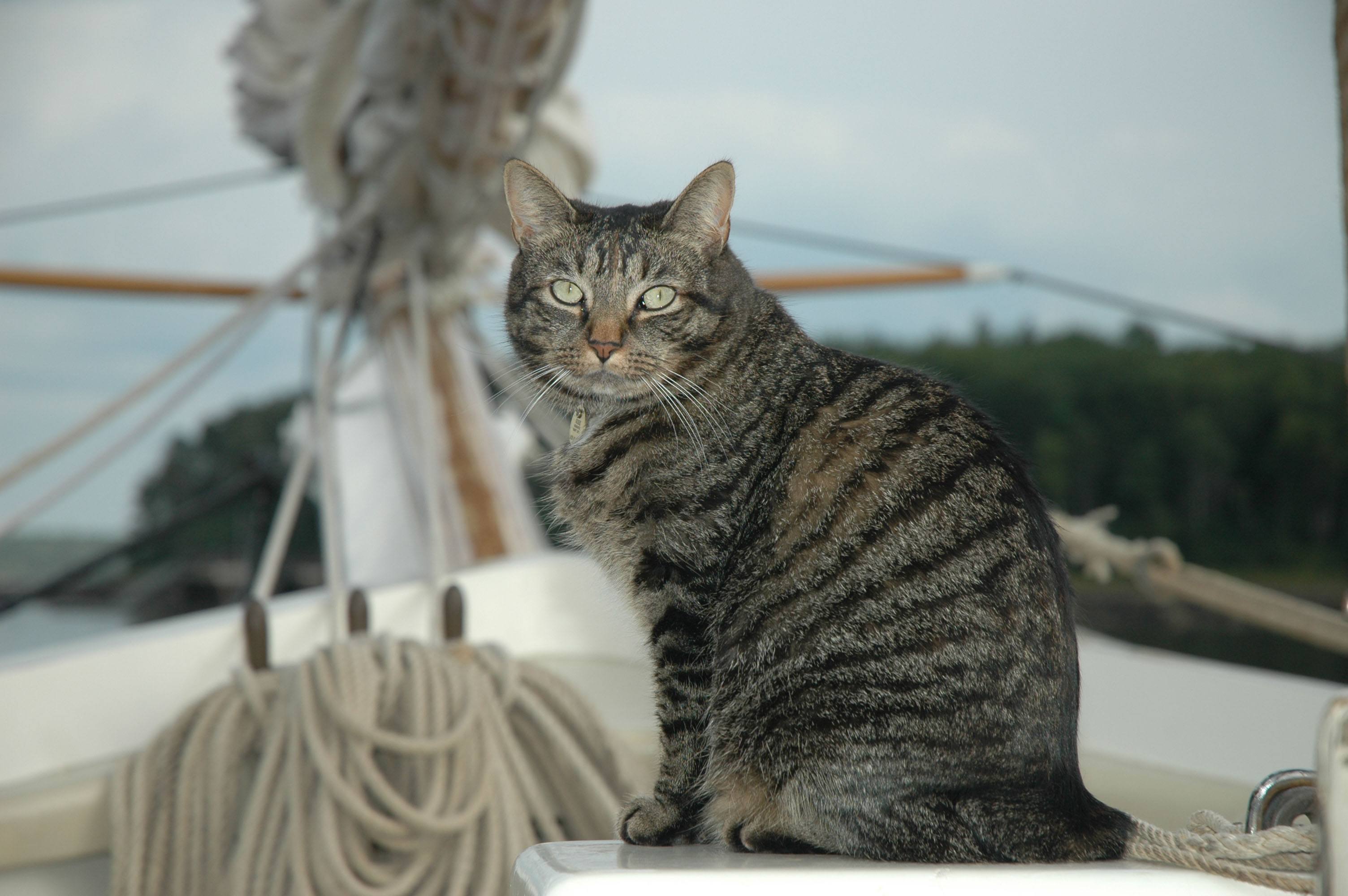