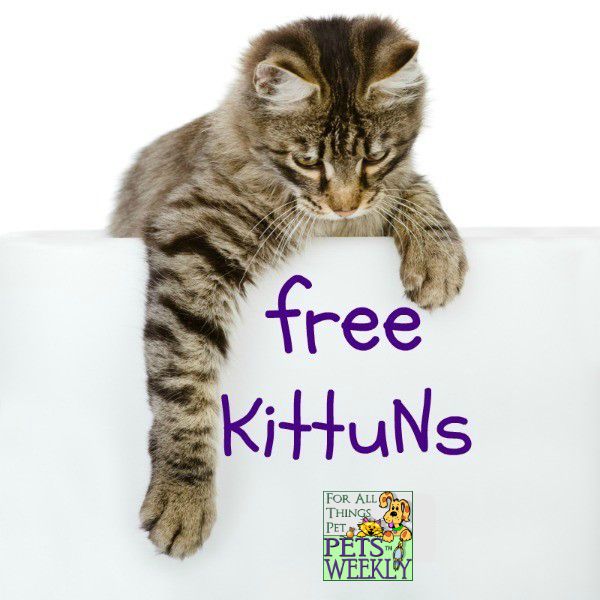 The sign on the mailbox post was hand-lettered on cardboard and read “FREE KITTUNS”. It appeared there two or three times a year, sometimes spelled this way, sometimes that, but the message was always the same.

In a corner of the farmhouse back porch was a cardboard box with a dirty towel inside, on which huddled a bouquet of kittens of different colours, mewing and blinking and waiting for their mama to return from hunting in the fields. The mother cat managed to show them enough interest for the first several weeks, but after having two or three litters per year, she was worn out and her milk barely lasted long enough for her babies to survive.

One by one, people showed up over the next several days and each took a kitten. Before they left the woman who lived there always said the same thing, “You make sure you give that one a good home – I’ve become very attached to that one.”

One by one, the kittens and their new people drove down the long driveway and past the sign on the mailbox post, “ FREE KITTUNS.”

The ginger girl kitten was the first to be picked. Her four-year-old owner loved her very much, but the little girl accidentally injured the kitten’s shoulder by picking her up the wrong way. She couldn’t be blamed really – no adult had shown her the proper way to handle a kitten. She had named the kitten “Ginger” and was very sad a few weeks later when her older brother and his friends were playing in the living room and someone sat on the kitten. 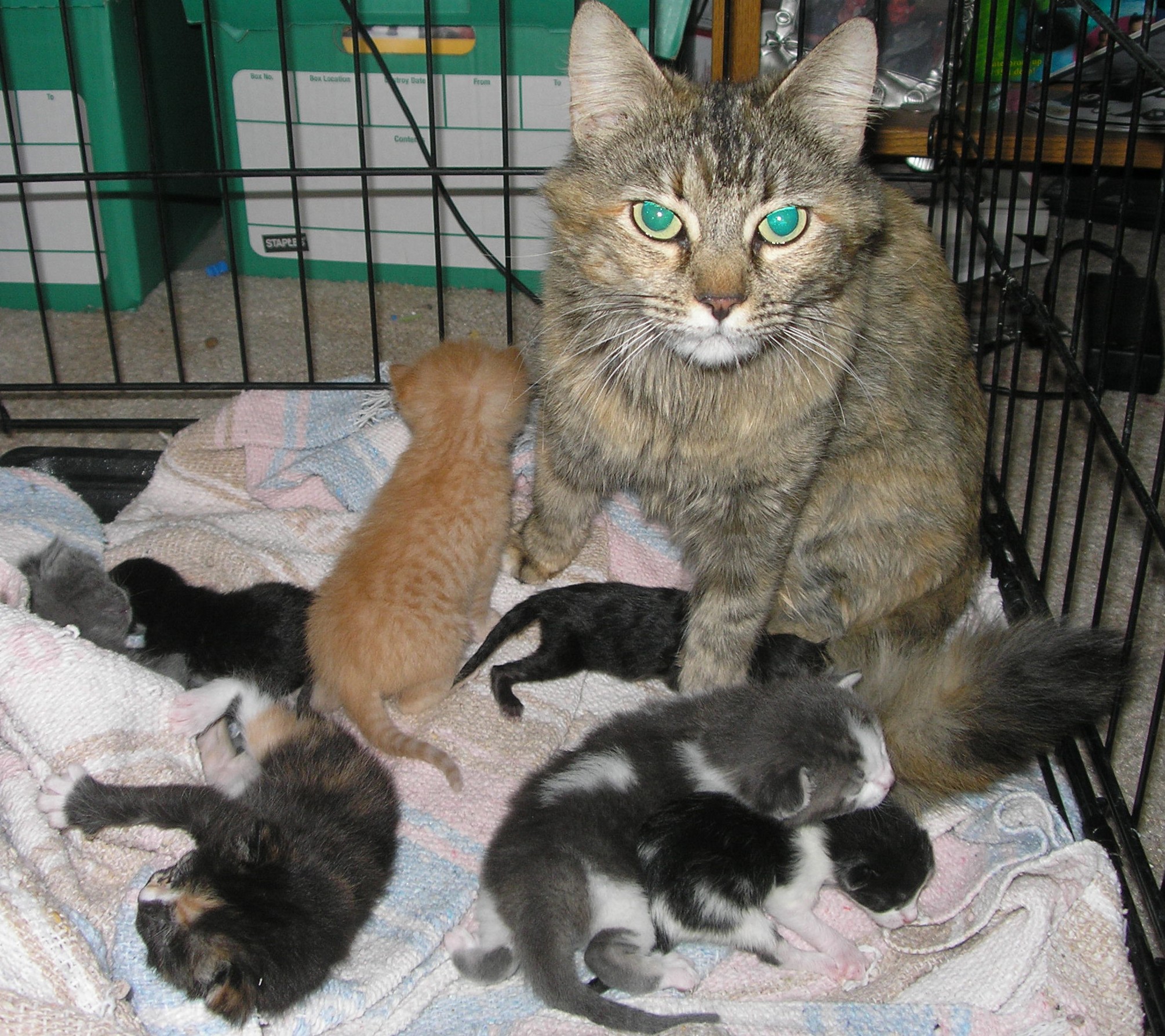 The solid white boy kitten with blue eyes was the next to leave with a couple who announced even before they went down the porch steps that his name would be “Snowy.” Unfortunately, he never learned his name and everyone had paid so little attention to him that nobody realized he was deaf. On his first excursion outside he was run over in the driveway by a mail truck.

The pretty grey and white girl kitten went to live on a nearby farm as a “mouser.” Her people called her “the cat”, and like her mother and grandmother before her, she had many, many “free kittuns,” but they sapped her energy. She became ill and died before her current litter of kittens was weaned.

Another brother was a beautiful red tabby. His owner loved him so much that she took him around to meet everyone in the family and her friends, and their cats, and everyone agreed that “Erik” was a handsome boy. Except his owner didn’t bother to have him vaccinated. It took all the money in her bank account to pay a veterinarian to treat him when he became sick, but the doctor just shook his head one day and said “I’m sorry.”

The solid black boy kitten grew up to be a fine example of a tomcat. The man who adopted him moved shortly thereafter and left “Tommy” where he was, roaming the neighbourhood, defending his territory, and fathering many kittens until a bully of a dog cornered him.

The black and white girl kitten got a wonderful home. She was named “Pyewacket.” She got the best of food, the best of care until she was nearly five years old. Then her owner met a man who didn’t like cats, but she married him anyway. Pyewacket was taken to an animal shelter where there were already a hundred cats. Then one day, there were none.

A pretty woman driving a van took the last two kittens, a grey boy and a brown tiger-striped girl. She promised they would always stay together. She sold them for fifteen dollars each to a laboratory. To this day, they are still together … in a jar of alcohol.

For whatever reason – because Heaven is in a different time zone, or because not even cat souls can be trusted to travel in a straight line without meandering – all the young-again kittens arrived at Heaven’s gate simultaneously. They batted and licked each other in glee, romped for a while, and then solemnly marched through the gate, right past a sign lettered in gold “YOU ARE FINALLY FREE, KITTENS.”

Tags
Previous Article
A Picky Bunny is a Smart One!
Next Article
Your Pet Rabbit’s Needs