Notice: Undefined offset: 77 in /var/www/wp-content/plugins/ad-inserter/ad-inserter.php on line 6772
 Seeing through an Animal’s Eyes; An Interview with Temple Grandin - PetsWeekly.com
LOADING

Seeing through an Animal’s Eyes; An Interview with Temple Grandin 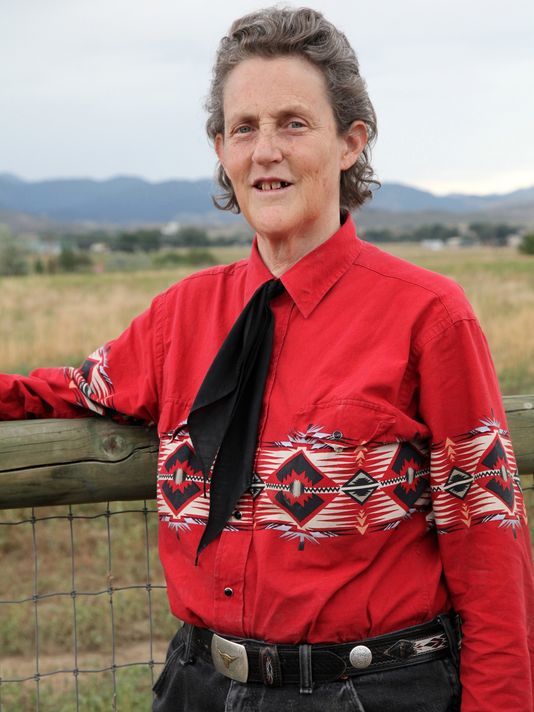 In 2005, I had the distinct honor of meeting Temple Grandin at a book signing in Minneapolis, MN.  At that time, “Animals in Translation” had just been released and the large group of people at the book store was made up mostly of parents of Autistic children and the remainder were animal lovers.  I found it to be a fascinating lecture because her unique insight has transformed the field of Animal Behavior.  At the same time, she gave hope to millions of families dealing with Autism.

The connection between Autism and Animal Behavior is still being researched but Temple Grandin is the authority on both.

Having just released a movie on HBO about her life, Temple finds herself in the unlikely position of fielding phone calls to set up guest lectures and interviews.  Unlikely, because the majority of her adult life and professional career were met with a certain amount of disregard for her opinions.  Having contacted her in January after watching her movie, I was very impressed with her down to earth style of answering my questions and a willingness to share her ideas.  She has been very interesting to discuss many animal behavior questions with me and to share her encouragement of the Tellington TTouch program.

My first call was about the “Squeeze Box” which was a mechanical device she built to help calm her.  I inquired about the similarities to our different Body Wraps we use in TTouch.  I have now came to consider her someone I can ask my questions to and even though she is so busy, always finds time to return my calls or email me.  She was very happy to make time to talk to me for an interview for TTeam Connections.

Temple is an advocate for the humane treatment of animals and if you ask her why, her answer is exactly what you would expect from a person of Science “It is just common sense.”

Financial responsibilities weigh on her mind since she is a business woman who designs livestock handling systems.  It frustrates her how she can show a facility how they can save $1,000 or more a day by making a simple change but they choose not to. The concept in TTouch that was first taught to me by Edie Jane about seeing things through a new set of eyes is also conveyed by Temple.

“Some people just don’t see.  They are stuck in the old ways even if those ways did not work and never will work.” 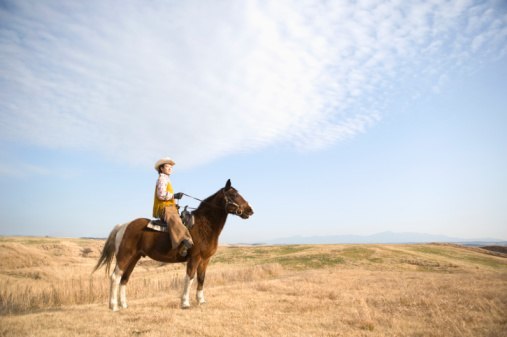 Good stockmanship, or the handling of cattle, is her passion.  It makes no sense for us to struggle with the animal.  In her years of educating her principles, she says 20% will get it right away, 50 – 60% can be trained and they will accept the training and the other 20% are hopeless because they are so stubborn about letting themselves have any feelings about the animals.  And she says, it is only getting worse.

It is sad to her that so many children grow up without even a hamster to connect them with nature.  “The big problem is that children have no problem solving skills any more, and if they do it is all abstract.  They don’t get to play outside at recess and build forts and just play.”

Temple may have been speaking about the lack of experiential learning.  Video Games, computers, and cell phones take the place of real adventures.  Recently, one of my friends who rides dressage was explaining to me about dressage while we were grooming her horse.  When I asked if I could watch her ride dressage she could not believe I would ask when her trainer was not present.  She would never ride without her trainer.

In Temple’s book, Animals Make Us Human, Temple discusses Horse Whisperers who get a horse to accept a bridle, saddle and rider without using pain or restraint in very short time.  Many of the famous horse whisperers and natural horseman, Temple has noticed are a little Asperger-like or they are dyslexic. “Asperger’s syndrome is “autism with language”; a person with Asperger’s syndrome didn’t have a language delay as a child but does have the social deficits and the perceptual differences of an autistic person.”

People with Asperger’s or dyslexia are often good with animals because their thinking is more sensory-based than word-based.

“Many times, I have told my students that to understand animals you need to get away from language and think in pictures, sounds, touch sensations, smells, and tastes.  Everybody who works with horses can learn to be more sensory-based in their relationship with horses.  Sit in a quiet place and visualize your horse.  What does he look like when he is doing different things?  What does his breathing sound like?  How does his skin feel when you stroke him?  Then when you work with your horse, keep the sensory details in your mind.”

Being able to sense what our animals need is of high importance to Temple as it is to the Tellington TTouch community and animal lovers’ in general.  Intuition is knowing without seeing and Temple sees her intuition reversed as seeing without knowing.  She sees pictures in her mind which she then has to decipher what it means to the animals.

In her most recent book, “Thinking with Pictures, My Life with Autism”, Temple writes; “I always thought about cattle intellectually until I started touching them.  I was able to remain the neutral scientist until I placed my hands on them at the Swift plant and feedlots in 1974.  When I pressed my hand against the side of a steer, I could feel whether he was nervous, angry, or relaxed.  The cattle flinched unless I firmly put my hand on them, but then touching had a calming effect.  Sometimes touching the cattle relaxed them, but it always brought me closer to the reality of their being.”

As Dr. Grandin has now been lecturing and writing on humane animal treatment for 40 years, she is now seeing the pay off of her hard work, determination, and overcoming the frustrations.  By becoming an avid lecturer and writer, her greatest accomplishment came in 1999 when McDonalds corporation made the feedlots comply with the design and regulations designed by Temple.

People were easy to buy a product of hers but until a Manager was on Board, the changes did not happen.  Now her designs of feedlots can be found United States, Canada, Europe, Mexico, Australia, New Zealand, and other countries. In North America, almost half of the cattle are handled in a center track restrainer system that she designed for meat plants. Curved chute and race systems she has designed for cattle are used worldwide and her writings on the flight zone and other principles of grazing animal behavior have helped many people to reduce stress on their animals during handling.

Again in “Thinking in Pictures”, Temple has a profound way of thinking in terms of our work with animals in the TTouch community.  “To have feelings of gentleness, one must experience gentle bodily comfort.  As my nervous system learned to tolerate the soothing pressure from my squeeze machine, I discovered that the comforting feeling made me a kinder and gentler person.  It was difficult for me to understand the idea of kindness until I had been soothed myself.  It wasn’t until after I had used the modified squeeze machine that I learned how to pet our cat gently.  He used to run away from me because I held him too tightly.  Many autistic children hold pets too tightly, and they have a disproportionate  sense of how to approach other people or to be approached.  After I experienced the soothing feeling of being held, I was able to transfer that good feeling to the cat.  As I became gentler, the cat began to stay with me, and this helped me understand the ideas of reciprocity and gentleness.”

I think Temple’s message is very clear for people wanting to make changes to the world of animals.  Calm perseverance of writing, lecturing and teaching will pay off.  As more and more people take courses in Tellington TTouch, we can change the world, One TTouch at a Time.

Learn more about Celebrities and their Pets: