Probiotics for Pets: A look at Probonix 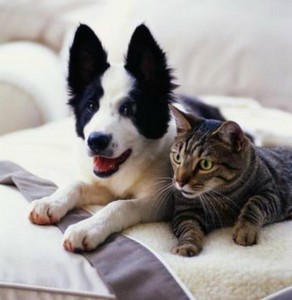 It’s likely you may have heard about the thousands of benefits of probiotics for pets, also known as “Direct Fed Microbials”. If you haven’t, trust me – you will.

While at Global Pet Expo this year, we were excited to talk with Humarian about Probonix, their line of probiotics for pets.

If you’ve been thinking about trying probiotics with your dog or cat, you would be absolutely right in doing so, but it’s important to understand the reasoning behind choosing a probiotic and the importance of buying from a reputable company.

Probiotics for pets can help your dogs and cats by…

In addition, it contains an exclusive formula of eight of the most effective probiotic strains for supporting general gut health and immune system function in dogs and cats. I think you’ll agree that the ingredient list is pretty impressive!

“Probonix contains a proprietary acid mixture that protects the healthy probiotic bacteria from the harsh environment of the stomach acid and gives them much higher survival rates than other probiotics on the market. Our acid mixture coats the healthy bacteria and helps them adapt to the acidic environment of the stomach as they pass through. This allows them to survive in much greater numbers than competing products.

“We conducted extensive research to prove this point in 2015. According to this research, Probonix had a survival rate that was 9-11 times higher than top rated competing products.

“Competing products may promise more probiotics per dose, but Probonix will get more of them alive and to your pet’s gut.”

“There are over 1,000 species of bacteria that have been isolated from the gut flora of cats and dogs. Cats and dogs share our environment, and environmental bacteria is what populates the food we eat, the air we breath, and the water we drink. There are some differences from gut transit times, enzymes produced, and ancestral diets, but these things do not have as much impact on the types of gut flora as you might expect. For the most part, the major gut flora strains between dogs and cats are largely similar.

“Diet can have a major effect on the amount of prebiotics ingested. The omnivorous diet of dogs provides them with more prebiotic fiber and starch than cats, but there is enough prebiotic in Probonix for both dogs and cats.

“Do we also need to give our pets (and ourselves) pre-biotics in addition to your product or is it all in one? Probonix contains a prebiotic called inulin, so everything they need is already included!

“You won’t find inulin in many competing probiotics because it is one of the more expensive prebiotics. We chose it for Probonix because we found that it assists probiotic growth more effectively than the more generic prebiotic options.”

How long does Humarian stay good?

“Probonix is good for up to 18 months after the date of manufacture.”

Any other advice you can offer pet owners?

“Putting the word “probiotic” on products is a pretty cool thing to do lately, and most companies don’t have the research to back up their claims of effectiveness. When searching for probiotic products of any kind, make sure to ask for proof so you can confirm the claims of the product yourself!”