Teaching a Coyote to Fetch 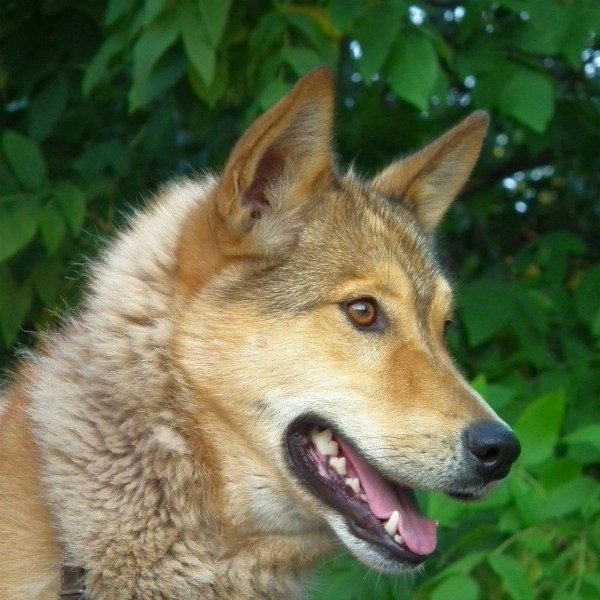 I have a dog who can fetch.

Nothing unusual about that, you say. All dogs can fetch if they’re trained properly. Perhaps you are right. However, my dog doesn’t fetch toys. He doesn’t fetch the newspaper. He doesn’t even fetch sticks. He fetches other animals.

Before I get any calls from concerned parents, or outraged animal rights experts, allow me to explain the situation and make a few clarifying points.

I have two dogs, actually. The first dog, Roscoe, is a beagle mix. He has not had a lot of training, and even less socialization and is therefore extremely suspicious of people in general. This makes it nearly impossible to place him into a new family, and so I have taken it upon myself to care for him. (Point #1: I believe in animal rescue work).

Tristan, my other dog, is a very rambunctious two and one half-year-old coyote and wolf mix (yes, I did say coyote and wolf), which makes him a “difficult-to-control teenager” in people years. He is, however, sweet-tempered, anxious to please, and other than jumping up on people and digging holes in my new lawn, has never caused one single problem. He loves children and other animals, and has designated himself Roscoe’s foster parent. (Point #2: Parents need not worry about their children being consumed by my urban coyote.)

Recently, Roscoe came down with an ear infection, a rather bad one if truth were told, and a trip to the veterinarian seemed to be in order. Roscoe however, saw no need for a veterinarian whatsoever, and opted to deny medical treatment. As he is only a dog, I felt obligated to force the issue, and thus spent several hours chasing him around the yard to illustrate my point. I finally managed to convince him of his need for assistance by half-carrying him to the truck and wrestling him all the way into the veterinarian’s office.

Ever try to pour liquid into a beagle’s ear?

The first day of treatment fell on a Sunday, and I spent a total of 8 hours trying first to catch Roscoe, then to clean his ears, then to give him his required ear drops, then to force antibiotics down his unwilling, protesting throat. In an effort to simplify things (and preserve whatever dignity Roscoe may or may not have had left), I had placed Tristan and Malachi in the house so they could observe the antics without being directly involved.

On Monday, I woke up earlier than usual so I could take an extra hour to medicate Roscoe. Two hours later, I admitted defeat, and let my coyote outside. In a rare moment of complete exasperation, I said, “Tristan, go get that damn dog.”

To my surprise. Tristan ran towards Roscoe, pushed him on the ground, and laid 80 lbs over the top of him, holding him immobile until I could reach them.

He then stood by watchfully until I had completed treatment, at which time he licked and played with Roscoe, asking his forgiveness. I now have only to say to Tristan two times a day, “Go get him.” at which point he “fetches” Roscoe for me.

The World Will Know It, Too…