A Story of Animal Communication 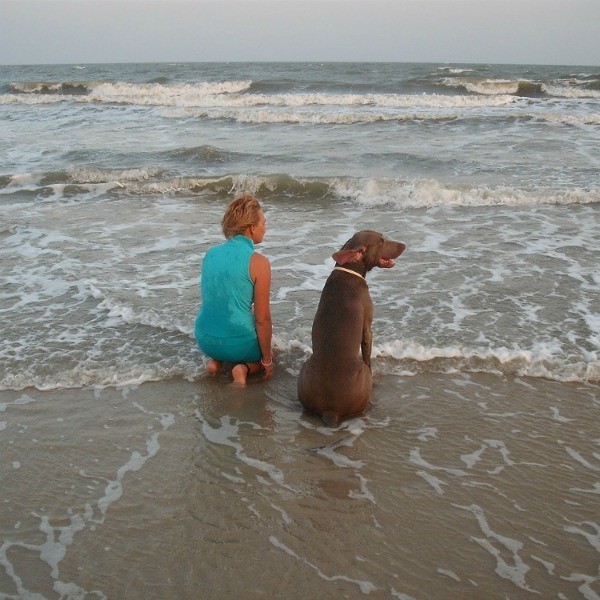 When I was a little kid about eight or nine years old (yes, I was actually a little kid once), I had a best friend named Niki. She was a year older than me, which means that I looked up to her as wiser, more beautiful and far more intuitive than I would ever be.

When we weren’t recreating scenes from Battlestar Galactica or Charlie’s Angels (I was always Kelly), we were writing screenplays or more importantly, conducting in-depth observation and scientific studies that usually centered around UFOs or animals.

The way this study worked was simple: after synchronizing our watches, one of us would go into a room with an animal while another went to an adjoining room alone. Neither of us were allowed to speak to the animal or each other for the duration of the study. Each of us had a pad of paper and a pen that we used to take extensive notes on our findings.

The theory was that animals are psychic and can communicate via thought to humans, and since we knew that humans only use a very tiny percentage of our brains, we believed that most of us just didn’t know how to access that higher level of thought that communication with animals required.

After 30 minutes or so, we would compare our notes, looking for proof that animals could communicate through thought.

Our findings? Well, it didn’t take long for us to understand that it’s hard to prove if an animal is responding to thoughts, stimuli, etc. Especially when you’re an eight-year-old.

What we did learn, besides the fact that we would probably have made great scientists, is that the animals we were most closely bonded with tended to respond to our psychic commands much better than they did to a command given by someone who didn’t know the animal as well. The stronger the connection to the animal, the higher the chance that the dog would respond.

While the experiment would never hold up to today’s scientific inquiry, it makes you wonder… How do dogs know when you’re coming home a block before you reach the house? How do they know when you’re headed to the veterinarian and not the park?

We want to know what you think… Can animals respond to our thoughts? And more importantly, what kind of television shows did you act out as a child?

Harmony in a House of Cats
PetsWeekly, 2021 ©All rights reserved.