Notice: Undefined offset: 77 in /var/www/wp-content/plugins/ad-inserter/ad-inserter.php on line 6772
 Journey of Woman and Her Dog Around the World - PetsWeekly.com
LOADING

Journey of Woman and Her Dog Around the World 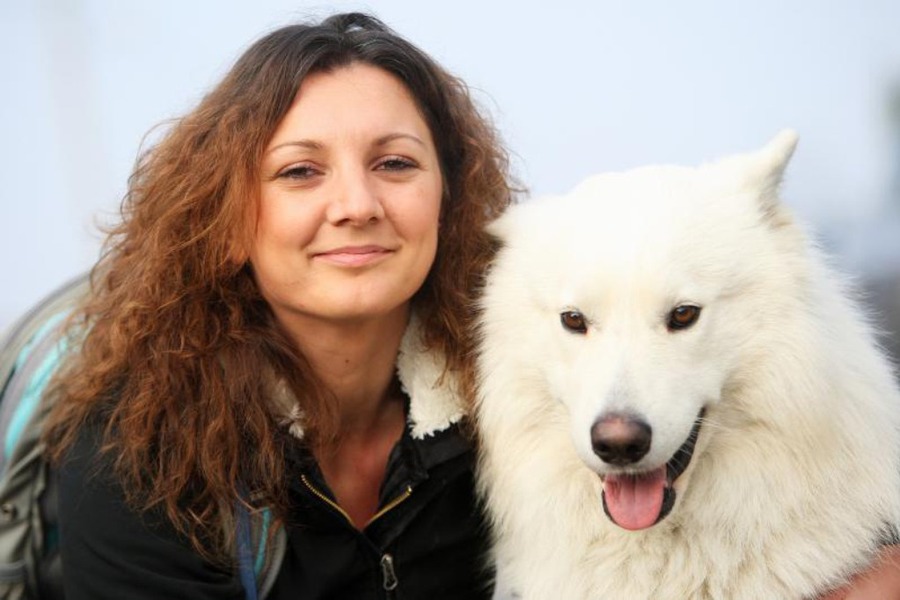 One woman, one dog, four continents, three years – together on the adventure of a lifetime…

Once upon a time, I was an adventurer.  I’ve been chased by an elk down a secluded mountaintop. I’ve stood on a sandbar in the middle of the Atlantic and fed squid to stingrays. There was a time when I spent three weeks in a forest, waking close enough to the remnants of a fire each morning that I could coax embers back into flame without ever leaving my sleeping bag.

Its memories of my previous life as an adventurer that makes the story of a woman and her dog traveling the world on a bicycle so utterly appealing to me.

Meet 28-year-old Snježana Frketić (also known as “Anna”) and Onni, her two-year-old Swiss Shepherd (“Onni means ‘happiness’ in Finnish, which is how she arrived at her motto, “Happiness around the world”). Together, they are committed to traveling four continents over a period of three years with nothing but a bicycle and trailer to get them to their destination. 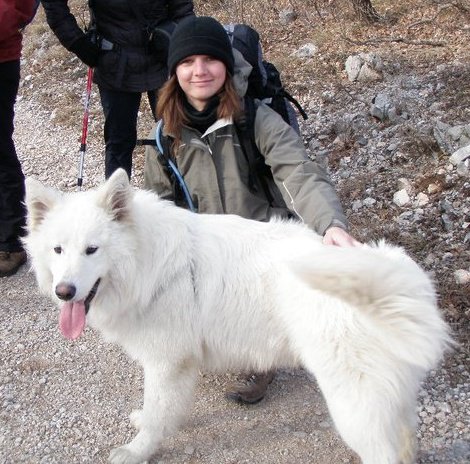 “Before this trip, I had a pretty normal life,” Anna said. “After school, I worked at a credit card company and had a good, office job, solid salary – many people would have been happy. But, something was missing. The job did not provide enough intellectual challenge, it choked me, and no change was in sight. I decided to make a radical change, quit my job, take only the most basic things and travel.”

She had spent years hosting people in her home through CouchSurfing and WarmShowers networks. Their tales fascinated her. When an 18-year-old from Belgium showed up with tales of his cycling trip to Australia, she thought, “What am I waiting for?”

Leaving her beloved dog, Onni, was never an option. She only needed to find the best way to transport him. After considering many options, she opted for a bicycle with Onni traveling in the trailer. Thanks to a small bike shop called Croatia Bicikl.biz, she was able to officially plan her adventure.

Anna’s journey started in June of 2011 from her homeland in Zagreb, Croatia – not so far from Bosnia and Slovenia. (You can track her entire route here) 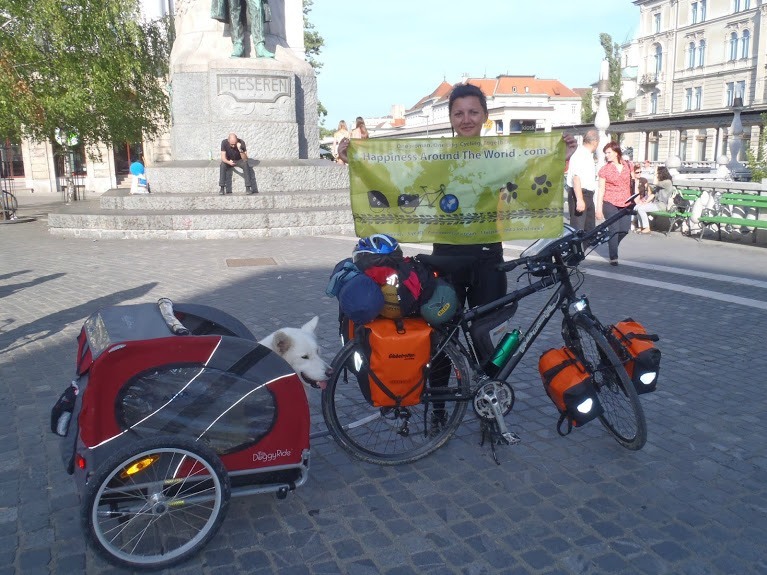 When you ask her if she’s afraid of traveling alone, she replies, “I don’t feel that it is any more dangerous than anything I’ve done here in Zegreb. I don’t like these borders and labels. For me, I live on Earth and home is where my heart is. Simple as that.”

Anna first left Croatia and moved through Slovenia, then on to Zabok, but was ready for the EU.  From there, she spent five months cycling through Europe – just her and Onni.  She had coffee in France, chocolate in Belgium, wine in Italy. She’s had hosts throughout Hungary, Slovakia, Austria, Holland, Germany and the Czeck Republic. She’s travelled by plane to Mexico, where she again took up her bicycle and trailer to explore the jungles of Guatemala and the beaches of the Yucatan. Soon, she will be headed to North America for many more months of cycling. (We hope to host her here in Arizona!)

There were car accidents to avoid, border crossings to navigate and finding places to stay that would accept her large dog.  When funds allow, it may be a hotel. Other times, it’s a gracious host. Occasionally, she finds herself camping in whatever new land she finds herself in – Onni always by her side.

Lessons to Learn when Traveling the World with a Dog 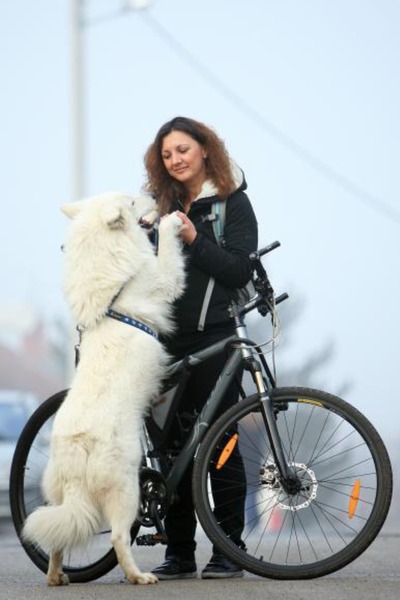 There is a learning curve involved when you’re cycling with a giant dog. For example, the time when Onni spotted a squirrel and hopped out of the trailer, capsizing both her and the bike in the process. There are vaccinations needed for each area, special travel permits, permissions from governments, and health certificates that must be provided by veterinarians along the way. And there is knowing that you have to avoid any country that requires quarantine for animals.

Frequent challenges include flat tires, torrential rainfall, steep mountainsides and the occasional squirrel. She sells her t-shirts and postcards along the way, hoping to raise enough money to help save the street dogs of her hometown. And luck, for the most part, has been with her and Onni on this amazing journey.

Traveling the world on your own is one thing, but to travel the world with your dog is an entirely different journey.

Anna has the right attitude, though. Even during the first leg of her journey, when catastrophes seemed to happen daily, she had this to say: “Seven days of Slovenia, six cases of bad luck, five sunny days, two rainy days, three flat tires, one right fist that does not function (mine), three great hosts, one interesting artist, one crazy Zabok man, lots of laughs with Petra at our own expense, lots of happiness because Happiness was with us… and lots of thinking. About what? Well, mostly about love. Naturally…”

Help Anna and Onnia on their Adventure!

Anna and Onni need to continue raising funds to help them on their adventure, and that special shelter for the street dogs of Slovenia are in desperate need of funds. If you would like to contribute to either cause, please visit their website at Happiness-Around-The-World and please consider purchasing one of her fun t-shirts from her online store. Their adventure can be followed daily on Facebook and remember her motto: There are no such things as strangers, only friends we haven’t met yet!

Tags
Previous Article
Why You Should Snake-Train Your Dogs
Next Article
Animal Author Interview: Amy Shojai