Falling Into the Food Chain 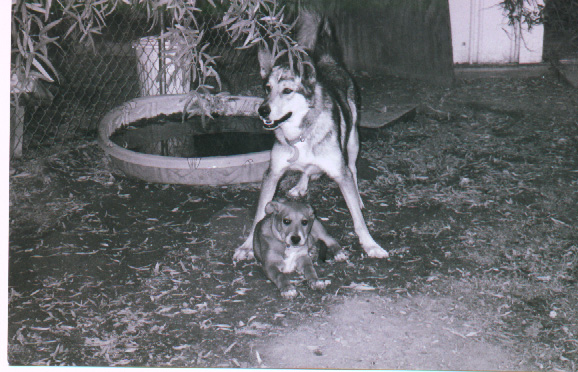 Last week, the biggest decision I made was whether to lie on my back or roll over onto my stomach. Both required equal amounts of energy output, and I wasn’t fond of either position. I also exerted a tremendous effort in trying not to sneeze.

This all started while I was vacuuming…

Little did I know on that fateful Saturday morning, that cleaning the house would result in my being incapacitated for the next two weeks. As I innocently pushed the vacuum down the hall, my coyote chased the occasional cat that made a brave escape from the vacuum monster, when suddenly I was consumed by a severe muscle seizure in my lower back. It was so severe, in fact, that my legs crumpled beneath me and I fell to the floor, crying out in pain. Lying there, I assumed the most logical explanation; the extra work that I had to do in cleaning up after all of my animals had finally put such a strain on my back that my spinal cord had snapped – during vacuuming – as a final act of rebellion.

As I lay on the floor, afraid to move, many thoughts ran through my mind – the fifty pound bags of dog food that I picked up each week, the constant bending over to pick up the furry plastic mice my cats loved so much, the constant cleaning of litter boxes throughout the week, the yard work that I did each day…It had all, finally, forced my back to rebel and say, “I shall not take this abuse any longer!” And when I refused to listen to its outcry, it took matters into its own hands and just quit…

For those lucky enough never to have experienced your back “going out”, allow me to illustrate, if I can, the pain that accompanies this event. Suppose, for a moment, that you are out in your yard enjoying a cup of coffee with your neighbor when out of nowhere, a hoodlum brandishing a baseball bat suddenly appears and hits you, at full swing, in the small of your back. This is the type of pain that we are discussing here. But, I digress…

As I lay on the hall floor, my legs crumpled beneath me as I tried to stay conscious, my pets slowly approached me. Their pack leader was injured, lying on the ground, helpless and they were all confused at how this could have occurred. What could be so powerful as to take out their leader? What could have reduced their alpha to such a state? Each time I attempted to move to a flat position, they whined nervously, sniffing and rubbing against me to show their concern. These acts of love served only to inflame their leader into an agitated state of yelling and cursing, and they eventually retreated to their room to further discuss this new development.

After I finally managed to obtain a lying down position, I was free to ponder the problem of calling for help. My only concern at that time was to reach my phone, which coincidentally, was on the other side of my house. The only solution that I could find to this very big problem was to pull myself on my elbows (as nothing below my mid-back was functioning) down the hall, through the kitchen, into the living room (across the tile floor that I had just put down less than three months ago) and to the phone which I hoped was fully charged.

Tristan, my coyote, had by that time come to the conclusion that I was not really injured, but only playing a marvelous new game that I must have made up for his enjoyment. In his denial of a pack leader being actually hurt, he determined to play this game well, as I was obviously so “into” it. This new game consisted of me lying on my stomach, a position that he also assumed, facing me. Each time I pulled myself forward, he would edge backward, grinning, and wagging his tail. A point was scored for each movement forward that I made, and he appointed himself score keeper by barking each time I made a point.

The rules were simple, in that no one could get up and walk at any time, they must always remain on their stomachs. And so we progressed, Tristan lying on his belly in front of me, barking, grinning, and scooting backwards each time I made a point. It was in this encouraging way that I made it to my phone, and managed to call for help.

It is a new game that we have created, my coyote and I, and one in which I hope we will not have to play for a very long time! Instead, we are working on a new game, which I like to call, “Fetch the Phone”!

*This is an excerpt from the book, “Conquering the Food Chain:  Living Amongst Animals (Without Becoming One)”

You may also enjoy these stories from Stacy Mantle:

How to Install Coyote Rollers

Guide to Protecting Pets From Coyotes

Animals and Their Souls