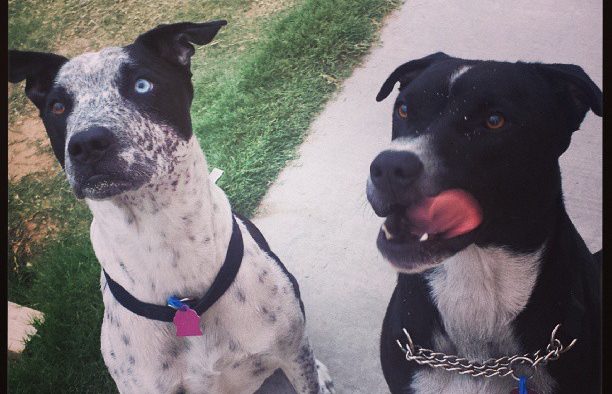 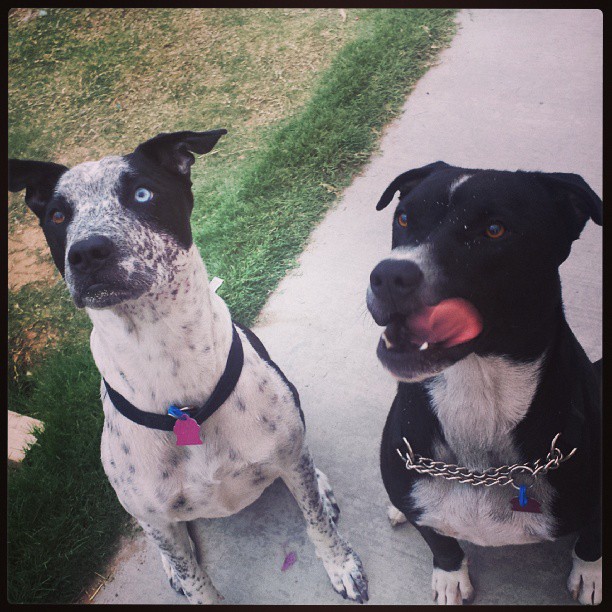 When we first started out with our training diaries commitment, we wanted to ensure our pets were all healthy. Last year, we changed their diet to The Honest Kitchen (which we and they love!), and this year, we began working on routine exercise (more on that next week), and have started requiring that they “work” for a living. Of course, they are all in great shape and while they don’t have any weight issues, it’s still important to have health issues checked out. Particularly when signs of aggression began to appear in our oldest dog, Cheiss.

Turns out, most of the aggression issues in dogs can be linked back to pain management issues. We had the good fortune to discuss why this occurs with a few very informed and well-respected trainers.

Dogs learn by association and we first noticed that Cheiss was being very aggressive with our younger dog, Brock (our younger dog), after the two had a slight mishap during a play session. They were both chasing a ball, Brock bumped into Cheiss (our older dog) and he yelped, then snapped at Brock. At first, nothing else happened. Cheiss went inside to rest and Brock continued to play, although he was a bit shook up. I didn’t know it would set the precedent for the future engagements we would endure.

Since dogs learn through association, Cheiss began to associate Brock with pain. And in order to avoid that pain, he would begin lashing out at Brock before Brock could “hurt” him. This resulted in multiple “sneak attacks” and it wasn’t long before we couldn’t have them in the same room together. 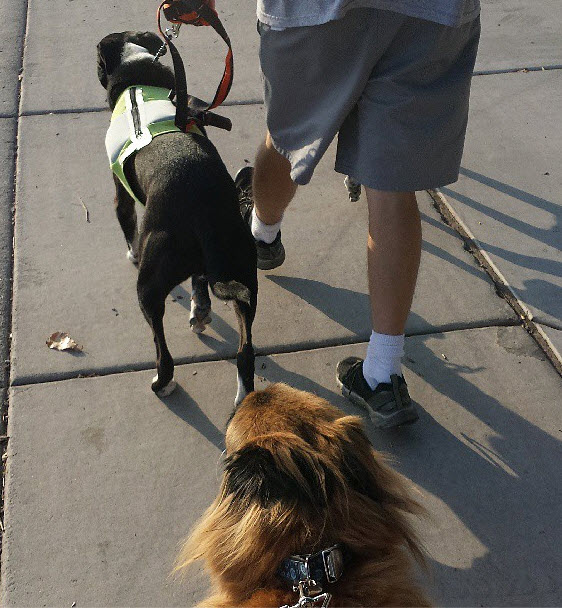 Initially, that’s what started our foray into the training arena. We were trying to stop aggression and I imagine most people enter the arena for this reason. Training did indeed help, because they weren’t bumping into each other as often. But, it didn’t resolve the problem and for the next eight months, we had to keep gates up to separate them.

The Underlying Causes of Aggression

I’m a little ashamed that it took us so long to get Cheiss to the vet. Since moving, we haven’t found one in our area that we really adore, and that makes it harder for me to take them in. Then, Bree had a series of problems with her ears, Brock had  a paw problem, and we ultimately had to cover emergency fees rather than checkups. Nevertheless, we got Cheiss into the vet and while we can’t really afford every test he needs, we got a lot of them done.

Dogs are brilliant at covering their pain. Showing pain is a sign of weakness in the wild, and when you have more than one dog, it’s a similar scenario. We knew Cheiss wasn’t feeling well, because he’d had a femoral head ostectomy when he was a pup. It’s only natural he should be exhibiting some arthritis in his leg. But, Cheiss is a master at covering up problems and since he still played fetch every night and had more energy than the pups, we just assumed he was doing okay.

What really happened is that he’s not doing as well as we thought. We’d had him on Glucosamine and a host of other supplements for years, but it was time to bring in some other pain management techniques. This includes the cold laser, massage, aqua therapy, and occasionally pain medication. 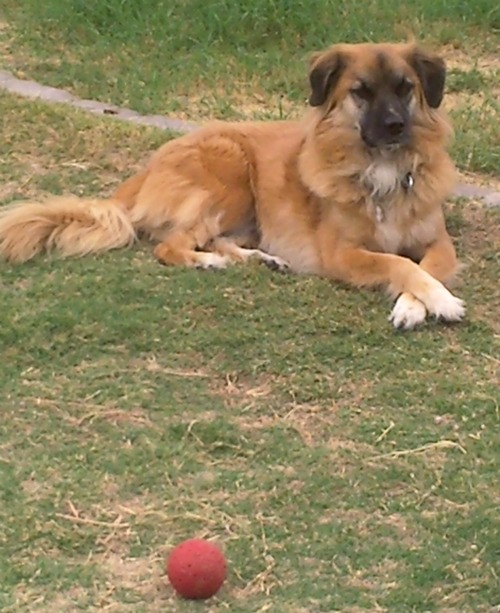 Cheiss is doing much better, but since we didn’t discover the underlying cause of his issues until much later, it’s taking time to resolve the aggression problem. Daily walks as a pack help tremendously. Bree, forever our peace keeper, stays between the boys during our walk. But it hasn’t been necessary for her to stop a fight. There are no easy fixes when it comes to animals.

This is why I firmly believe in getting your dogs (and cats) checked out prior to beginning any training program. It took us a long while to discover the underlying cause of the aggression, (and who knows if that is the only reason, or just one of many). But,there could be something happening with your pets that you don’t even know about. It’s worth the time to look into it…