Cats & The Decline of Western Civilization 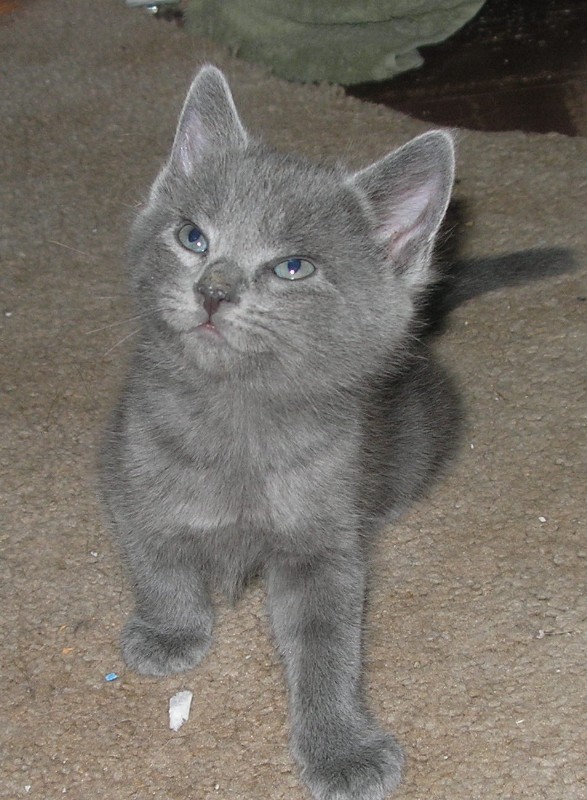 Today marked a wonderful event in my life. It was the day of the vindication of the cats.

It started out as any other day, with one small exception. I had been fighting a series of ear infections, which my mother was quite fond of blaming on the cats.

No matter that I had been plagued with this malady since birth, she was quite certain it was due solely to my numerous rescued cats. In fact, my mother believes that cats cause all illnesses, including, but not limited too, slipped disks, headaches, toe-aches, and stomachaches, arthritis, cancer, tuberculosis, and a host of other maladies.

So, this morning I was scheduled to go back to the ENT for what he referred too as an evaluation. This “evaluation” would determine whether I would be required to have emergency surgery for the ear infection that had moved into the jawbone, causing something known as Mastoiditis.

I spent my morning gathering up my feline friends, prepping them for the inevitable accusation that their grandmother would lay upon their paws: That they, alone, were responsible for their keeper’s illness, and most likely every other international and national incident that had occurred during the past 10 years, including war, magicians being attacked by lions (which she is certain was caused by my cats gathering in a storage facility, hopping a plane to Vegas, and whispering into the tiger’s ear that “…now is the time to begin the uprising…”).

The cats were obviously upset by this recent turn of events, and immediately dispersing, opted unanimously to discover a cure for me, so they could redeem themselves in the eyes of their grandmother.

I awoke the next morning to a ringing phone and to what I fondly refer to as the, If You Didn’t Have All Those Animals… speech from my well-meaning mother, the theme of which centered on cats being the “driving force behind the decline of Western Civilization.” She rambled on as I held the telephone to my ear, telling me that my animals were the sole cause of this ear infection, and that if I don’t get them all out of my home, I’m shortening my life span by at least 50 years.

I proceeded to inform her, as I’ve informed her a thousand times before, that getting rid of my beloved pets is not, never has been, and never will be, an option in my life.

She then said, “What if the doctor told you that you were going to die in a month if you didn’t get rid of your cats, but if you did get rid of them, you could live to be 100?”

First of all, what kind of a sick hypothetical situation is that? And secondly, what are the odds of me actually living to be a hundred years old? And thirdly, why do people think that I would want to live to be 100 years old, if I didn’t have animals in my life? I’ll take the shorter life span, thank you very much.

Of course, my reply was that my chances of being hit by a bus were a lot higher than the doctor ever saying something like that, and if he did say those things, then I would be looking for a new doctor.

She was quite upset by this time, primarily due to my complete unwillingness to explore any other options when it comes to my pets.

As luck would have it, she was too busy to come to the doctor’s office with me to learn the verdict on the surgery. And so, she sent my dad instead. As he stood in the office, arms folded over his chest as the doctor looked into my ear canal, he asked a key question, one that everyone in my family had been waiting for verification.

“Doctor, is it possible that cats could have caused, been responsible for, or initiated this health problem?”

The doctor did not even hesitate. He looked my dad straight in the eye and stated, “Absolutely not.”

I had to physically stop myself from sitting up and kissing the doctor. But my father was not content with that answer, and he forged onwards. “So, you’re telling me that allergies to cats could not cause this particular infection?”

“That is exactly what I’m stating. She has a deformity in the ear canal that leaves her more prone to infection, and this is likely due to a hereditary or birth-related problem.”

I wanted to hug the doctor and kiss him! He had just stated in as many terms that not only were my cats not responsible for the problem, but my parents were!

I laughed out loud, looked at my dad and yelled, “That has GOT to hurt!”

My dad, obviously taken aback, was then forced to call my mom, and relay the message…

I have only one task now – and that is to spread word to everyone I know, and some I don’t, that cats are NOT responsible for Mastoiditis. What’s more, they are not responsible for war, famine, disease, leprosy, religion, tigers attacking magicians, nuclear warfare, poverty (well, ok – maybe MY poverty), or the general decline of Western Civilization.

No, my friends, they are simply innocents who have served as martyrs over the past century, and we would do well to spend our days apologizing to them for our “human” behavior…

This is an excerpt from the book, “Conquering the Food Chain: Living Amongst Animals (Without Becoming One)

” Support this site by ordering your copy today!