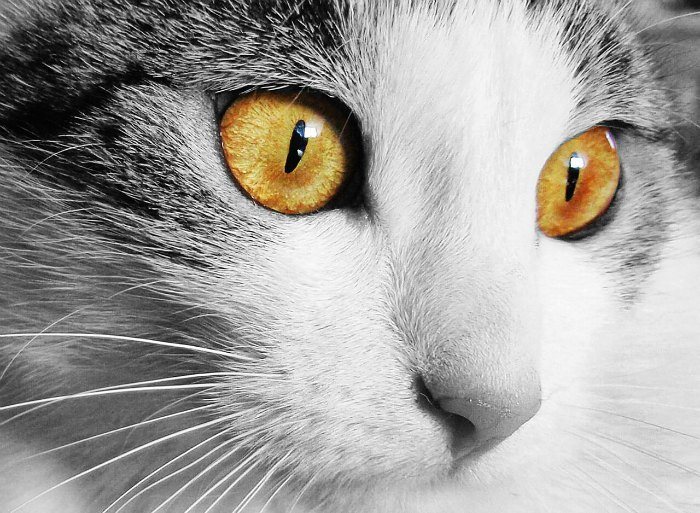 I live with 2 male cats (neutered) and 1 female cat (spayed). All of a sudden they have started spraying (they are 1 year old). They have sprayed my bed, my doors and in my closet (that I know of). I’m sick of doing laundry and I don’t know if it is just one cat or all of them, or just the males.

Can females even spray? I would like to find out which ones are spraying, why they are spraying and more importantly, how I can make them ALL STOP spraying! I’m not the type of person to just get rid of my pets when they do something bad, but I’ve HAD IT with this behavior!

Any ideas on how to solve this issue? 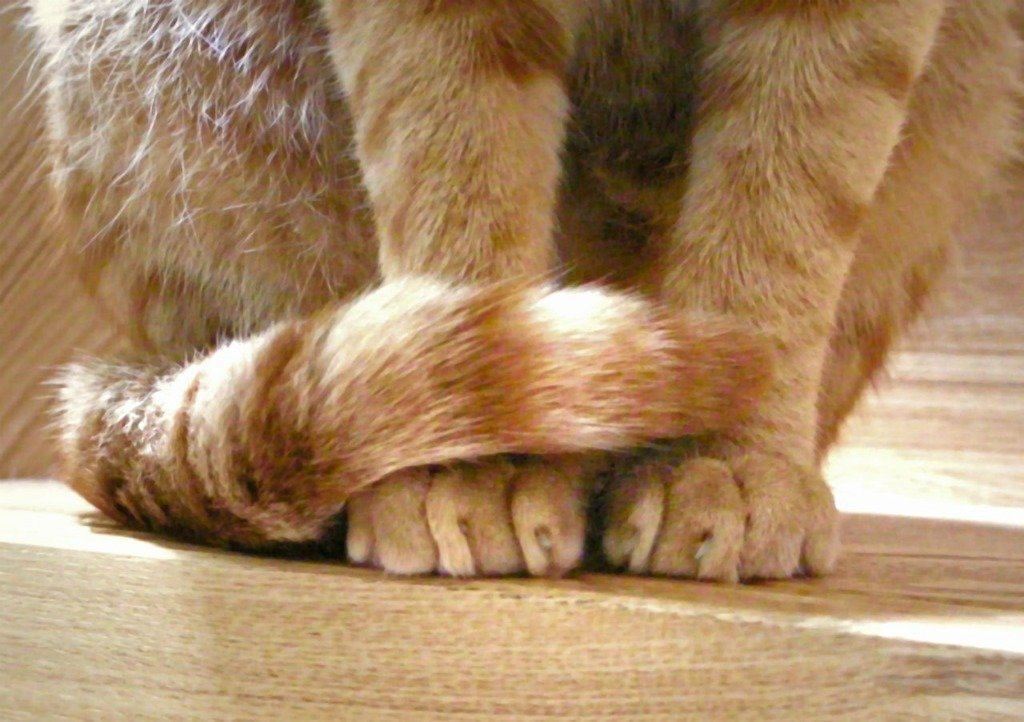 Wow. That’s a lot to take on. I remember when my mom had to deal with 15 male cats and 3 female cats at one time. All of us were spraying, because really, that’s what we do…

You’ve heard the expression “pissing contest”? Well, that is pretty much what was going on.

Cat urine carries a chemical known as “uretic crystals” and marking territory with these crystals helps us remember whose turn it is to “own” something. We sort of “timeshare” our belongings, such as scratch posts, and this allows us to let the other cats know whose turn it is. Even the females do this, so don’t think it’s just the guys! (We generally get the blame because people think that females don’t spray, but they are not as prissy as everyone thinks they are!)

Obviously this is very traumatic for humans who, rumor has it, tend to avoid “urine marking”.

As far as identifying the culprit, there are a number of ways you can do this. But, why? When one stops spraying another will probably start, so eliminate the problem altogether. If you really feel the need to find out if only one cat is doing it, write back and we’ll tell you ways that can be done. But, for now, let’s concentrate on stopping the problem.

The first thing you need to do is eliminate any health problems. I say that because I’m legally obligated by the Coalition of Cat Attorneys to say so. I really think that they are doing it because they can. But, it’s a good thing to take all of your kitties in for their annual anyway. Once the health problems are eliminated, you can begin the solving the real problem, which is “time sharing” and “attitude”.

The first thing to do is block access to the object they spray the most. This can be done in several ways. The best way is through a little product known as Ssscat Cat Deterrent, which I personally despise. It’s motion activated, highly effective, and non-invasive.

But before you block access, you need to eliminate any trace of cats being in that spot. This can be done with a product known as Urine-Off. It’s the only product on the market that actually dissolves the uretic crystal. It even penetrates wood, concrete and grout, but is gentle enough for clothes and materials.

When you’ve finished spraying that area down (and that’s ALL you have to do), purchase the next little item known as Feliway. Spray a bit directly on the area that was being sprayed, and then plug in the Comfort Zone Feliway Diffuser

Hope that helps! Write back if you have additional questions and we’ll be happy to toss out a few more ideas!

Remember that if a cat suddenly stops using the litter box for some reason, you should have it checked it out immediately by a veterinarian. There could be a urinary blockage or perhaps there is some type of medical reason behind a sudden change of behavior. Mom has reviewed some pretty good products to clean up the occasional accident as well, so be sure to check back frequently for some great recommendations.