Today we continue our exploration into our Desert Dangers series with a look at the Bark Scorpion. We’re focusing on the Sonoran Desert, which encompasses , because it’s one of the most beautiful (and deadly) places in North America.

We’ve been lucky enough to live in this desert paradise for over thirty years, and are quite familiar with the creatures that roam this desert landscape.

Our goal in covering these animals is not to frighten you (although a little fear is a healthy thing if you’re just moving into the area), but to make you aware of things that go bump in the night so you can learn to learn to avoid them.

How Bark Scorpions Impact Our Dogs and Cats

Arizona is home to (at best count) approximately 56 species of scorpions.

Chances are good you may never see these little creatures unless you’ve ventured outdoors in the night with a black light. But, if you live in an area that the territory of bark scorpions, chances are excellent that you already have them in your home.

Out of all those different species, there is only one scorpion that can really create a problem for your cat if they’re stung – and that’s the bark scorpion.

When I first moved to Arizona, little bark scorpions would often catch a ride home with me after riding horses through the desert during the day. I learned first to always wear chaps while riding, second to always take my clothes off in an enclosed area prior to coming indoors, and finally to keep a vacuum and black light handy so I could find the little guys. This didn’t stop me from being stung, but I survived the ordeal.

Their painful sting does much more damage to small dogs and cats.

The bark scorpion measures from one to one and a half inches in length. 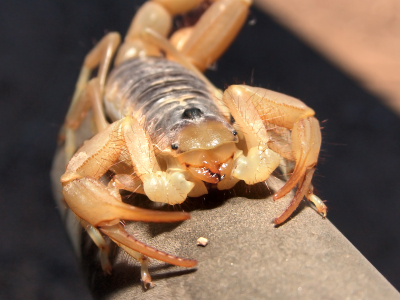 Scorpions use their pincers to grasp their prey, then arch their tail over their body to drive a stinger into the prey. This releases their venom just as effectively as a hypodermic needle. Interestingly enough, you could be stung by the scorpion as many times as it decides to sting you.

Scorpions can voluntarily regulate how much venom to inject with each sting. The striated muscles in the stinger allows regulation of the amount of venom ejected, which is usually 0.1-0.6 mg.

The good news (I know, you’re laughing…) is that if the entire supply of venom is used, several days must elapse before the supply is replenished. So, hey – that’s something.

Denise Holzman from the Arizona Poison and Drug Information Center conducted a small sample study on the dangers of scorpions to pets. They were able to locate 65 dog owners and 7 cat owners that had experienced a scorpion sting and their owners shared their experiences.

Surprisingly, dogs of all sizes fared pretty well. Like humans, larger dogs tolerated the sting better and recovered faster than smaller dogs. The most common symptoms in dogs include:

The more serious effects, such as tremors, restlessness and changes in breathing, were seen in 39 percent of the small dogs and 13 percent of the larger dogs.

More serious symptoms (which includes tremors, respiratory distress, restlessness) were seen in 39% of the small dogs and 13% of the large dogs. 71% of the dogs were “much better” within four hours, but smaller dogs symptoms averaged about 8 hours.

Most animals made a full recovery without a problem. Some animals, however, will have a more severe reaction, showing signs of neurological, cardiovascular and pulmonary collapse. 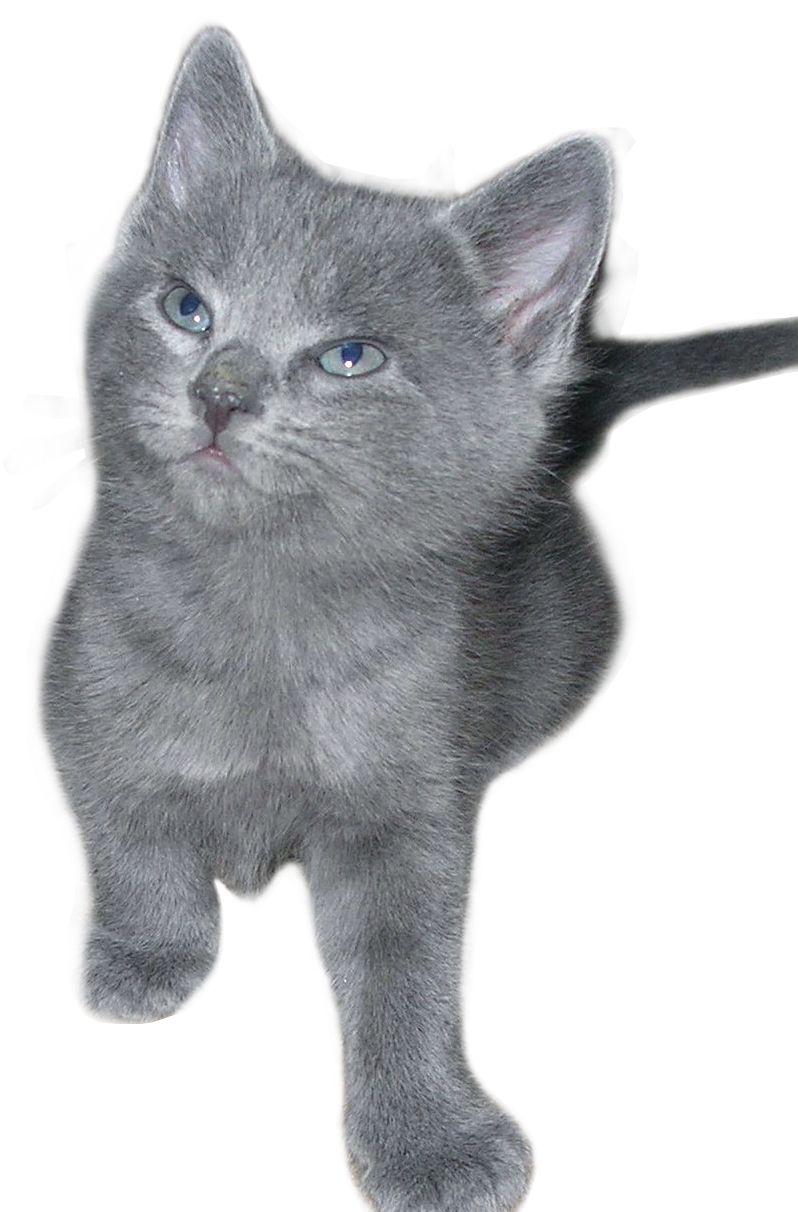 There is a myth that cats are immune to scorpion stings – this myth is absolutely not true.

However, 71% of the cats in the study developed serious symptoms that included tremors, roving eye movement, respiratory distress and agitation.

Since there were only seven cats in the study, it’s difficult to know how all cats might react or how frequently cats are stung. One thing is clear, the smaller the animal, the more intense the reaction.

There are a few reasons why cats may be less likely to be stung (hence the myth):

1. Scorpions don’t want to sting – they want to escape. Since cats like to play with their prey, the scorpions will first try to run away.

2. Scorpions will release a “warning” venom which is designed to be painful, but not deadly. After scenting this “warning”, cats may release the scorpion or refuse to play with it, giving the scorpion time to crawl away.

3. Cats are faster than scorpions and may be able to kill a scorpion before it can sting.

4. Cats are much better at hiding pain than any other animal. They will often not show symptoms until it is too late. This is why it’s important to watch your cats carefully if you’re moving to the desert.

This does not mean that cats are immune.

We always recommend immediate veterinary care for pets (especially cats) if you suspect they have been stung by a scorpion. Symptoms generally manifest within a few minutes of being stung.

If veterinary care is not possible, follow these steps:

If your pet develops any symptoms beyond pain at the site, you should contact your veterinarian for their immediate recommendations. If it’s possible to grab the scorpion that stung your pet, do it. But don’t get stung yourself!

Getting Rid of Scorpions

There are no guaranteed ways of eliminating scorpions from your home, particularly if you live in an area that was infested with them from the beginning. Your options then include selling your home.

If you use a commercial pest control service, make sure you use a group who specializes in scorpion removal. Also be very sure to tell them your expectations regarding the safety of your pets and follow their instructions exactly.

Bear in mind that according to Wikipedia, “During US nuclear testing, scorpions, along with cockroaches and lizards, were found near ground zero with no recorded adverse effects.”

Many Arizona residents make scorpion hunting a family affair. It’s often done on full moons when scorpions are most active, and it involves walking around the house with a black light, seeking out the little guys in crevices of walls and around floorboards. This can be pretty traumatic if you’re like me and hate killing anything. Personally, I suggest you let the professionals handle it. But here’s a video on how it’s done if you’re interested.

The best option is to avoid being stung in the first place. One of the first things I learned when I moved to Arizona is to check my shoes before I slip them on. Scorpions love dark places to hide. Here are a few other handy tips…

Common sense goes a long way in the desert. Just pay attention to your surroundings and you’ll learn that the desert is not nearly as hostile as you may think.

Respect the land, respect the wildlife, and enjoy having the fun in the sun.

Learn more about Desert Wildlife in our “Desert Dangers” series for pet owners.