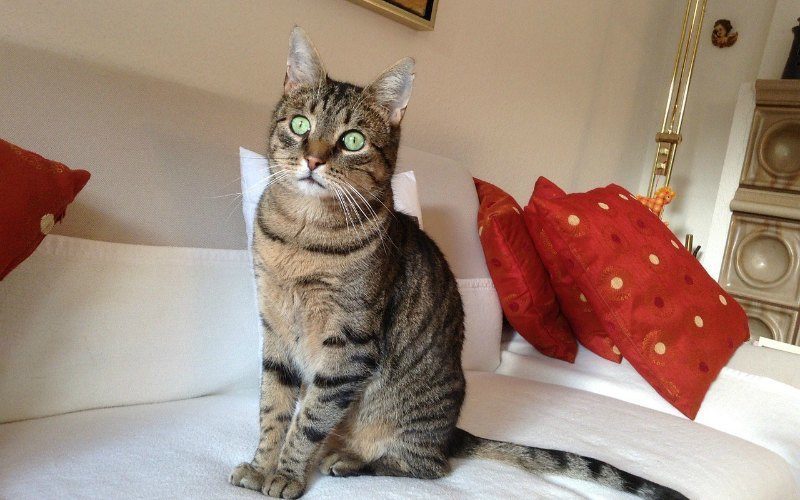 Like many pet owners, husband and wife Dan Wiesel and Alysa Binder always included their animal companion — a Jack Russell terrier named Zoe — in their family vacations. Too tall to fit under an airplane seat, Zoe inadvertently limited the couple’s destinations to locations within driving range of their Florida home.

But in 2005, Wiesel and Binder decided to travel a greater distance. Reluctantly, they flew Zoe in a commercial plane’s cargo hold. “After the plane landed, she just wasn’t the same,” remembers Binder. “It took almost two weeks for her to seem back to normal.”

Out of Zoe’s difficulty, Pet Airways was born. This past July, Binder and Wiesel — previously consultants for startup companies — launched the country’s first and to date only airline devoted specifically to animals. At Pet Airways, pets always fly in the main cabin, carefully tended to by a flight crew of veterinary technicians.

Who Flies With Pet Airways?
Currently, Pet Airways only accepts cats and dogs as passengers, but they hope to expand to include other domesticated animals. Around 40 percent of the airline’s customers are feline. Many are relocating along with their owners, who must fly separately.

Other frequent fliers include pets being shipped off to Grandma’s house, puppies and kittens being sent by breeders to their new homes, and show pets on their way to competition. Pet Airways also donates flights to pet rescue and adoption centers. “We want to make a difference, to be supportive of the pet community,” says Binder. “We are animal lovers.”

Ports of Call
Pet Airways currently flies out of small regional airports in New York; Washington, D.C.; Chicago; Denver; Los Angeles; and Fort Lauderdale, Fla. The airline plans to expand to as many as 25 cities over the next couple of years, including Tampa, Fla.; Atlanta; Phoenix; and Omaha, Neb. “We wanted to make sure everything worked well before adding destinations,” explains Binder.

How It Works
Pets must arrive at least two hours before their scheduled departure but can also show up much earlier: The airline offers boarding services (for an extra charge) for as many as three days leading up to the flight.

Once on board, your cat will enjoy a 19-person, turboprop plane whose human trappings — save for the climate control and air-circulation systems — have been removed. In their place are secured pet carriers, complete with individual litter boxes and water.

Cross-country flights stop in Chicago so that the proper care is given to the animals, and that includes “downtime” for cats and litter change. Veterinary technicians are in the cabin with the animals at all times, checking on them every 15 minutes during the flight. “From what we hear, the pets mostly seem to sleep,” laughs Binder.

Once your pet has landed, it can be picked up at its destination airport, as late as 72 hours after the flight.

How It Compares
While Pet Airways may provide more in the way of creature comforts than traditional airlines, what it doesn’t offer is you. Some cats become anxious in new environments, and the smell of their owner — even while the cats are stowed under the seat — can go a long way toward curbing that anxiety. If your cat has never flown before, you might want to put off a Pet Airways flight until you know how your pet generally reacts to air travel.

Though Pet Airways may be more expensive than traditional air carriers, Binder emphasizes that you get what you pay for. “Everyone who works with us is a pet lover,” she says. “We all go out of our way to give the animals a tremendous amount of love and attention.”

In this era of airline cutbacks, Pet Airways might be your experienced feline flier’s best chance to fly the truly friendly skies.

Pet-Friendly Airlines – Guidlines for Traveling With Your Pet