Who’s Your Daddy? The Case for Knowing Your Dog’s DNA 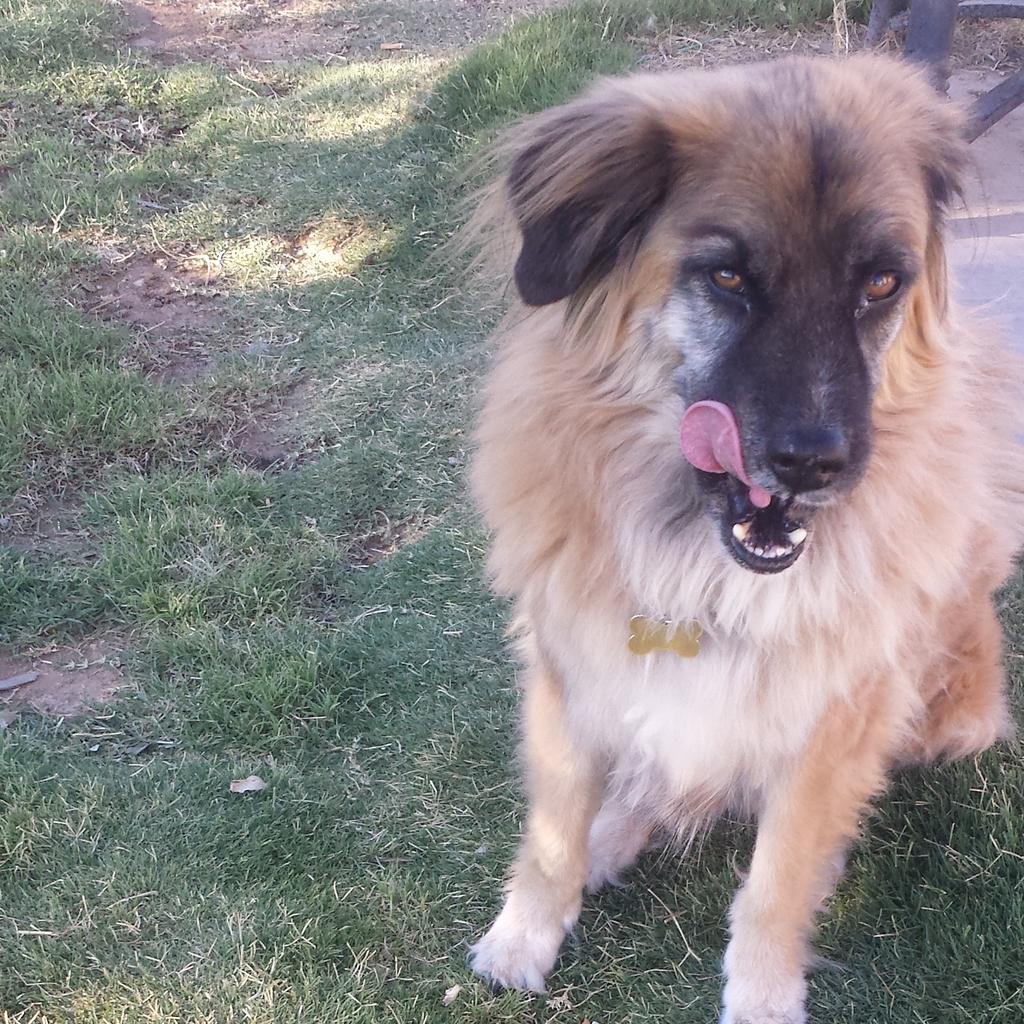 As you know, we recently won an award from BlogPaws and thanks to Mars Petcare, we were able to be on site to receive it.

Among the amazing swag in the swag bags, we were thrilled to find a Wisdom Panel DNA test kit. I’ve been wanting to test our dog’s DNA, and discover which breeds make up our extraordinary mutts, since this test first came into existence!

Since we only had one kit, we had to decide which dog we would test. It wasn’t that difficult – Cheiss is our oldest dog, and the one we routinely (mistakenly, as it turns out) call our Aussie. He has all the characteristics of an Australian Shepherd – he loves to herd the rest of the family (including the cats), he’s super protective of his pack members, and he is the smartest dog we’ve ever had. We also suspected that he may have some Chow Chow in him, largely due to his protective nature and curly tail.

Boy, were we surprised. Not only is Cheiss is NOT an Australian Shepherd, he’s got breeds I don’t even know all that much about. But before I tell you which breeds make up this amazing dog, let me tell you about another amazing thing this test screens for…

One of the things that Mars Wisdom Panel tests for is the MDR1 gene. Cheiss’ results were normal, but let me explain what it is and why it’s important to know if your dog has this gene.

So, scientific lingo aside, if your dog has the MDR1 mutation, he will be VERY sensitive to prescription drugs. In fact, he could easily overdose on “standard” dosages and he will not be able to rid his body of a prescription drug’s metabolites as easily as other dogs who don’t have a mutation. The discovery of this mutation was made by veterinarians at Washington State University and was licensed by Wisdom Panel for use in its tests. This knowledge can help save your pet’s life!

Wow… That more or less blindsided us. We suspected the Chow Chow, but the Keeshond and Shar-pei really caught us off guard! 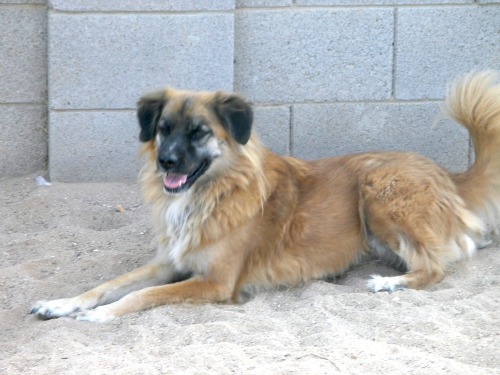 The Keeshond is an old breed that we first saw appear in the 17th and 18th centuries. They are known for being great guard dogs and in the 17th-18th centuries, could be found guarding barges that traveled along the canals of Holland. These dogs are quite alert and very intelligent – features that once made them the most beloved dogs in Holland.

Keeshonds are “people lovers” (but they are very loyal to their families). They are not great “independent” dogs – they were bred to live as a member of the family.

We knew this from the very start with Cheiss and do our best to take him everywhere. He has to make sure he sees you or he gets very nervous. If my husband goes to bed early and I stay up to write, Cheiss makes frequent checks on the two of us and won’t go to sleep until he knows we’re both safe in bed. Now that I know he has a strong heritage as Keeshond, I understand the obsession. 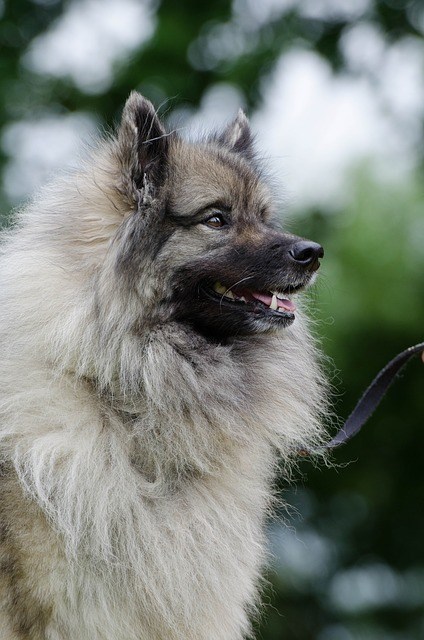 The Chow Chow is one of the oldest breeds and has a strong, independent spirit that’s almost “cat-like”. These dogs are not “lap dogs” or “cuddlers”. They have a purpose, and that is to defend their family.

They are very smart dogs – a verbal command is all that is ever needed and they do best (like all dogs) with positive reinforcement. This is not a dog you can ‘train” with a shock collar or negative methods.

This breed tends to be prone to hip dysplasia and entropion (the eyelid turns into itself) – both are conditions we’re dealing with in Cheiss. One thing I love about the Chow is his complete intolerance for stupid behavior. We’ve always said, “Cheiss doesn’t tolerate fools.” Now, we know why… 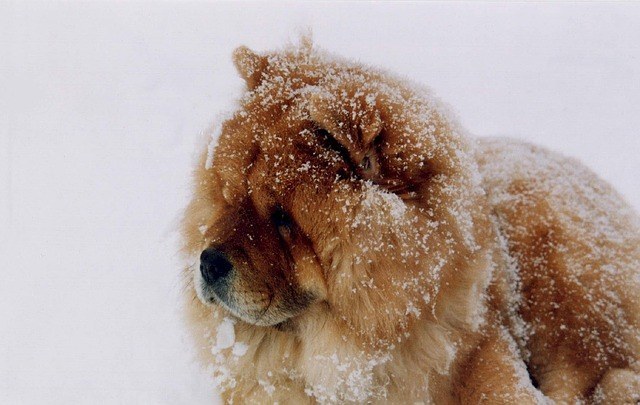 The Shar-Pei is the 134th breed to be recognized by the AKC. It’s a breed that’s been around for hundreds of years. The breed was initially developed to hunt, herd and guard. Later on, this was one of the original “fighting breeds”.

This is another breed that doesn’t tolerate ignorance, so they require a lot of activity and training early on. They respect discipline and most frequently remind me of US Army drill instructors.

They do best when given a schedule. Cheiss knows that feeding time is at 7 am and 4 pm everyday, and no matter how hot it is outside or how tired he feels, he expects a game of fetch after dinner every evening. If we deviate from the schedule by even a few minutes (or feed too early), he is quickly irritated and will begin to grow anxious and destructive.

Shar-Pei’s can develop a condition known as “Shar Pei Fever”. It’s a syndrome that is also known as “Swollen Hock Syndrome” and manifests in the swelling of the hock joint (sometimes both) and is often accompanied by a “Fever of unknown origin” (FUV).

We’ve had several episodes of something quite similar to this in Cheiss’ life that our veterinarian (also convinced of Cheiss’ heritage as a Chow/Aussie) was reluctant to diagnose. Now I wonder if we should have treated him in another way. Had we know of these results, we could have let our vet know! 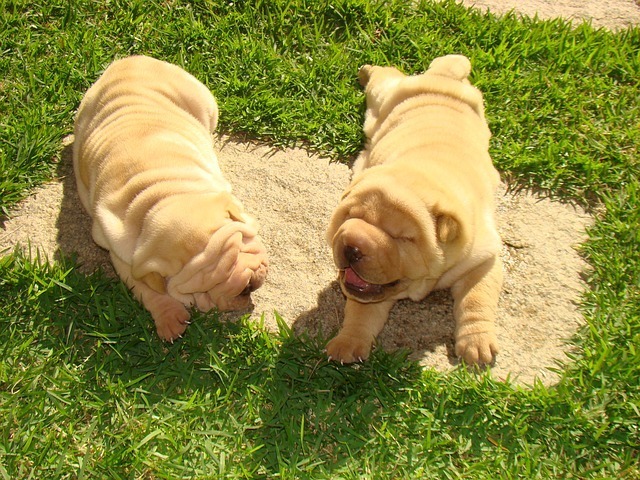 We were really excited to see these results because they explain a lot of the qualities we have seen in Cheiss over the past fifteen years. Hopefully we’ll be able to get Brock and Bree tested soon – which will be very interesting as they are from the same litter but have completely different looks and characteristics.

If you would like to get your dog tested and learn more about their roots, order your test today!

Why Dogs Get Lost (and how to stop the cycle)
Kathrine Breeden December 22, 2015

Why Dogs Get Lost (and how to stop the cycle)

The Truth About Pit Bulls
PetsWeekly, 2021 ©All rights reserved.