March is National Women’s History Month, and if I asked, you could probably give me the name of at least one woman you know who has played a part in changing the way our society treats animals. Just as any modern human rights movement, there were pioneers that paved the road before them. While there are many women from our past that have changed things for the better, we’ll be spotlighting three who bucked against the status quo of their time.

Caroline Earle White was born in Philadelphia in 1833. A writer and avid philanthropist, her heart to stop animal cruelty began as a child when she witnessed the abuse of horses firsthand. It devastated her, and her husband suggested that she join the Royal Society for the Prevention of Cruelty to Animals, the first organization of its kind in the world.

Thing is, at this point in time, women did not hold roles of leadership in organizations such as the RSPCA – that was left to the men. For some time, Caroline and other women involved in the group spoke through their husbands and other men. But that all changed in 1869 when Ms. White established the Women’s Humane Society and opened the first animal shelter in America – the Morris Animal Refuge.

Click here to read more about Caroline Earle White and her conquests on behalf of animals.

Ruth Harrison, born in England in 1920, had a bright future filled with dreams of triumph in the theatrical world. That all changed when she read a pamphlet about how veal is made. Just like that, her acting career was over, and her new life as an animal advocate began.

In 1964, after taking much of her own time to investigate and compile her heart-breaking research, she published her exposé on livestock being bred and raised in factory style – Animal Machines. Her goal was to make the consumer aware of where their food was coming from. Her efforts inspired the European Convention for the Protection of Animals Kept for Farming Purposes – basic standards of treatment for farm animals in Europe. 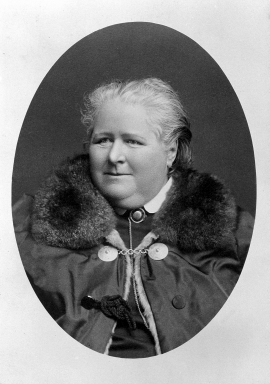 Frances Power Cobbe, an Irish writer and activist, was born in 1822. In 1875 she founded the Society for the Protection of Animals Liable to Vivisection. Vivisection is surgery done on live animals for experimental purposes. Long before the creators of PETA had been born, Frances Cobbe was sounding the alarm against this sort of practice.

In 1898 she continued her efforts by forming the British Union for the Abolition of Vivisection. While the group’s initial focus was to protect dogs from being used in experiments, their scope has broadened to cover many areas of concern in the animal welfare arena today.

Click here for more information about the life of Frances Power Cobbe.

I’m inspired by the stories of these women who wouldn’t sit idly by and let animal cruelty continue without doing their best to raise awareness and fight for the rights of animals when their opinion was considerably less popular than it is now. Let’s do our best to finish what they started.