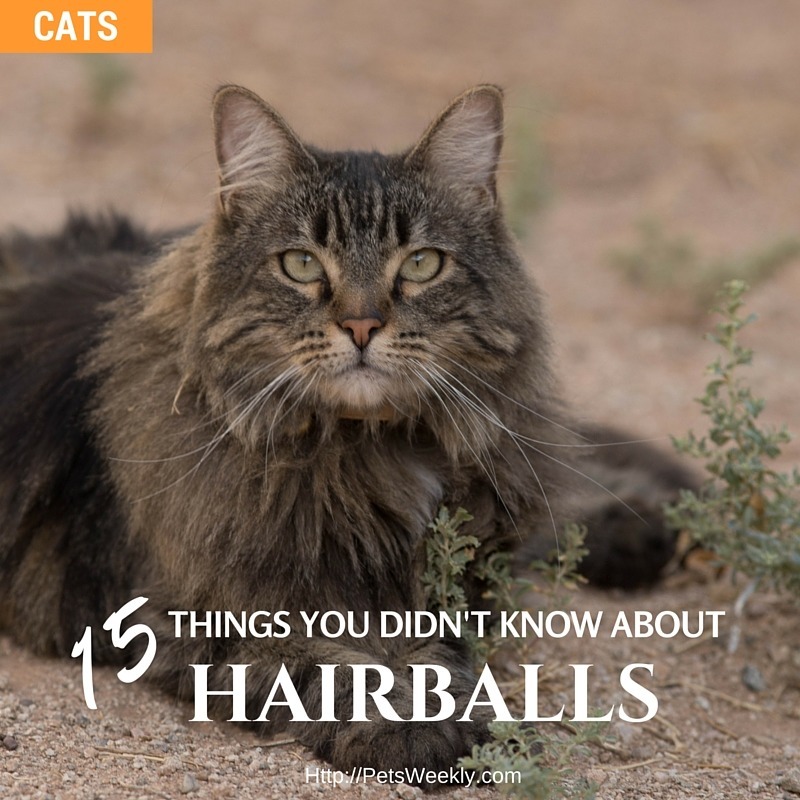 If you have ever stepped from a hot shower on a cold winter’s day, only to find yourself stepping on a cold mass of – something – you probably have a cat with a hairball.

Turns out, hairballs are pretty fascinating. They have a long history with cat folks like ourselves and have contributed to a lot of history.

Not everyone hated hairballs like we do in the 20th century. In fact, hairballs (also known as a trichobezoar) were once used for medical purposes!

There are many different types of species of animals that are subject to hairballs. If a creature has fur or hair, they are able to get a hairball. Sometimes this is due to the physical act of grooming, other times it’s due to a psychological issue (especially in humans who can sometimes have a compulsion to eat their hair). Other reasons are health-related.

We know that the average cat spends 1/3 of their waking life grooming themselves. Let’s do the math:

That only leaves 7 hours per day to play, demand food, stare at you in a condescending manner, and vomit hairballs on to your Persian rug.

The average person spends 1 hour per week staring at a regurgitated hairball and wondering what it is.

(Okay, we made that stat up, but the rest of the stats in this article are true).

The average cat consumes 173 grams of cat hair each year.

The largest hairball ever removed from a cat was 5 inches wide (12.5 cm) and weighed in at a whopping 7.5 ounces. The surgery was performed by Cromwell Vet Group in Cambridgeshire, England on a cat named Gemma.

(Side note: We also discovered that the UK will write news stories about ANYTHING!)

The scientific term for hairballs is “trichobezoars.” The word Trichobezoars comes from the Persian word, Bezoar, and means “protection from poison.”

6. There are different types of hairballs.

Hairballs are named for what’s in them. There are several different types:

Hairballs were once used to prevent poisoning and act as an antidote if poisoning had already occurred. Whether that’s because hairballs are super absorbent or because our ancestors were incredibly gullible and the doctors liked messing around with people’s heads, I really couldn’t tell you.  Whatever works, I suppose…

8. Most animals are capable of hairballs.

All animals get hairballs but those who are particularly susceptible to this problem include cats, ferrets, rabbits, cattle, deer and (believe it or not), humans. See #9. <shiver>

In 2003, an 18-year-old woman from Canada had a 5.1 lb hairball surgically removed from her lower intestine.

The World’s largest hairball is a collection from Henry Coffer of Charleston, MO. The hairball weighs in at 167 pounds and is a result of collecting hair clippings throughout his 50-year career as a barber. You can read that (and other interesting world records for cats) here.

Hairballs can cause a lack of appetite, dehydration, and even depression in your cat. This is why it’s so important to offer them a high-quality pet food. Their diet can seriously impact their health in many ways.

But be cautious of overgrooming and watching your cat for excessive grooming as either situation could indicate a health problem.

If you’re wondering where that hairball came from, check with the longer-coated, middle-aged, bored cat. You know – the one who prefer to lie on the couch and groom himself all afternoon.

Kittens don’t often get hairballs because they aren’t nearly as concerned about grooming (and why should they be – they are adorable!). Dogs don’t groom themselves as often as cats, and neither do most other pets.

Older cats generally have more mobility issues and can’t reach those difficult spots (which is why you a grooming routine is so important for all pets!)

The best supplements for hairballs are all-natural, palatable and easy to digest. Our personal favorite is the Licks Hairball – The Pill Free Solution.

14. Hairballs can cause serious health concerns.

One cat had a hairball so large it cut off her ability to eat! When the vets successfully removed the offending fur, it was “the size of two cricket balls”. Hairballs that aren’t removed often result in skin conditions, parasites, and more.

The average cats swallows 173 grams of hair in 1 year, which is about the weight of 30 US quarters.

I don’t even like carrying change around in my purse because it gets so heavy. I think that trying to surgically remove 173 grams of hair would cost a lot more than trying to prevent it.

15. Most cat hairballs aren’t even balls

Usually cats cough up something that is a long, cylindrical object. I’ve mistaken hairballs for everything from dead lizards to poop – and none of those are fun to see or step on…

A Short Summary of the History of Hairballs
Stacy Mantle April 25, 2012

A Short Summary of the History of Hairballs