In case you missed that February was National Prevent A Litter Month, we’re giving you another reminder with a new program called Feline Fix by Five.

The Feline Fix By Five project was created by Marian’s Dream Foundation. The goal of this program is to help remind folks to make sure their cats are fixed by their first heat. Esther Mechler, Director of Marian’s Dream, created the Fix Felines by Five as a way of engaging and educating the public about this important topic.

The traditional model of having cats neutered by six months of age results in unwanted litters, particularly in cats that are allowed outdoors.

Cat overpopulation is a problem around the world and this simple change focused on alteration by five months instead of six months is a way to prevent unwanted litters. More than 70% of the cats in shelters will not find homes. Since foster programs are limited, many of these animals are destroyed or abandoned. By six months, most cats have gone through at least one heat cycle and many have already produced a litter.

This small change would help decrease the risk of unwanted litters by ensuring that these “tween” kittens will not have that accidental first “whoops” litter.

“Cats are fantastic pets for both young and old, but misconceptions can cause a host of problems for cats, from their individual health to overpopulation,” said Esther Mechler, president of Marian’s Dream: Philanthropy for Animal Advocates. “Understanding the facts isn’t just interesting, as it can literally help you save lives.”

There are plenty of other reasons to promote early spay and neuter for cats:

“More than 70 percent of cats in shelters do not find homes,” said Mechler. “Fostering is limited and unfortunately many shelters refuse to admit cats if no empty cages are available. This begs the question of where these unwanted cats can go. Millions of cats are euthanized annually or abandoned into the wild – where they often face injury, sickness and death.” 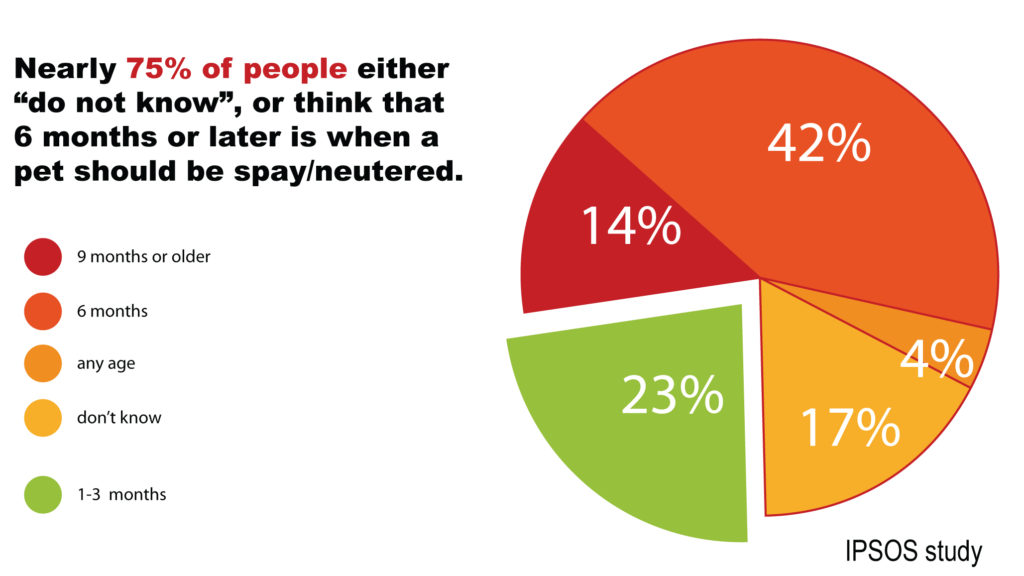 There are many other benefits of early spay/neuter, which include changes in behavior. These include:

Dr. Richard Speck makes a great case for early spay/neuter in The Case for Neutering at Five Months of Age published in Today’s Veterinary Practice.

Talk to your veterinarian today and if you have a young cat, make sure you have them fixed by five months of age to prevent unwanted or “accidental” litters. You can also help spread the word about this program by sharing the many valuable resources found at Feline Fix By Five.

You can also locate state by state resources for free and low-cost spay and neuter programs near you by visiting Marian’s Dream.

Tags
Previous Article
Getting Your First Goldfish: Things You Should Know
Next Article
Applications Being Accepted for AZ Desert Tortoise Adoptions