BPA and why you should be concerned for your pet 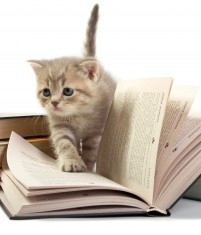 BPA is an easy way of saying Bisphenol A (BPA), which is an organic compound that’s been used to make special resins and polycarbonate plastics since the early 60’s. BPA is primarily found in epoxy resins and polycarbonate plastics, which is what many of our pet toys and dishes are made from. It can also be found in water bottles, baby bottles, and pretty much anything we use that’s made from plastic.

Despite it being around for so long, it has many problems. Research has shown that BPA can seep into food and beverages from the containers and in fact, it can get into your body when you just handle the products made with the chemical. Research has also shown that it has “some concern” about the possible health effects of BPA on the brain (among other things, including the prostate, and the concern it may lead to cancer.

This causes an obvious problem for our pets. A recent animal study using mice at North Carolina State University proved that the brain and nervous system are also affected adversely by BPA. Here’s their research paper, which was published in the journal, PLOS ONE.

It’s more important than ever to plan ways we can minimize our pets (and our own) exposure to plastics that are not BPA-free. Manufacturers are getting smarter and are finding new ways to minimize exposure but until everything is BPA-free, it’s smart to pay attention to exposure levels.

Tips on how to minimize you and your pet’s exposure to BPA:

While the effects of BPA are widely debated, it’s a topic that you should at least be aware of in life.