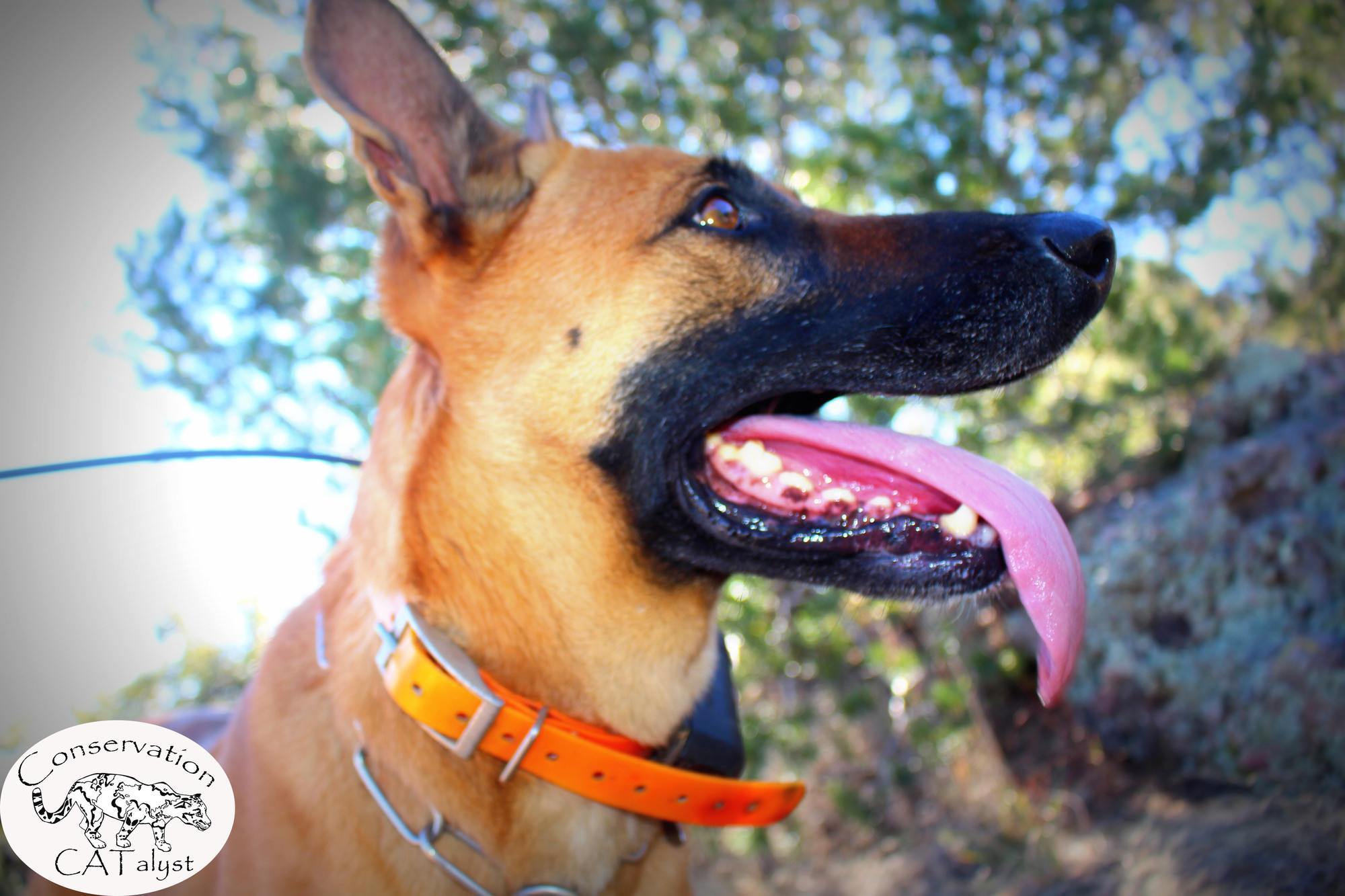 Mayke is a Belgian Malinois who was born in Germany and educated at an enormous expense to track smugglers on the US-Mexico border. Somewhere along the way to Texas, the dog discovered her innate fear of large trucks.

This fear would have made her unusable as smuggler detection dog. According to Chris Bugbee, a biologist for Conservation CATalyst who claimed the dog when border officials rejected her in 2012, the dog would “just freeze right up.”

Fortunately, Bugbee recognized an opportunity and gave the dog a second chance. These days, Mayke has a new purpose: to track the elusive jaguar.

Now, however, it’s believed that El Jefe is the last jaguar living in the United States.

The two will never meet but Mayke sniffs out El Jefe’s scat and helps scientists understand the travels and habits of the jaguar, which is vital to preserving the big cat’s habitat. 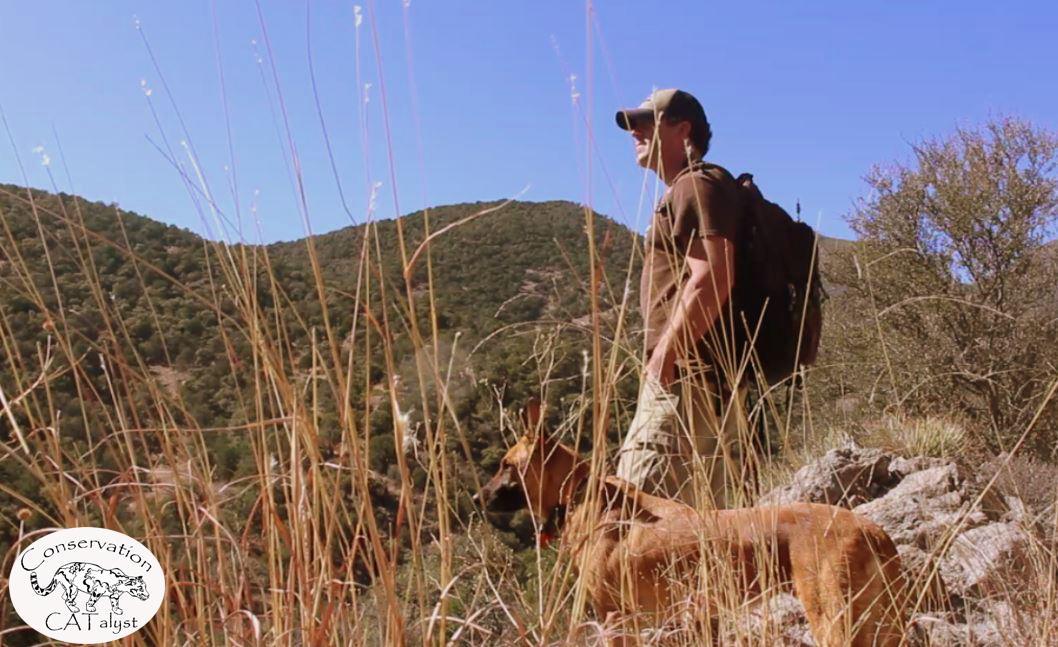 Conservation CATalyst is a partner of the Center for Biological Diversity that focuses on conserving cats. These days, Bugbee and Mayke spend their days tracking this big cat in the Santa Rita mountains north of Tucson, Arizona. The dog appreciates the work, and the second chance, and her new owner is thrilled to be utilizing some of the extensive training she received. 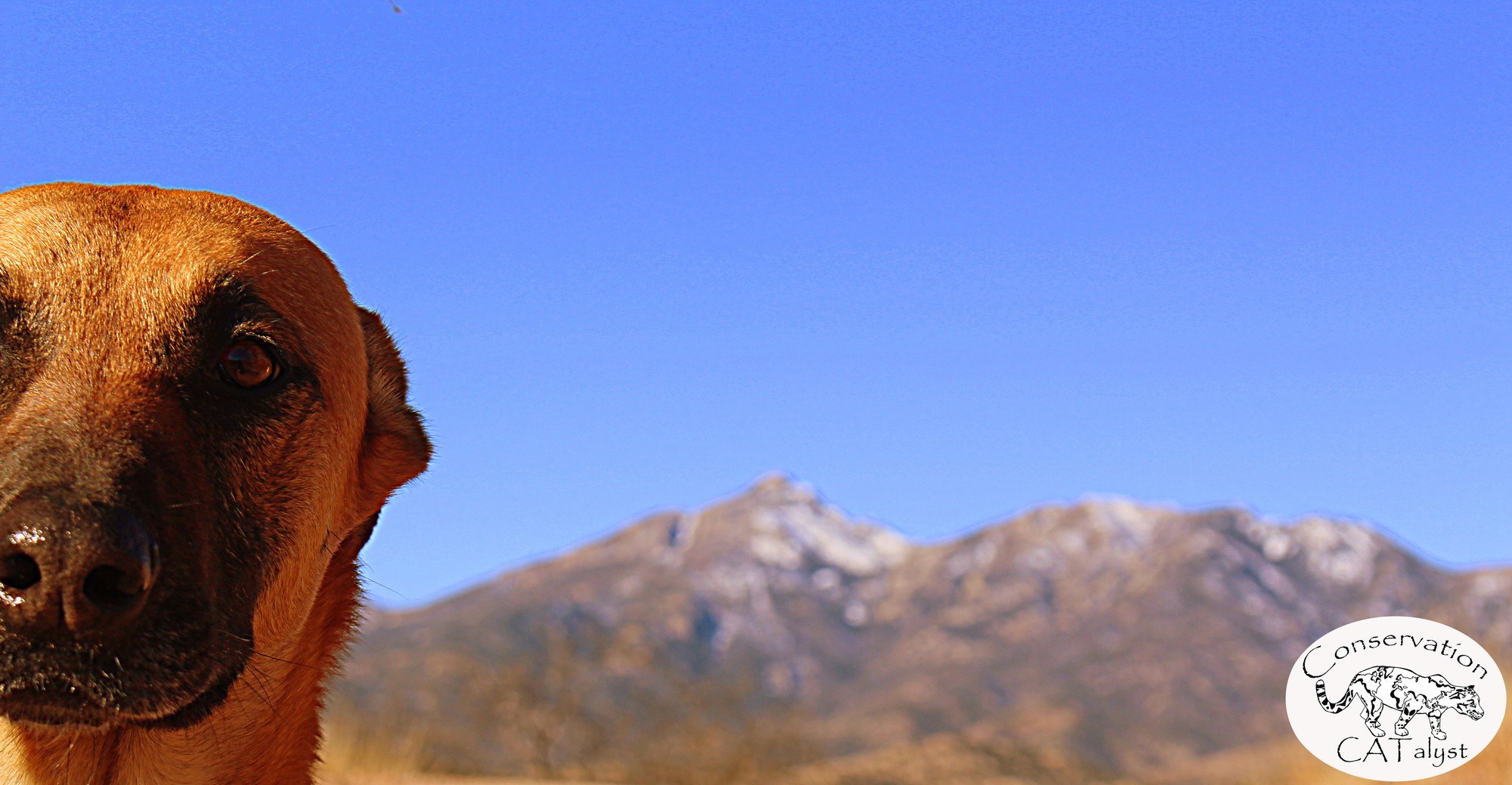 Jaguars tend to wander large regions and are remarkably difficult to find in the wild. Already, Mayke has sniffed out several of El Jefe’s resting places. It’s estimated that the cat has over 100 sleeping areas in the mountains. 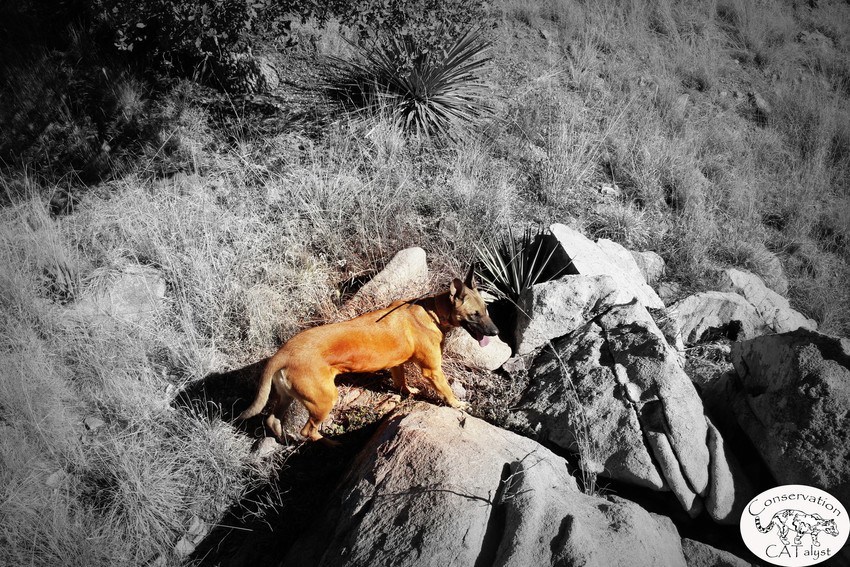 In the four years Mayke has spent with Bugbee, she has regained her confidence and purpose.

“Mayke would never work for anybody else the way she does for Chris,” said Bugbee’s wife. “That relationship is really special.”

This 2015 photo provided by Conservation CATalyst and the Center for Biological Diversity shows the jaguar known as El Jefe, in Santa Rita Mountains north of Tucson, Ariz.

[calltoaction title=”Take Action” button_text=”Take Action” button_link=”http://action.biologicaldiversity.org/p/dia/action3/common/public/?action_KEY=17426″ button_background=”#945616″ background=”#006666″]El Jefe is the only known jaguar living in the United States. But many people aren’t aware that El Jefe’s home is threatened by a massive open-pit copper mine. The proposed Rosemont Mine would blast a mile-wide hole in the ground thousands of feet deep and bury thousands of acres of public land under 800-foot-high piles of toxic mine waste, right in the middle of El Jefe’s home territory. We urge you to take the pledge to help preserve this animal.[/calltoaction]

Watch Mayke and her human, Bugbee, in action as they track the elusive jaguar in Arizona.

Meet Mayke, the four-legged conservationist with Conservation CATalyst who studies jaguars and helped find #ElJefe, the…

Posted by Center for Biological Diversity on Friday, April 1, 2016

Recently, Conservation CATalyst and the Center for Biological Diversity released new video of the only known wild jaguar currently in the United States. Captured on remote sensor cameras in the Santa Rita Mountains just outside of Tucson, Ariz. The dramatic footage provides a glimpse of the secretive life of one of nature’s most majestic and charismatic creatures.

Learn about the history of jaguars in Arizona, which once consisted only of a jaguar called Macho B. A series of problems resulted in the death of this endangered animal (which you can read about here: Suspect in AZ Jaguar B incident pleads guilty to endangered species violation and Arizona Game and Fish corrects inaccuracies in NPR jaguar story and AZ Game Suspends Employee)