Horse Theft: It Could Happen to You 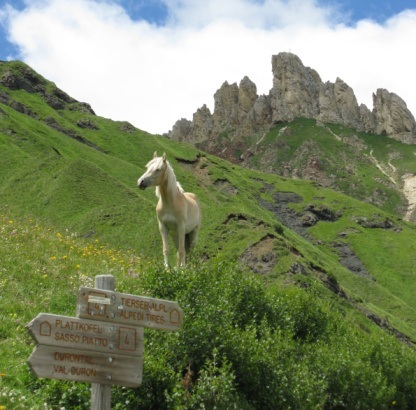 He received the phone call at 6:30 am on a Saturday morning from the boarding stables. The woman’s voice was sad, even apologetic, as she explained the horrible accident. His horse had colicked and died two days earlier. The woman he spoke to owned the boarding stable, and had been a close friend of the man for a number of years. He had just purchased the horse a few months previously, and it seemed a logical choice to board with the woman. But now he questioned his judgment as she expressed her sadness for his loss. She stated that she had paid a friend of hers to remove the corpse from her property and bury the animal in the desert. Could she please forward him a check for $250.00 to cover the cost of the burial?

Immediately, he was suspicious. He had just visited the horse the previous weekend, and the mare had seemed perfectly fine. He knew that colic was a chancy illness and could strike without warning. Still, the situation seemed unlikely. He spent the next several weeks investigating the matter. When he asked where the horse had been buried, the woman claimed that she was not sure, as the backhoe driver had taken care of the actual burial.

When he asked if she had contacted a veterinarian to have a necropsy performed, she said No, it didn’t seem necessary. His questions were unanswered, and his suspicions grew as the woman became obviously irritated with him. Soon, she threatened to contact the police if he trespassed her property during his amateur investigation. He complied, and instead spoke with friends of hers.

He eventually located his mare three miles away at a nearby ranch. The registered mare was in decent shape, but had been bred by the owners stallion. He immediately contacted livestock services, the local sheriff, and a state veterinarian to meet him at the property. The horse was identified as his from his extensive photo collection, board records, and veterinarian records. It was a happy ending, a horse and owner reunited. But, unfortunately not all cases end up like this. Each year, over 55,000 of these stories end at slaughterhouses throughout the United States.

Despite the fact that horse theft is still on the books in several states as a “hanging offense,” it is still on the rise throughout the US. There are many reasons for this, but the most common fate for stolen horses is a “B” Dealer, or “Buncher”. These Bunchers are licensed by the USDA (United States Department of Agriculture) to obtain “random source” animals to sell for profit. These dealers fill the needs of laboratories, dissection companies, and many other less than honorable organizations. Bunchers offer an easy method to dispose of all animals, even horses. They pay in cash and often, no registration papers are necessary for sale. Yet this is only one of many options open to horse thieves.

Slaughterhouses offer another easy disposal method. Once again, registration papers are not often required, and payment is by the pound. With many slaughterhouses in the United States and Canada, finding one to accept product is not difficult.

[note style=”5″ type=”warning” icon=”yes” class=”template-style”]Each year, over 55,000 stolen horses have their lives ended at slaughterhouses throughout the United States.[/note]

There are, of course, many other reasons for taking a horse from its owner. It could be as simple as a desire to show the horses in another state, or to use the animal for breeding purposes. There is no limit to the reasons for senseless crime; there is similarly no limit to the reasons for horse theft. Theft can be accomplished in a number of ways, from reporting the horse as dead to the owner, to backing a trailer up to pasture and loading the animal inside. Theft is not random, it is often the result of days of research and a detailed plan. Just as thieves are prepared to take our animals, we must be prepared to keep them.

So, how can you avoid becoming a victim? There are a number of ways to avoid this.

This can be done with tattoos, brands or microchips. These methods aid in both recovering your animal after theft, and deterring thieves from taking your animal in the first place. Microchips are now USDA approved and offer lifetime protection for your horse. The National Microchip Horse Registry now proved scanners to slaughterhouses and offers $500.00 rewards for their recovery of a stolen horse.

These pictures should include full head and body shots from both sides. They should also include any distinguishing marks or scars that will make the identification of your horse easier for livestock officers.

These receipts should include board bills, payments for medical treatment. This will help to prove ownership if board disputes arise.

But, be careful to avoid an easily detectable routine. Do not leave halters on the animals, or hanging on the stall. Also, keep your tack locked up, where thieves do not have easy access to them.

Plan your landscaping to conceal the pastures from nearby roads, but keep the entrances to gates in full view. Keep your gates locked and post No Trespassing signs around our property. You may even consider an alarm system or a motion light, which detects movement. Depending on your area, you may want to set up a neighborhood crime watch program. Oftentimes, dogs or other loud animals provide security as well. If possible, it is best to videotape or photograph strangers who arrive at your barn. It is also good to record the license plate number of their vehicles. Sometimes thieves will pretend to be interested in purchasing one of your animals, but are really just casing the property. If you have a recorded license plate number, it can sometimes make the retrieval of your property much easier.