Cody Is My Sister’s Dog 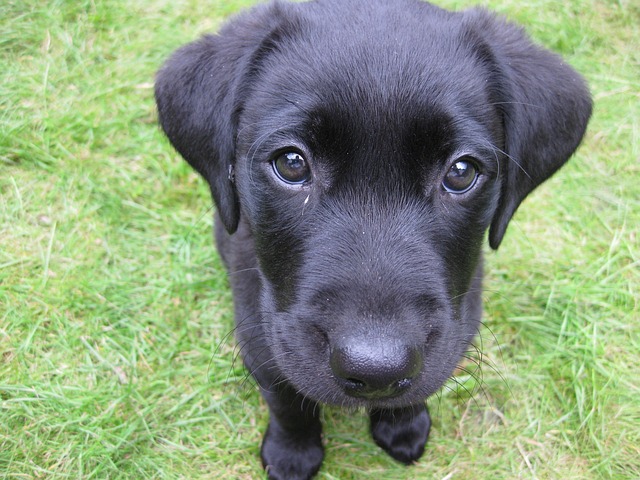 “My dog hates me.” My younger sister says, opening the door to her apartment.

I enter, looking around for the puppy. Moments earlier, Meggin had summoned me to her apartment, convinced that her new puppy was dying from some incurable disease.

“She was dying an hour ago.” I reply sarcastically. “Besides, puppies are incapable of hate. Where is she?”

Meggin motioned under the desk, and sure enough I could see a small black bundle of fur curled underneath

“See?” Meggin asked, shaking her head. “She hates me. She hates being here.”

I called the dog to me, and at first she hesitates, then stands up, stretches, and finally bounds over to me.

“She can’t be tired. She hasn’t done anything all day. The only thing we did was go for a walk. And Nancy came over for awhile. Then JD called, and he came by. And Scott came by for a few minutes.”

[blockquote cite=”Barbara Woodhouse “]”I can train any dog in five minutes. It’s training the owner that takes longer.” [/blockquote]

I shook my head. “And they all played with her, right?”

“That’s why she’s tired, Meg. That’s a lot of stress for a little dog. She’s only 8 weeks old. At that age, the only things they want to do is sleep, eat, and poop – in that order.” I picked up the squirming mass of fur and looked at her closely. “She’ll be fine. Just let her sleep and don’t maul to her death.”

Meggin hung her head, looking somewhat disappointed with my diagnosis. “Are you sure she’s not sick and she doesn’t hate me?”

I nodded and opened the door. “I’m sure. Just let her be a puppy. They’re like babies, and call me if you need anything.”

The call came sooner than I expected, only an hour after I left her. Puppyhood was obviously more traumatic for Meggin than it was for the puppy. Her voice was shaky although it is obvious that she is trying to remain calm.

“Stacy, what happens if a puppy plays in broken glass?”

“What happens is you have a problem!” I replied, not believing that it was even a question. “What happened?”

“Well, I have a picture frame that broke last month, and I was keeping it so I could glue it back together.”

Right, I thought. Because that is what any normal, well-adjusted human being would do. But, I kept my thoughts to myself this time.

“She climbed up on the bookshelf! I didn’t think that there was any way that they could climb up that high.” Her voice was beginning to rise. “When I found her, she was walking on it.”

“I told you to puppy-proof everything, Meggin.” 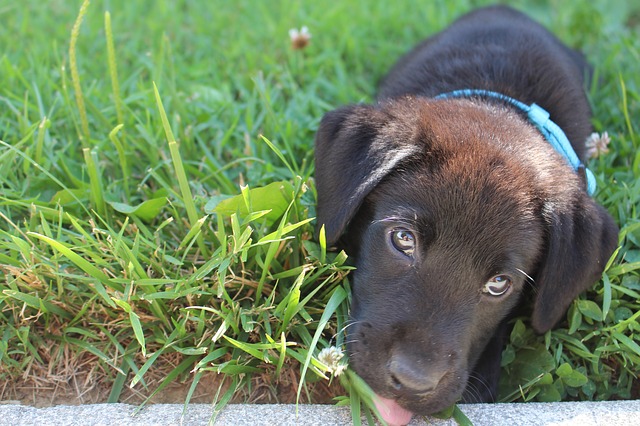 “I did!” She protested. “But I didn’t think that puppies could climb walls!”

Puppy strength, I thought. People underestimate the little creatures. “All right, just calm down. If she’s not bleeding, I’m sure she’s fine. But, check her paws really well. She might have glass in them. If she does, she’ll try to chew it out and then you’ll have a big problem.”

I pause as I hear her yell at the puppy who is apparently eating the new carpet of her apartment. “She’s eating the carpet, Stacy! Oh my God! Stop it, Cody!” and then again to me, “How long is this going to go on?! She is eating everything! It’s like she’s possessed! She eats the wallpaper, the glass table, my clothes, every piece of paper she can find – how long will this go on?”

I think about it for a moment and decide that a lie would be best at this moment.

“Two months.” I say as confidently as I can. The truth would have driven her into a major depression. “Just hang in there for two months. Then she’ll have finished teething and she won’t chew any more.”

“Sure.” I reply, crossing my fingers. “Two months tops.”

“It’s not a prison term, Meggin. It’s a puppy. Enjoy these days! Before long, she’ll be grown up and you’ll be wishing she were a puppy again.”

“I don’t think I would wish that on my worst enemy.” She replies, and I hear her yell at the puppy to stop gnawing on the couch. “I have to go. I’ll call you later.

And I hang up the phone smiling, because I know she will, as I glance over my coyote wrestling his best Beagle-friend to the ground. Just wait until that pup hits her teens. . .