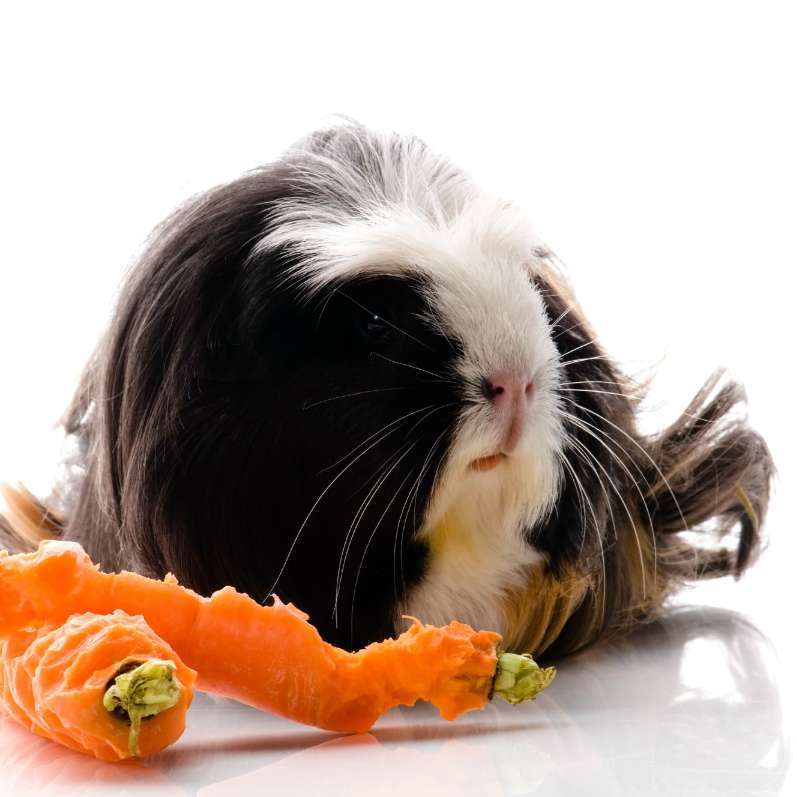 A Coronet is a long-haired breed with a single rosette on the top of the head. The hair from the rosette to the rump is long, without a part. It has a Roman nose. Coronets look similar to the Silkie, but have a crest like a Crested.

They hail from England and were first bred in the early 70s. The Coronet Guinea pig was first a cross between the American Crested Guinea Pig and the Silkie Guinea Pig. Eventually, Americans created the official breed of a Coronet, which was recognized by the American Rabbit Breeders Association in 1998.

These handsome cavies are quite intelligent and will require regular grooming, so it’s not the breed for you if you don’t have an hour or two each day to devote to them.

Unlike their White Crested ancestors, their crests may be any color if you’re planning on showing them. They are also allowed to have white on any part of the body. Their “Satin” cousins have a thicker, more glossy coat, but are not recognized by the ACBA (in the event  you were hoping to show a white crested satin).

The care of your Coronet is much the same as the care of any guinea pig. Be sure to read our information on Caring for your Guinea Pig and also check out Choosing a Guinea Pig as a Pet for a list of things you should know before adopting one as a member of your family.

It’s important to take time to learn about the proper care of these pets, and to remember that they are quite social and will need you to commit to them.

Choosing a Guinea Pig as a Pet