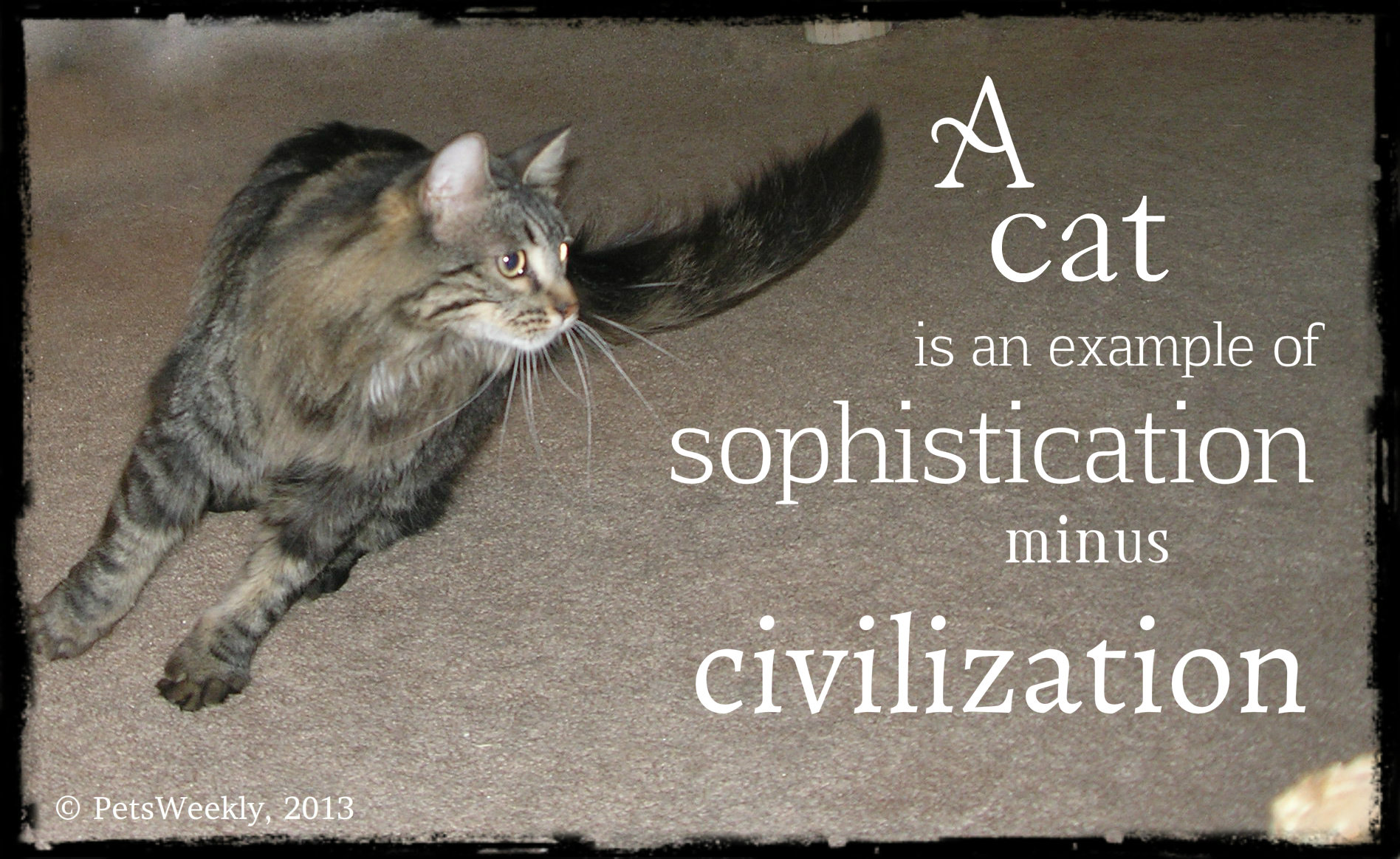 There is no better hunter than a cat (well, with the exception of humans). So, if you live in a multi-species household that enforces a strict “no hunting live game” policy, what do you do with a house full of apex predators? The correct answer is that you provide a proper hunting experience during playtime. Doing this allows your cat to exercise, encourages healthy interaction with one another, and substantially diminishes behavior issues.

However, in order to support a healthy and stimulating environment, you have to identify your cats preferred hunting style in order to find the right toys for them.

In the book, Wild Cats of the World

We expanded and renamed these styles to create a few “big cat” comparisons with our own cats. Remember that these are not “scientifically proven hunting styles” – instead, we wanted to have some fun and show you how to observe the movements of your cats and select a toy that is right for them.

Here is how we have evaluated our cats “hunting styles,” and the toys that we found are best for each of them.

She uses her large paws to “grasp” and pull the prey to her and she is what I refer to as a “frequent flier.” She uses her muscled forelimbs to jump and “catch” her prey mid-air. For her, we have no choice but to use the Neko Flies toys. They are her absolute favorite and we have a solid play time established each morning that Cassie strictly enforces.

She’s very secretive and waits for the prey to walk past her before chasing and grabbing it, dragging it under her as she suffocates the prey. She then drags it away to a safe area, catches her breath, and consumes it. The best toy for her is either the Neko Flies Kattipede Attachment

(nearly all of our cats personal favorite, but we change the lures out for each hunting style), or the Feather Flips

from PetLinks. These toys allows us to drag the lure along the floor as the Cog waits under the bed, anticipating the best time to pounce and then chase it down. The feathers stimulate her into action and she loves being able to carry it back to her rock outcropping (in her case, a catio) and munch on it in peace.

The jaguar is a solitary “stalk-and-ambush” predator. They are very opportunistic in selecting prey. So is Magellan. He only reacts to certain toys and prefers to “kill” the toy with a bite to the head. Since Magellan is one of our wilder kitties, he needs something that is more lifelike and easier to carry away into high places. This is why the Play-N-Squeak Backyard Bird

is one of his favorites. It has feathers and fur, it chirps, and it is lifelike enough that he can take it away to the tree.

He is not selective in his choice of food and is capable of many hunting styles, being an opportunist at heart. He is great at the “stalk and ambush” style of hunting and will bring prey down with a bite to the neck. For him, we prefer the Bergan Catnip Hurricane Cat Toy

. He can lie there and watch the balls roll around for hours, or he can pounce on it and stop the balls, or he can chase them as practice for his stalking.

Alex is very opportunistic, just like a leopard. No prey is off limits – she’ll hunt anything. In the wild, a leopard hunts by stalking its prey and pouncing at the last minute. So does Alex. Leopards then carry their prey into the tree. So does Alex. She loves to climb and she loves to eat her prey in solitude. The best toy for Alex is something she can pounce on and carry away. The Play-N-Squeak Mouse Hunter

is perfect for her because it makes a noise like a little mouse, is perfect mouse-sized and really evokes her “wild” instincts.

Hephaestion is lazy, a bit of a bully, and feels like he is too noble to actually hunt. He would prefer the prey to be brought to him by a harem of beautiful lionesses, and doesn’t like to lower himself to hunting. But, we don’t allow harems in our home, so he must find other ways to amuse himself. That’s why the Stimulo Cat Feeding Station and Activity Center

is perfect for him. He has to reach in and grab his food (that has been served to him) and the different heights make him think about the best course of action. This also serves as a great way to get him to work for his food rather than wolf it down. He’s our biggest cat and we want to make sure he doesn’t get any bigger.

Seriously. Una is our gentle cat and would prefer that everyone just get along. He goes with the flow, likes everyone to get along, and just wants to hang out in his cave. He doesn’t even really like to play. His favorite thing in the world is to be brushed, so for this reason, we have a 3-in-1 Grooming Glove

that lets me groom him while I pet him. It’s perfect for his short coat and removes the hair while we pet him. It fits over my hand like a glove and is super soft, but still gently removes hair.

Isabo is a very shy cat who often needs some additional encouragement to even show her face to the pride. This is why she does so well with the Supercat line of catnip products. Isabo loves interaction with humans, but not with other cats. The paper doesn’t frighten her, and it’s microencapsulated catnip bursts each time she plays with it. She loves to fetch and being able to crumble little pieces of catnip paper into a ball and tossing it towards her gives her that valuable interaction with humans and the SuperCat Catnip Caves

gives her a place to hide safely away while the catnip gives her some catnip-encapsulated kitty courage to interact with other cats.

What is your cat’s hunting style and which toys do you like best?