The Legend of St. Patrick 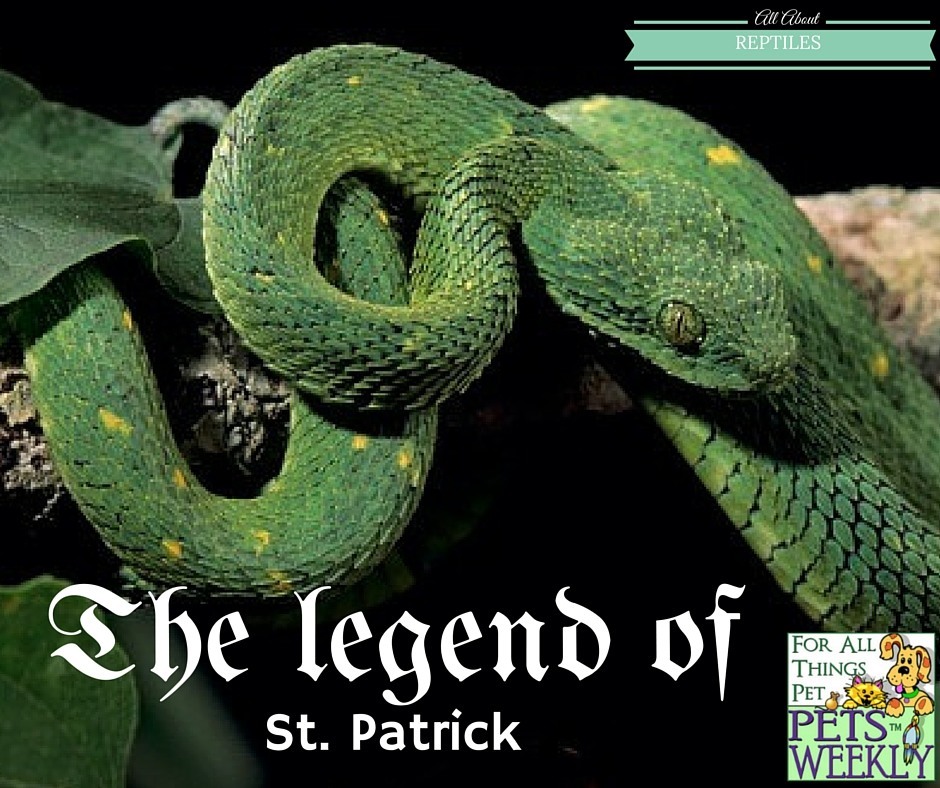 There are many legends surrounding the life of St. Patrick. Of course, the one that we’re most interested in is his reputed “mass exodus” of snakes from Ireland. Here’s the short version:

It is believed that in 441 A.D., St. Patrick fasted and prayed for 40 days at the summit of Croagh Patrick (“the Reek”) in County Mayo.

During this time, as blackbirds assaulted him, St. Patrick continued to pray and ring a bell as a proclamation of his faith. It was while he was atop the mountain that St. Patrick drove all the snakes of Ireland into the sea, effectively “saving” Ireland from some “snake revolution”.

In answer to his prayers, an angel appeared to tell him that the Irish people would retain their Christian faith for all time.

Historians generally agree that this myth serves as a metaphor for the good works of St. Patrick.

Since snakes are a common pagan symbol — and seeing as how they are not found in Ireland — the tale really symbolizes St. Patrick driving paganism out of Ireland.

The Druids believed that a four-leafed clover could help in spotting witches or other demons.

This color represents Ireland (also known as the “Emerald Isle” – get it?), the shamrock, and Spring.

Obviously, the color green is as closely associated with St. Patrick’s Day as the color red is with Valentine’s Day.

Many schoolchildren and others — Irish or not — wear green on St. Patrick’s Day.

This famous Blarney Stone (Cloch na Blarnan) is set in one of the battlements of the Blarney Castle in Ireland.

The Blarney Stone is a legend, gifting whoever kisses it with the gift of gab. The legend stems from an ancient legend that an old woman cast a spell on the stone as a reward to the king for saving a relative from drowning. Under the spell, the king spoke eloquently and enchanted his people.

According to legend, kissing the Blarney Stone brings the kisser “persuasive eloquence” (“blarney”).

Of course, kissing the Blarney Stone is no easy task – you have to lay on your back and hold onto a metal bar due to the stone’s unusual location.

Learn more about legends and superstitions: